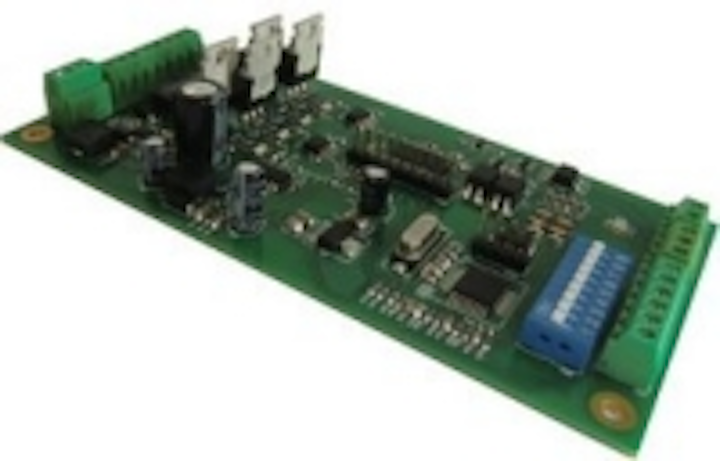 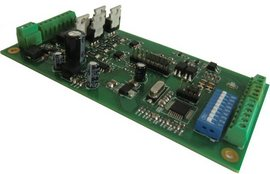 Integrated System Technologies (IST) Limited, the British manufacturer of iDrive® intelligent LED lighting driver solutions, announces it has invented the world’s first commercially available LED driver that can control the LED current from one millionth of an Amp to over 2.1 Amps in a single output stage.

The breakthrough ultra-wide dynamic dimming ratio of 2,000,000:1 provides unparalleled LED current control with the benefits of truly healthy lighting that, unlike other driver control systems, does not need pulsing of the LEDs to achieve the dynamic range.

Traditional LED drivers that use DC (non-pulsed) dimming usually have a limited current dimming ratio well below 256:1 and even LED drivers that utilise current pulses through the LEDs often only achieve 16-bit resolution in theory and 10-bits in practice, which culminates in lower colour and contrast control of LED fixtures.

As LED and OLED lighting fixtures increase in efficacy, their penetration of the lighting market will rapidly increase and many researchers are studying the health impacts of these new light sources. One of the major issues seen with artificial light sources such as LEDs is the health impact due to flicker/ripple current and the frequency of the flicker. The majority of LED dimming solutions available today can be categorised as either DC or pulsed dimming, but each method has significant drawbacks. With DC LED dimming solutions, the dimming dynamic range is usually 256:1 or less and the systems have a lower dimming range of between 5 and 20% before becoming unstable, according to the maximum forward current required. Pulsed dimming driver solutions based on modulation techniques such as Pulse Width Modulation (PWM) offer higher dimming dynamic ranges up to 65535:1, but have very high ripple currents (100%) that can cause noticeable visual effects and potential health issues, especially if the pulsing frequency is low (few hundred hertz).

The IST research and development team has spent the last 18 months developing and perfecting a new dimming control technique that has visual health and healthy lighting systems right at its core. The new healthy driver systems are built upon IST’s iDrive® digital signal processing (DSP) platform and provide 16-bit DC dimming with exceptionally low LED RMS ripple current of less than 5%. The system is able to control the LED or OLED forward currents down to 1 millionth of an Amp and offers up to 98% stage efficiency at a maximum forward current of 2100mA.

Geoff Archenhold, Director and lead innovator at IST, enthused: “The IST team have invested close to 10 man years of development time in perfecting the hybrid dimming technology and we believe it offers the most advanced solution for those that are sensitive to healthy lighting system design. The team didn’t just focus on the technical challenges found in conventional driving techniques, but understood that driver costs were a key priority for our customers which meant we had to utilise standard off-the -shelf components to achieve the high performance. The technology works with all LED solutions and is just as applicable to OLED designs as it is with LEDs”.

Nina Blackmore, Marketing Manager at IST stated “The patented hybrid dimming system offers unparalleled dimming control and it now becomes simple to replicate incandescent lamp dimming with LED fixtures, as well as step-less dimming at very low light levels. Today, the highest efficiency LEDs switch on from just 100 millionth of an Amp and most customers find that even a 5% dimming level of a 700mA LED fixture (35mA) is too bright for the majority of applications, so the IST hybrid dimming solution offers future-proof dimming even for white LEDs that reach 250 lumens per watt levels”.

Contact
For further information on IST’s hybrid dimming system or any iDrive® LED driver products, then please contact Nina Blackmore at marketing@istl.com or by calling +44 (0)1922 457712.