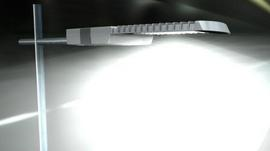 The "BEKA LEDlume" is the latest range from the South African street lighting manufacturer BEKA. All variations of these luminaires are equipped with Oslon SSL LED by OSRAM Opto Semiconductors. The "BEKA LEDlume" are designed to improve the energy efficiency and durability of lighting in the streets of the African continent.

Back in 2010, BEKA equipped its luminaires for the World Cup stadia in South Africa with LED supplied by OSRAM Opto Semiconductors. Upon selecting the LED for the new street lights “BEKA LEDlume”, BEKA was again convinced by the products provided by the Regensburg manufacturer of semiconductors: the choice was made in favour of Oslon SSL LED. They are particularly compact, with housing dimensions measuring three by three millimetres, and thus enable a great variety of design possibilities. With a light colour of 4,500 K and a colour rendering index (CRI) of 70, the luminaires ensure pleasant light conditions on the streets of Africa.

An additional benefit of the modern LED street lighting is the high efficiency of Oslon light diodes, their light yields more than 100 lm/W at 350mA. By consequence, the BEKA LEDlume uses approximately 50 percent less energy than the technology that has been applied so far. Optionally, the BEKA LEDlume can also be furnished with the ambient light sensor SFH5711 by OSRAM Opto Semiconductors, which automatically adapts the brightness of the luminaires to the ambient light or to customer-specified preferences. Thus, by dimming or intelligent switching of the luminaires on or off, even more energy can be saved.

BEKA LEDlume is available in numerous versions – ranging from 16 to 90W power consumption. Depending on the version, twelve to 60 Oslon SSL LED per luminaire are required. Thus, the street lights comply perfectly with the special requirements of the African continent. For instance, the 12 and 24 volt versions are also suited for operation with solar power. Further, the special thermal conditions of the continent have also been taken into account: the luminaires are designed for ambient temperatures of 35 degrees Celsius, and as a result, in spite of the high temperatures, the durability of the LED is not affected. Lasting more than 50,000 hours, the average durability of the LED also complies with the L80 Standard. This means that once the service life of the luminaire has expired, it will still generate more than 80 percent of the original brightness.

Ryan Hunt, Country Manager at OSRAM Opto Semiconductors in South Africa, commented on the renewed co-operation with BEKA: "We are very happy that BEKA has decided to use our Oslon SSL LED in their BEKA LEDlume. The consistently high quality of our products, as well as our good relationship with BEKA, is what this project and many other joint projects have been based on."