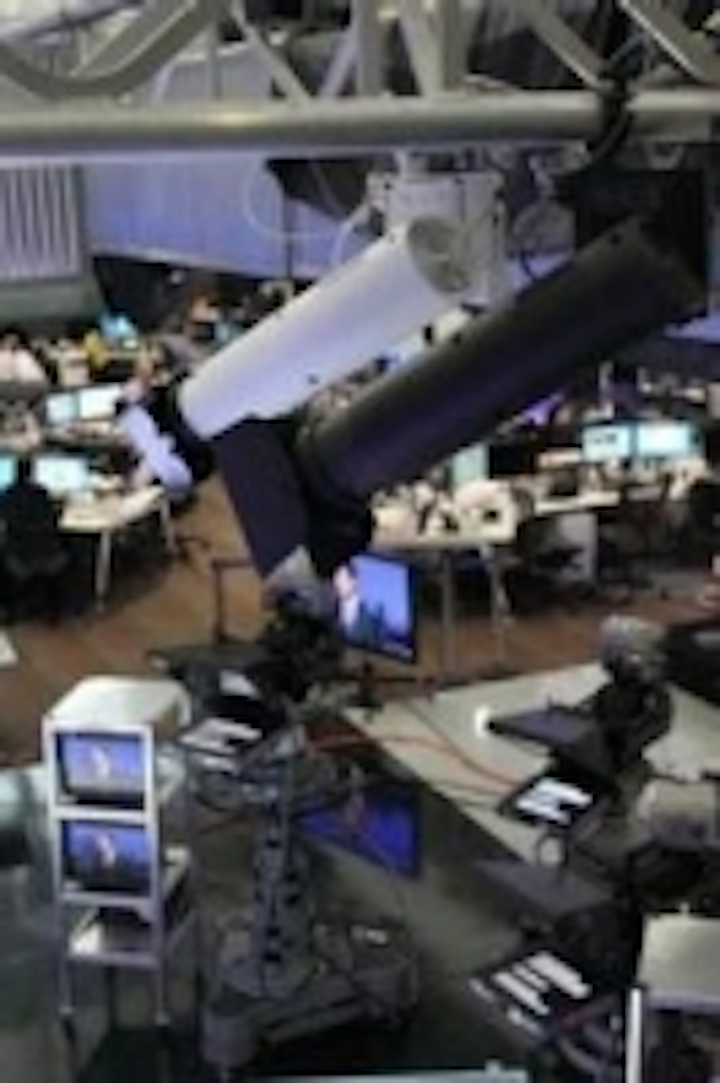 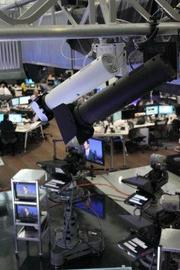 Sydney, Australia - 2011 has been a big year for the Ten Network in Australia. Having instigated a number of adjustments to its programming lineup and increased its airtime, the Network recently invested in a significant revamp of its Sydney newsroom and studio.

As part of this refurbishment, Network 10 lighting director Pete Koole examined ways to make his lighting rig more cost effective, reliable and easier to use. During his research he came across the Philips Selecon PL1 LED luminaire. “I could see straight away that the PL1 LED had great potential as keylight in the news studio”, he says. Koole now owns 18, all fitted with wireless receivers and he is delighted with them!

The PL1s have addressed a number of issues. Koole’s newsroom is situated at the bottom of a five-story atrium and vulnerable to fluctuating colour temperatures from the changing ambient natural light. He also has to deal with a suspended lighting grid cluttered with acoustic baffles and other studio hardware. The PL1 LED wireless receivers require no DMX cabling, however there is capability to run DMX from the receiver to other non-wireless luminaires such as florescent softlights. This makes each PL1 receiver a mini DMX ‘Hub’ for the rest of the rig and allows Koole to do a total re-rig in a couple of hours instead of the eight or so it used to take!

Until Koole purchased the PL1s his rig comprised single ended fluorescents and 250W MSR Fresnels. “The studio lights are on and off from 5.00am in blocks ranging from 15 minutes to three hours until 10.30pm,” Koole explains. “My main keylights averaged 10–12 hours per day. The beauty of the PL1 is that we can turn them on and off without worrying about the halogen cycle. With the MSRs we had to run them for at least 20-30 minutes to avoid failure of the lamps or components.”

“This duty cycle resulted in high maintenance costs: “The 250W MSRs were a good light and they worked well but we were changing them every three months,” says Koole. “At $230 per lamp it was costing almost $1000 per year per fitting!”

Energy saving has also been a goal of the Ten Network so being able to reduce the power draw from the 250W MSRs and 220W fluorescents to the 90W of the PL1s was a huge bonus.

Koole discovered further advantages: “The beam spread is completely even across the field. I really like being able to pan the PL1. If the presenter moves off the mark the intensity doesn’t change. This has been great, especially in the case of chroma keys or when they’re in front of large plasma screens. The shaping of the beam can perform like a soft edge profile, so it’s an ideal keylight”.

Colour balancing the PL1 LED and integrating it into the studio rig is something that Koole has found surprisingly easy. “Initially the TDs were a little skeptical about the colour from an LED source. We colour balanced the cameras on the (reference) chart to the existing sources, then took them out and faded up the PL1s, which we matched to the MSRs. I then swapped between the PL1 and the MSRs on the desk and nobody could tell the difference on camera. Plus I can now use colour during a show if I need to.”

Koole is impressed that he can counteract the coloured spill that can bounce off LED lit sets onto presenters’ faces. If he’s getting a blue glow from a wall he’s able to tune this out so the face appears neutral on camera.

An increasing number of studios and broadcast facilities around Australia are using the Philips Selecon PL1 and they’re fast becoming the lighting tool of choice for lighting designers from broadcasters and media organizations worldwide.

Philips Entertainment Lighting accommodates a diverse range of entertainment applications including: stage and set lighting, film and broadcast lighting, and video-based effects and displays. It also supports architectural lighting of performance venues, whether to enhance theatre lobbies or to create a dynamic exterior effect to coincide with performances.

With the acquisitions of Color Kinetics, Genlyte (including its Vari-Lite and Strand Lighting brands) and Selecon, Philips dramatically expanded its entertainment lighting portfolio from specialty lamps to the industry-leading luminaries and control systems that are prevalent in the field today. Collectively, the group provides wide-ranging products from simple lamps to complete solutions designed with the specific needs of the entertainment market in mind.

About Royal Philips Electronics
Royal Philips Electronics of the Netherlands (NYSE: PHG, AEX: PHI) is a diversified health and well-being company, focused on improving people’s lives through timely innovations. As a world leader in healthcare, lifestyle and lighting, Philips integrates technologies and design into people-centric solutions, based on fundamental customer insights and the brand promise of “sense and simplicity.” Headquartered in the Netherlands, Philips employs over 120,000 employees with sales and services in more than 100 countries worldwide. With sales of EUR 22.3 billion in 2010, the company is a market leader in cardiac care, acute care and home healthcare, energy efficient lighting solutions and new lighting applications, as well as lifestyle products for personal well-being and pleasure with strong leadership positions in male shaving and grooming, portable entertainment and oral healthcare. News from Philips is located at www.philips.com/newscenter.