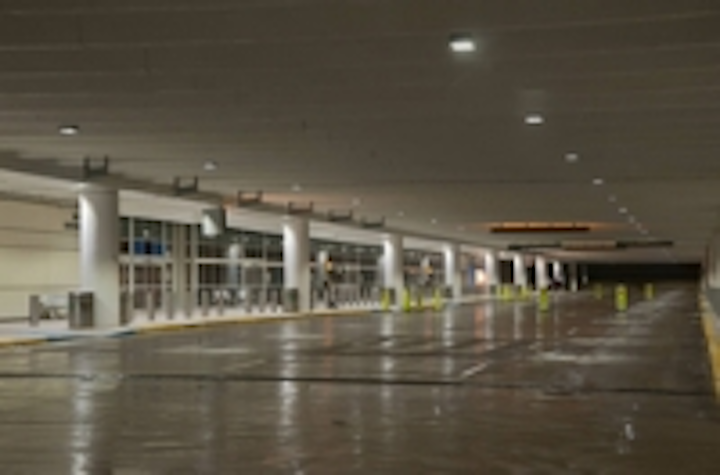 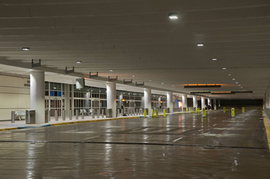 Project Goals
In fall, 2010, the airport underwent a major customer service initiative that included a curb-front beautification project to make the area cleaner, safer and more welcoming to travelers. CRAA was in search of a 24/7 lighting solution with virtually no maintenance.

While conducting research on sustainable approaches for the curb-front project, Kennedy took notice of publicity about Boston’s General Edward Lawrence Logan International Airport and the positive results of the BetaLED installation. A cost analysis comparing the savings and payback period of a BetaLED solution to metal halide showed Kennedy that a retrofit with LED luminaires provided the most efficient and highest performing result.

“We sought to install one-for-one replacements that would improve lighting performance and outlast the old HID system that was costly to maintain. All things considered, after realizing the short payback timeframe and energy and maintenance savings the decision was easy to make,” related Kennedy.

Savings Summary:
344 BetaLED luminaires installed on two levels of the airport passenger drop-off, arrival and baggage claim area, and a covered pedestrian walkway, has significantly reduced energy use. In addition to the significant energy savings, the new installation will allow the CRAA to realize significant maintenance savings as well. When combined with an approximate $36,000 rebate from an AEP (American Electric Power) Gridsmart Rebate program from their local utility, CRAA expects to save over $80,000 in the first year alone.