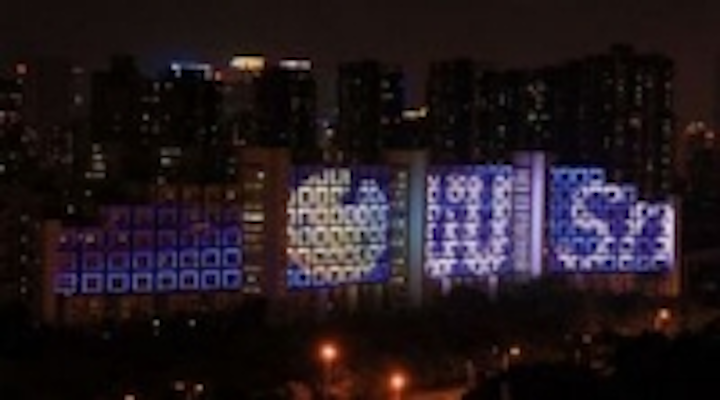 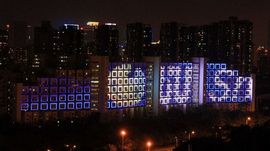 In the lighting projects, Clear supplied a series of LED lights including LED linear tube lights, LED spot lights and LED wall washers for a number of buildings and apartments neighbouring the stadiums hosting the Games. Clear team visited the projects of Great Wall Building, Lantian Building and so on.

Mr. Li Menjun, the president of Clear, shared his idea of light art to the staff in the tour. "Every salesman hopes to sell more products. However, the best salesman understands the design idea and recommends lights of appropriate amount and functionality," said Li. "A salesman should be a connoisseur for lighting art before selling products."

Li also indicated that Hongkong ranks top 3 board of "The Most Beautiful City Night Scenes" although it isn't crazy about LED lights. The combination of the city's unique landform, dense skyscrapers and appropriate lights delivers amazing charm to all visitors and citizens in Hongkong. It's a long way to go for Shenzhen.

About Universiade
Universiade, short for World University Games, initially begun in 1959. The 26th Universiade is to be held on August in Shenzhen. To welcome visitors from all over the globe, Shenzhen launched a number of lighting projects.