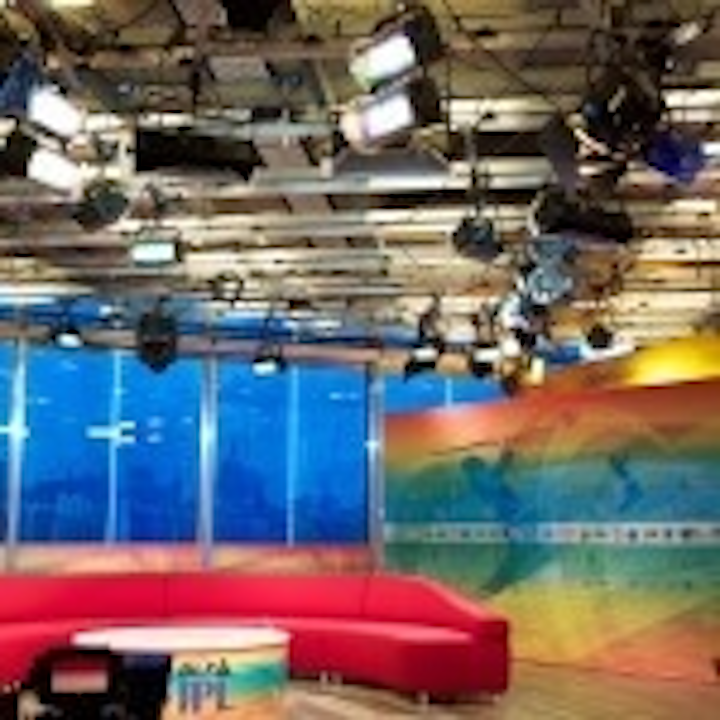 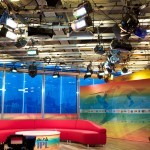 When Daybreak, a UK TV ‘breakfast show,’ was launched at the end of last year, it was with a flourish. Not only did the station spend a great deal of money enticing stars from other channels but they knew the set needed to look great.

The studio, on the south bank of London’s River Thames, has windows on three sides, facing iconic St Paul’s Cathedral. In the winter it’s dark out when Daybreak comes on air at 6:00am, but gradually it gets brighter (until full sunlight potentially streams through the windows) by the program’s end at 9:25am.

Lighting director Matt Carter looked to technology to solve the lighting problems that the natural-light changes might present. Employing Stage Electrics, he first had almost £130,000 (approx. $212,000) worth of dimmable 2.5-meter-high (approx. 8-feet-high) glass windows installed, which, when attached to an ETC Unison Paradigm control system, automatically varies the ambient light levels. Stage Electrics’ project manager Chris Patton explains: “We installed an ETC Paradigm dimming system with daylight-harvesting sensors on the outside of the building, which monitor the sunlight falling on each section of glass. The system then dynamically adjusts the tint to balance the amount of ambient light in the studio.”

“For manual operation,” continues Carter, “we installed touchscreen panels in the studio and the control room and finally linked the whole system into the ETC lighting network to allow the SmartGlass to be controlled from the ETC Congo jr lighting desk."

Carter had the entire existing lighting rig ripped out and new gear brought in. “Jeremy Roberts, ETC’s associate regional manager for the UK and Ireland, brought an ETC Selador Vivid-R LED fixture and a traditional 1.2k HMI lamp, and we did a shootout,” he explains. “To our surprise, the Selador was brighter. We didn’t believe it, so we turned everything off and had another go -- and, true enough, the Selador was definitely outperforming the HMI.”

“We ended up installing around 70 Selador fixtures, comprising about 95% of our rig. We only use the tungsten for when we want something for live music acts, which take place on a small stage at one end of the studio.”

“The Seladors allow me to mix the incoming natural light with the studio lighting perfectly, and because of the range of colors the fixtures output, we know that the white balance will always be perfect. These were the only lights that we’re aware of that have such impressive brightness and saturation.”

Because Daybreak hires its studio from the London Television Studio complex, the producers never see the cost savings. “However,” says Carter, “we used to use 360A continuously throughout the three-hour show. Now we just use 67A for the entire rig. Of course, the added effect of this is less heat and less weight.”

There was a rumor in the tabloid newspapers that the TV station had asked St Paul’s Cathedral to keep the lights on first thing in the morning, so it would be lit up for the show. This was, reports Carter, nothing more than an idle suggestion -- although, he adds, it’s in the line of sight of the studio, so theoretically they could control the lights from their control room by wireless DMX.

For more information on ETC and its products, please visit www.etcconnect.com