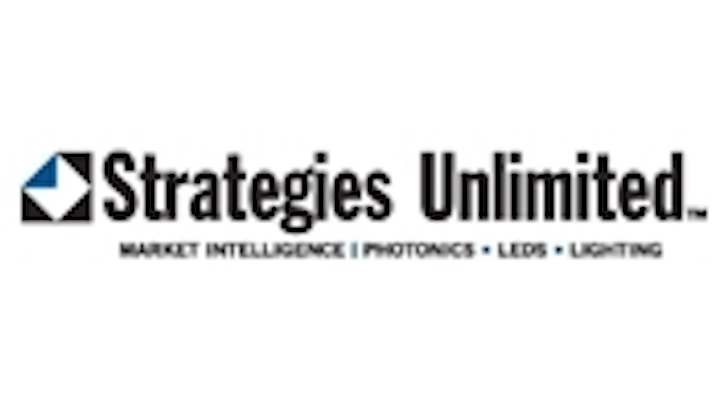 MOUNTAIN VIEW, CA—The latest report “LED Luminaires—Market Analysis & Forecast”, Third Edition, from Strategies Unlimited characterizes the market for LED luminaires by applications. The decline in the price of LED light sources helped to trigger growth in the market. The revenues grew from $7.3 billion in 2011 to $9.4 billion in 2012, a growth of 28%. The e forecast CAGR for Revenues for LED Luminaires in all applications for 2012-2016 is 18%.

The market growth for LED luminaires is robust across with most regions growing at a CAGR of more than 15%. ROW will be the fastest growing region at a CAGR of 23%. Except for consumer portable and emergency lighting applications, all other applications are expected to have CAGR in double digits.

With the conversion of the main stream office lighting starting end of 2014, commercial lighting is expected to dominate other applications with a CAGR of 31%. Residential lighting applications starting from a small base and with help from the sale of ceiling lights in Japanese homes will have a CAGR of 23%. For outdoor lighting, in spite of CAGR of 37% for units, the revenues are expected to grow on an average 17% between 2012 and 2016.

Contact
For more information, contact Strategies Unlimited at +1 650 941-3438 (voice) or e-mail at info@strategies-u.com, or check the company's web site at www.strategies-u.com.