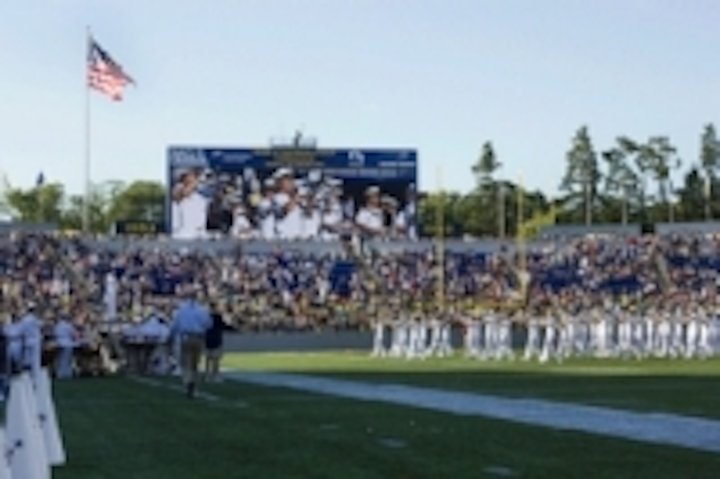 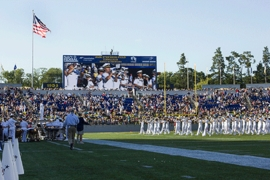 BROOKINGS, S.D. – As college bowl season arrives, 24 of 30 venues hosting college football bowl games will be enhancing the fan experience with video displays or other equipment from Daktronics (Nasdaq – DAKT) of Brookings, S.D. With some venues being used for multiple games, Daktronics equipment will be in use for 28 of 35 total college football bowl games and 11 of 35 games will be receiving event support from Daktronics.

“It is exciting for Daktronics to play a part in the culmination of the college football season,” said Jay Parker, Daktronics vice president of live events. “We’re proud to have our equipment in use at the majority of the bowl games and appreciate our customers for putting their trust in our products to perform on the biggest stage that college football has to offer.”

The championship bowl game and the Rose Bowl game will be played at the Rose Bowl stadium in Pasadena, Calif., which features a Daktronics LED video display measuring more than 2,300 square feet – 30 feet high by nearly 77 feet wide. Installed in 2011, the display features a 15HD pixel layout to provide crisp, clear imagery at wide angle visibility to appeal to every seat in the stadium.

The Military Bowl will be played at Navy-Marine Corps Memorial Stadium in Annapolis, Md., a location that received the latest in LED technology from Daktronics prior to the start of the 2013 season – a 15SMD LED video display. SMD, or Surface Mount Device, technology applies 3-in-1 LEDs to space pixels closer together. The result is greater resolution for clearer, more defined imagery on the display. The display at NAVY measures approximately 25 feet high by 88 feet wide for a total of more than 2,200 square feet of display face.

Out of the 35 bowl games, Daktronics will be providing on-site event support for 11 of those facilities that also have Daktronics equipment, including the following:

Daktronics also has equipment at the following facilities that will be hosting college football bowl games: