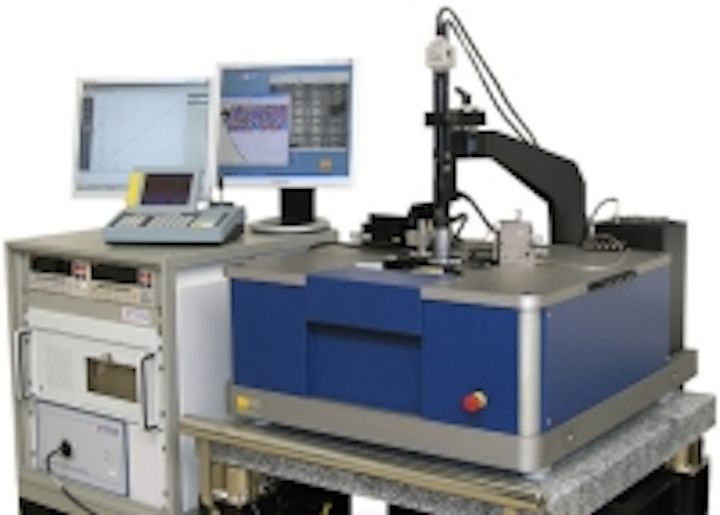 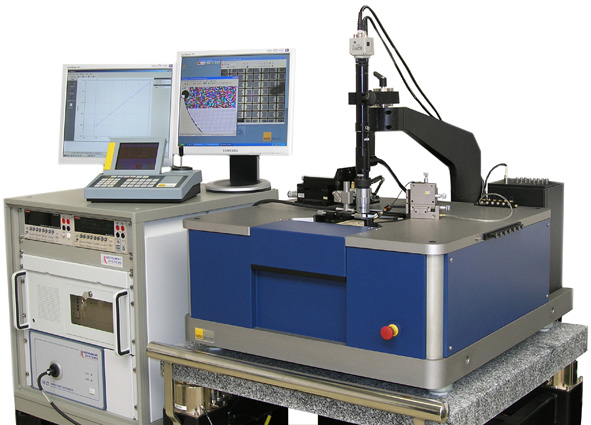 Optoelectronic devices, such as LEDs, are becoming widespread in everyday applications. This means that testing the numerous devices on each wafer needs to be done quickly and effectively. In order to achieve cost-effective production, manufacturers use the bonding pads as testing pads. If these pads are damaged, then the entire device is unusable. Additionally, if a device is not contacted by the probes, then potentially bad dies could be packaged – also a costly error.

With the BlueRay’s z-axis accuracy, it is now possible to be fully confident in test results from both wafers and substrates. The BlueRay’s precision guarantees a safe, repeatable electric contact with the device under test (DUT), which reduces pad damage and eliminates probe mark inspections. The communication between the prober and the controller is also optimized to provide a fast cycle time, which is critical in high throughput testing. Of course, the probe system is also semiautomatic, allowing manufacturers to automate test processes.

“We are proud to have the reputation as the market leader in precision,” states Frank-Michael Werner, Optoelectronics Product Manager at SUSS. “That being said, we saw a substantial need in the market for a probe system capable of combining high precision with high speed. We are pleased to say that the BlueRay does both.”