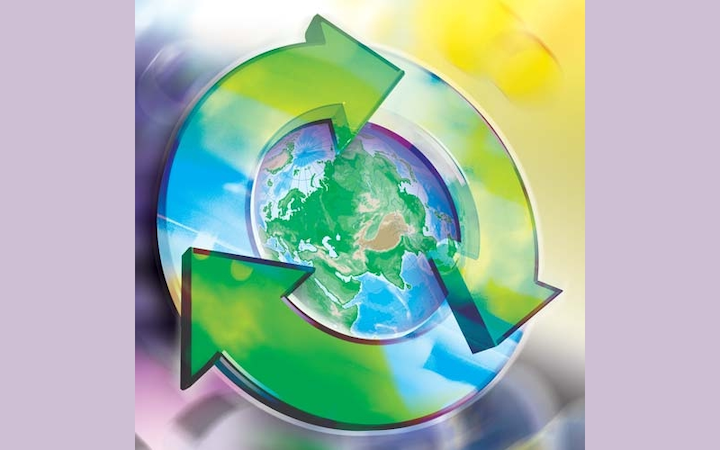 NEW YORK – The Natural Resources Defense Council (NRDC) today joined other environmental and consumer advocacy groups in a lawsuit challenging the U.S. Department of Energy’s rollback of energy-saving standards for the billions of light bulbs that fill about half of the conventional sockets in America, a reversal that will significantly increase consumer energy bills and climate pollution.

“It’s outrageous that the Department of Energy turned its back on the law passed by a bipartisan Congress and supported by industry more than 12 years ago to ensure our lighting is as energy efficient as possible,” said Kit Kennedy, senior director of NRDC’s Climate and Clean Energy Program. “It’s not only illegal to backtrack on energy efficiency standards, the United States will become the dumping ground for the inefficient incandescent and halogen models already banned in Europe and being phased out by countries around the world.”

The NRDC filed suit with Earthjustice (representing the Sierra Club, Consumer Federation of America, and Massachusetts Union of Public Housing Tenants); the U.S. Public Interest Research Group; and Environment America in the U.S. Court of Appeals for the Second Circuit. In addition, a group of 15 states led by New York and California, plus the city of New York and the District of Columbia, filed a separate lawsuit in the same court. The lawsuits contend the Trump administration’s Department of Energy (DOE) acted illegally in reversing its 2-year-old rules expanding the types of bulbs required to become more energy efficient as of Jan. 1, 2020, under a law passed by Congress in 2007.

At issue are a variety of bulb types, including four categories of common light bulbs: three-way, flame- or candle-shaped, globe-shaped versions commonly used in bathroom vanities, and reflector models installed in recessed cans and track lighting. Together, they are designed to go into about 2.7 billion U.S. sockets. Including them in the efficiency standards, would save consumers and businesses $12 billion as of 2025 and avoid the need to generate 25 large power plants’ worth of electricity. The additional pollution will equal the annual tailpipe emissions of 7 million cars.

Separately, the Energy Department also has announced it does not plan to update the standards for the regular, pear-shaped bulbs in America’s homes and businesses. NRDC is filing opposing comments with the agency today, but that agency action is not part of today’s lawsuit.

President George W. Bush in 2007 signed bipartisan legislation to phase out inefficient incandescent and halogen light bulbs by Jan. 1, 2020. The first tier of standards (phased in between 2012 and 2014) required light bulbs to use 25 to 30 percent less energy than old-style incandescent bulbs. The second tier was due to become effective in 2020, requiring everyday light bulbs (called general service lamps under the law) to use about 65 percent less energy.

The law, which was supported by the lighting industry at the time, also required the DOE to periodically review the lighting market to see whether bulbs originally exempted from the law should become subject to the lighting efficiency standards. The Obama administration DOE in 2017 said its analysis justified adding the additional types of bulbs.

However, the Trump DOE announced this year that it was reversing that decision even though almost 64,000 comments were registered against the rollback, including 37 major electric utilities serving 55 million customers in 42 states and the District of Columbia. The only support came from a few people who oppose regulations in general, five lighting companies, and their trade association.

“It’s a sad day in America when the federal government makes a decision that increases household bills and pollution just so lighting companies can keep selling bulbs that burn out in a year or two,” Kennedy said.

NRDC energy efficiency advocate Joe Vukovich will post a blog about the lawsuit: https://www.nrdc.org/experts/joe-vukovich/light-dark-places-nrdc-sues-defend-efficient-bulbs . Additional background material can be found at: https://www.nrdc.org/sites/default/files/lighting-standards-2019-fs.pdf . A link to the petition for review is at: https://www.nrdc.org/resources/nrdc-petition-review-final-rule-us-doe?nrdcpreviewlink=SP6Ja6RWlFim7_iezOppxhdlvL0DPF2pHf741WvBehU. The states filing the separate lawsuit are New York, California, Colorado, Connecticut, Illinois, Maryland, Massachusetts, Maine, Michigan, Minnesota, New Jersey, Nevada, Oregon, Vermont, Washington, the District of Columbia, and the City of New York.

The Natural Resources Defense Council (NRDC) is an international nonprofit environmental organization with more than 3 million members and online activists. Since 1970, our lawyers, scientists, and other environmental specialists have worked to protect the world's natural resources, public health, and the environment. NRDC has offices in New York City, Washington, D.C., Los Angeles, San Francisco, Chicago, Bozeman, MT, and Beijing. Visit us at www.nrdc.org