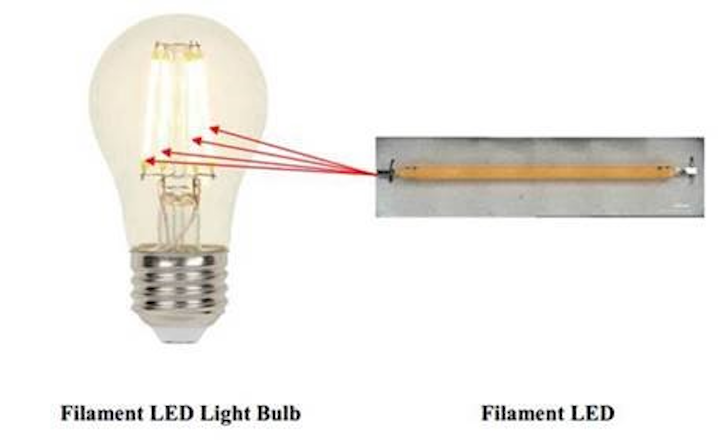 Spearheading fairness in the relationship between university tech transfer and industry

(Los Angeles) — A Nixon Peabody team is representing the University of California (UC) in a first-of-its-kind direct patent enforcement campaign against an entire industry to protect UC’s rights in the reinvention of the light bulb by a Nobel laureate-led research group at UC Santa Barbara.

UC’s patents in this campaign are fundamental to a new generation of light bulb technology known as filament LED, which replaces traditional incandescent light bulbs while using about 90% less energy and lasting many years longer. Light bulbs made with UC’s patented filament LED technology are often referred to as “Edison” or “vintage” LED light bulbs because they resemble Thomas Edison’s iconic light bulbs with glowing filaments visible inside glass bulbs. This revolutionary technology invented at UC Santa Barbara saves money and reduces energy consumption and waste, making meaningful contributions to solving some of the world’s most serious problems.

Because these products are substantially all manufactured overseas, this enforcement campaign is focused on infringement that occurs when filament LED lighting products arrive on United States shores and enter the retail marketplace. UC Santa Barbara is seeking to establish licenses with retailers that import and sell these products.

In one of the first instances of a university appearing as the sole complainant before the U.S. International Trade Commission (ITC), UC has requested the ITC to launch an investigation into the unauthorized importation and sales by Amazon.com, Bed Bath & Beyond, Ikea, Target, and Walmart of filament LED technology covered by UC’s patents and to issue limited exclusion and cease and desist orders to prevent retailers from importing and trafficking in these products without UC’s permission. Lawsuits seeking the payment of reasonable royalties were filed in U.S. District Court in Los Angeles against the same retailers.

“The goal of this campaign is to ensure that UC’s patent rights are respected so it can reinvest in education and research to create more world-changing technologies,” said Seth Levy, a Los Angeles-based partner at Nixon Peabody. “It also is a message to entities throughout the private sector that university intellectual property rights cannot be infringed with impunity.”