For architects, solid-state lighting presents a rainbow of design possibilities, and the Kuo Hua Insurance Building in Taipei shows what is possible with this lighting technology. 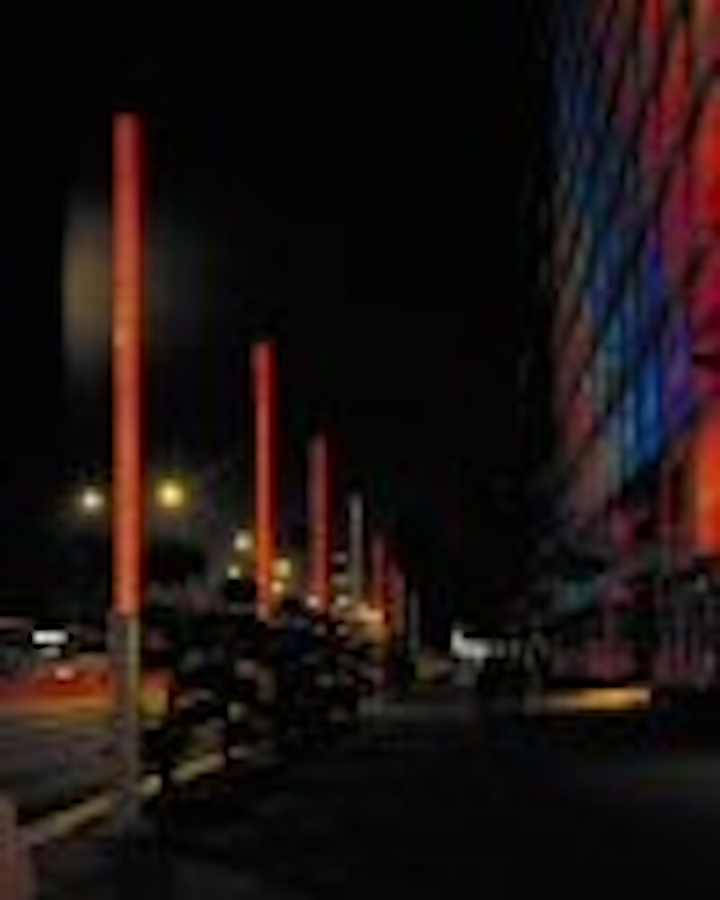 Completed just in time for Chinese New Year in January 2004, this landmark 16-storey building in downtown Taipei was designed to incorporate a dynamic night-time lighting system that changes color throughout the evening, according to a prearranged program.

While many building owners prefer white or more standard color washes on their buildings, the Kuo Hua Insurance Building was designed to showcase the bright lights and color potential of solid-state lighting products, as well as to provide significant visual interest for the downtown Taipei skyline. It does both, and very effectively.

During the day, the office windows are transparent until dusk. At that point, automated screens drop down, creating reflective surfaces that transform the windows into light boxes. Each light box contains three TIR Destiny CW (ColorWash) luminaires to wash the interior of each box with even, color-changing light, turning each window into a giant "pixel" of color.

The optical performance characteristics and the solid-state technologies in the LED lighting product deliver the even, wall-washing illumination that is fundamental to making this lighting project a success.

Each of the 220 color-changing "pixels" (three Destiny luminaires in each window pixel) is individually programmed to be part of a nightly show on the building's exterior facade. The resulting building illumination looks much like a giant colored checkerboard pattern that constantly changes color and shade, both vertically and horizontally, delivering interesting wave-like patterns as colors "march" across or down the building over the course of the evening.

The show is created through a programmable DMX control system that sends instructions to the red, green and blue LEDs inside the luminaires through the onboard controller in each Destiny CW unit.

The end result is a colorful and dramatic glimpse into the future possibilities of solid-state lighting technology, smartly integrated into the architectural look of the Kuo Hua Life Insurance Building.