In the first of a series of LED holiday lighting stories, the famous New Year's Eve ball for the celebrations in Times Square, New York, has been fitted with LEDs. 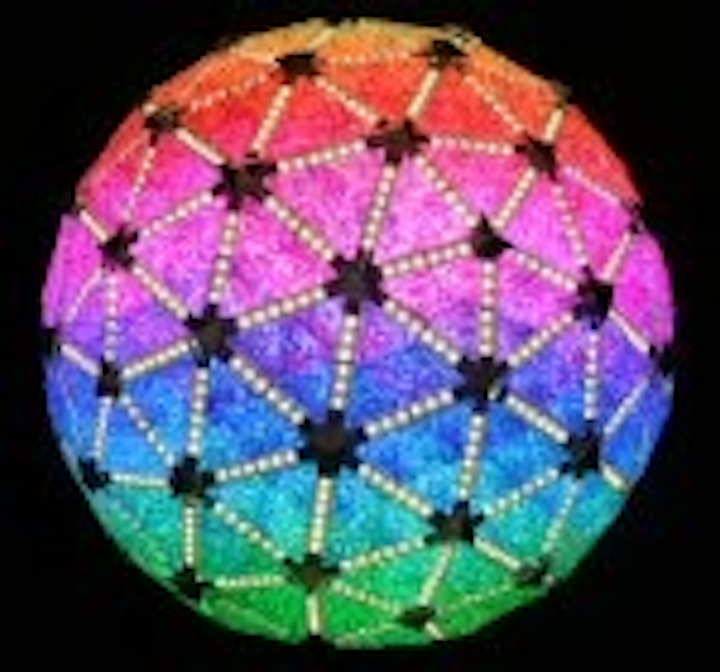 In time for its 100th anniversary, the Times Square New Year's Eve ball has been fitted with 9,576 Philips Luxeon LEDs. The LEDs replace 600 incandescent and halogen lamps. (The LEDs, or the lamps in the older version, are not all switched on at the same time.)

The lighting designer for the project was Focus Lighting of New York City.

Red, green, blue, and white LEDs will create a broad range of color options that are far more vibrant and saturated than in the prior year. The average rated life is 50,000 hours, compared with 1000 hours for the older technology.

Overall, it required 180 Watts of power to operate one red, one green, one blue, and one white bulb on last year’s ball. This year, to achieve the same light output from LEDs in each color, a total of only 24 Watts of power is required, representing a 156-Watt or 87% reduction in electricity.

Through the use of highly-efficient Luxeon LEDs, the entire Times Square Ball will be lit on the same amount of electricity that it takes to power 10 toasters, or 3 clothes dryers.