A new LED lighting instrument enables film and video lighting professionals to select from a wide range of white and color light options. 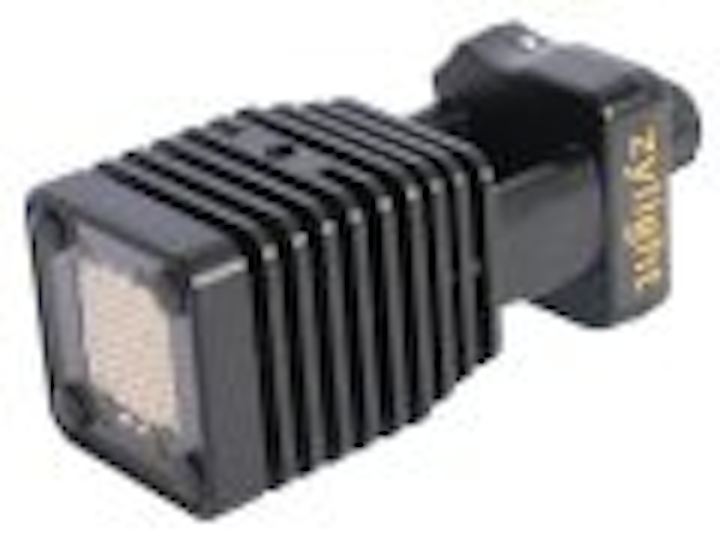 Zylight, a manufacturer of LED lighting instruments for the film and video production industry based in Chelmsford, Massachusetts, has introduced the Z50, a new LED light designed under license from Color Kinetics and which incorporates a Lamina RGB module as the light source.

The Z50 is able to produce white light with a fully-calibrated color temperature of either 5600K or 3200K, and can instantly change between the two with the push of a button.

When switched to creative color mode, the Z50 can output any color of the rainbow including pastels, eliminating the need for gels.

Jim Collias, Engineering Director at Zylight, explained to LEDs Magazine that the White mode was kept simple for news cameramen who will be using 3200K or 5600K almost exclusively. "In Color mode the two presets can be defined by the user. It is easy to add 'pastel' or a white-component in Color mode, so, for example, if you'd like a warmer white than 3200K you can simply dial in an orange, then add pastel until you get the output you're looking for."

Zylight says that lighting professionals will be able to find easily the colors they need, and presets are provided for storing favorite selections. The company believes that its LED light instruments are able to light film and video shoots more efficiently, and with greater flexibility than ever before.

The Lamina array in Zylight's light packs over 230 LEDs into a single square inch, producing a soft, wide output with no hotspots.

Collias says its agreement with Color Kinetics has provided access to a broad patent portfolio for future LED-based lighting innovations, and that its relationships with both Lamina and Color Kinetics will keep the company on the leading edge of LED product development.

An included adapter allows professionals to mount any existing three-inch lighting accessory they may already have. The palm-sized Z50 can be powered from any 9-20 volt source such as an Anton Bauer PowerTap, or powered from AC.