US DOE releases results from Round 13 of Caliper testing 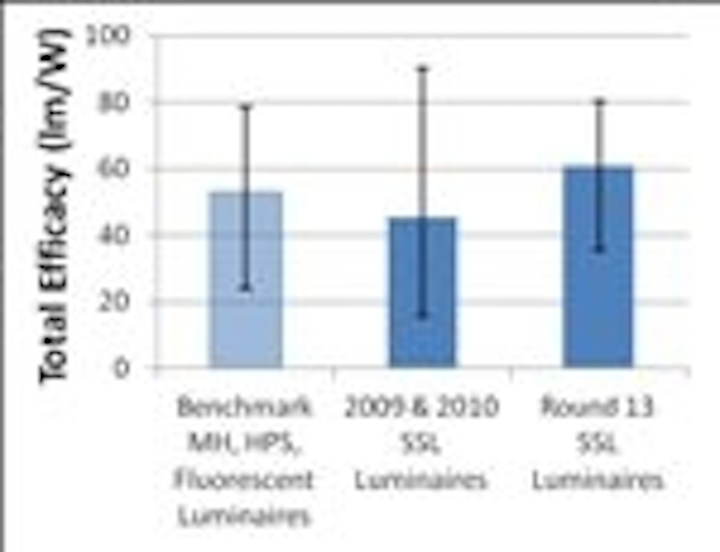 The US Department of Energy (DOE) has completed Round 13 of product testing through the Solid-State Lighting (SSL) Caliper program. The summary report containing the results is now available for download on the DOE SSL website. Round 13 of product testing included three primary focus areas: LED and benchmark high-bay luminaires, LED wallpack luminaires, and LED and benchmark 2x2-foot troffers.

The Round 13 summary report provides an overview of photometric performance results, and compares the results with respect to similar products that use conventional light sources, results from earlier rounds of Caliper testing, and manufacturer ratings.

In April, a Caliper study of retail replacement lamps revealed vast differences among the performance of 33 commercially-available lamps. Detailed individual test reports are now available for that study.