A custom controllable SSL fixture now provides adaptive lighting on the famous Mona Lisa painting, and linear LED fixtures have been installed in the Red Rooms. 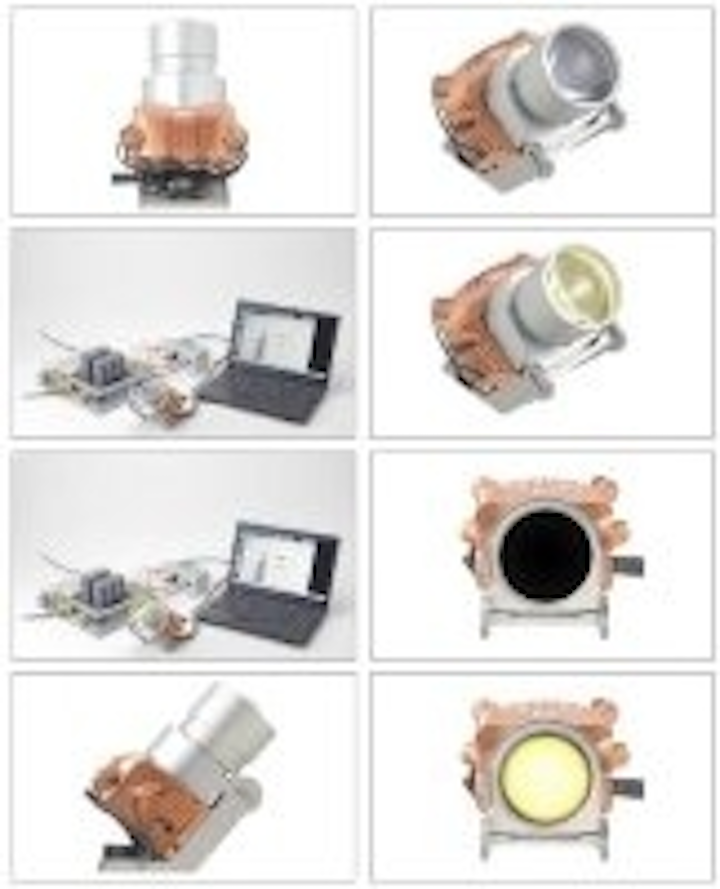 Toshiba has completed the next steps in its long-term project in partnership with the Louvre Museum in Paris, France that will ultimately see most of the lighting converted to energy-efficient LEDs. A custom fixture with dynamic controls now lights the Mona Lisa and can be adapted to optimize the nuanced colors of the painting based on ambient lighting conditions. In the high-ceiling Red Rooms, Toshiba has installed custom linear solid-state lighting (SSL) fixtures that reduce energy consumption by 60% relative to the prior lighting.

While LEDs were first installed at the Louvre in outdoor applications beginning in 2011, the museum is now moving forward with indoor LED lighting including the fixture used to light the star attraction — the Mona Lisa painting. Toshiba and the Louvre worked to develop a custom fixture for the famous portrait.

Toshiba said that the design uses 32 LEDs along with a control system and optics that ensure uniformity of lighting and frame the painting. The dynamic system was developed to enable museum workers to adjust the spectrum of the light to compensate for color shift that is due to ambient lighting and the way that lighting hits the protective glazing on the painting.

The custom fixture eliminates all ultraviolet (UV) and infrared (IR) energy to protect the treasured painting. The controls maximize color fidelity for viewers. The nominal CCT is 3200K with a CRI greater than 95. Toshiba says that the DALI-based fixture is rated for 80,000 hours of life. Moreover, the compact fixture is concealed in a shelf below the painting.

The Red Rooms, meanwhile, host the work of great French painters including David, Ingres, Géricault, and Delacroix. One of the rooms was also the setting for the opening of the book The Da Vinci Code. The high-ceiling rooms have always used a substantial number of fixtures and amount of energy.

As with the lighting used for the Mona Lisa, the Red Rooms fixtures suppress all UV and IR energy. The fixtures have specialized reflectors that direct the light precisely to the paintings on display.

The new fixtures used in the Red Rooms can also be controlled via DALI. Parts of the exhibit area have a significant amount of daylight coming from windows in the ceiling. Light sensors and DALI allow the lights to be dimmed during the day for additional savings.

While the Louvre is keen on saving energy and reducing operating costs, the institution would not have adopted LEDs unless the SSL products could deliver the required light quality. Toshiba said that the Red Room fixtures deliver superior uniformity compared to the prior lighting.

The next phases of the SSL project, which is slated to continue through 2023, will include lighting of the Cour Carrée courtyard later this year. In 2014, the partners plan to relight the Napoleon Hall.