A Mexican town plans to install 25,507 GE LED street lights while a Lexus auto dealer in Roswell, GA used SSL to achieve an 86.6% reduction in the energy required to light its parking lot. 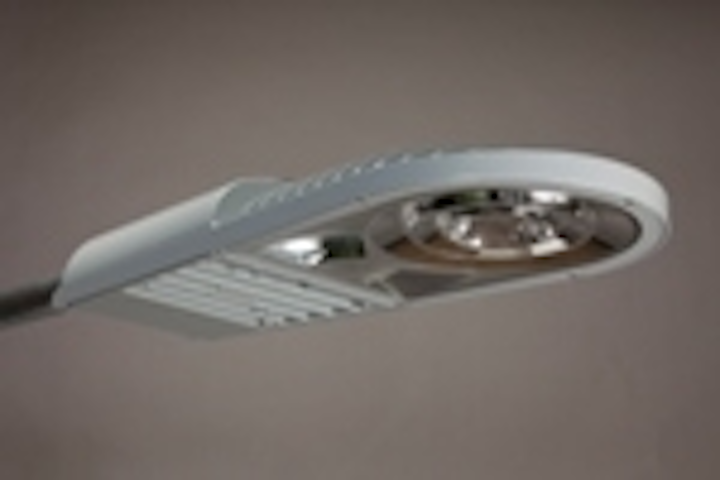 The Mexican municipality of Othón P. Blanco in the state of Quintana Roo has announced plans to install 25,507 GE Evolve LED street lights in what it claims will be the largest installation of LED street lights in Latin America. In Roswell, Georgia, the Nalley Lexus auto dealership replaced 70 1000W metal-halide lamps with 161W LED bulbs from Qnuru achieving an 86.6% reduction in energy use with the solid-state-lighting (SSL) retrofit.

Quintana Roo Governor Félix González Canto announced the SSL street light project and a goal of saving 51% in energy usage. Canto linked the plan to the Mexican government’s Special 2009-2012 Climate Change Program. The street light retrofit will also reduce greenhouse gas emissions with the municipality claiming that the reduction is “the equivalent of taking the approximately 40,000 cars that operate throughout Othón Blanco off the roads in a 10-year period.”

The announcement was also made coincident with the 16th session of the Conference of the Parties (COP16) to the United Nations Framework Convention on Climate Change (UNFCCC). “As many countries begin to move toward achieving their environmental goals, Mexico is establishing its leadership with concrete examples, such as transitioning to LED lighting in our cities,” said Governor González Canto. “All eyes are on Mexico as we host this important meeting on climate change, and we are pleased to support our country’s commitment to the world with actions that will have a long-term impact on the environment.”

The greenhouse emissions angle is particularly important in Mexico as the country’s economy would be adversely impacted by climate change. The 2009 annual report of the World Bank's Global Facility for Disaster Reduction and Recovery (GFDRR) notes that 71% of the Mexican GDP is at risk from climate change.

”Governments have a responsibility to seek efficient solutions to meet our energy consumption and greenhouse gas emissions reduction goals,” said Municipal President of Othón P. Blanco, Andrés F. Ruiz Morcillo. “It is our job at all levels of government to support the country’s growth and the well-being of our citizens. LEDs are the future of lighting solutions and Chetumal and its municipality are setting the standards for other cities in Latin America and the world to follow.”

GE’s authorized distributor Avances Lumínicos Plus S.A. de C.V. is handling financing, installation, and maintenance for the project having signed a 15-year concession agreement with the municipality. “We are very pleased with the opportunity to work with a trusted brand such as GE to bring our customers in Mexico the best in technology innovation,” said Salomon Marcovich, President and CEO, Avances Luminicos Plus.

The Roswell, GA retrofit at the auto dealership, meanwhile, relied on Qnuru Vector Pecos retrofit lamps. The products are designed for installation in existing 750-1000W fixtures. The lamps integrate 144 Cree LEDs, feature a CRI of 74.8, and output 12757 lm with an efficacy of 79.2%.

According to Qnuru, the retrofit reduced the auto dealership’s exterior-lighting expenses by 86.6%. Moreover, the new SSL lamps deliver 19% greater lumen output than the metal-halide lamps that were replaced. A nearby photo shows the new LED lights on the left next to another auto dealership with legacy lights on the right.

“Auto dealers want to focus on satisfying customers, not worrying about burned-out light bulbs,” said George Karolis, Vice President of corporate development and real estate at Asbury Automotive Group, the owner of the Lexus dealership. “I believe every automotive dealer confronts the same set of challenges with their lighting infrastructure—it consumes too much electricity, the bulbs burn out frequently and the quality of the light is poor given the amount of energy used. Qnuru has great LED solutions that solve a problem we have been struggling with for years.”

“Auto dealers are important business beacons within their communities,” said Rhonda Dibachi, President and CEO of Qnuru. “Nalley Lexus of Roswell’s adoption of energy-efficient LED technology is a great illustration of leadership by example. LED lighting solutions help businesses lower their carbon footprint as well as reduce their operating costs. In a world filled with difficult tradeoffs, LED lighting is a rare win-win for both the environment and business owners.”

In another outdoor lighting article we ran recently, we covered the ongoing SSL situation in Cleveland where the city was asking SSL vendors bidding on a street light project to commit to creating local jobs and opening a local manufacturing plant. According to a new article fromThe Plain Dealer, GE did offer both jobs and cash in an effort to win the city contract, although it did not meet the city’s bid specification.

According to the article, GE offered to create 50 jobs and pay the city $150,000 per year for the ten years the contract would run. The cash was reportedly equal to the amount of income taxes that the city would receive from the 350 full-time jobs that it had sought in the bid process.