SACO and its Smartvision brand of LED displays and lighting products have been acquired by LSI, a lighting and graphics company. 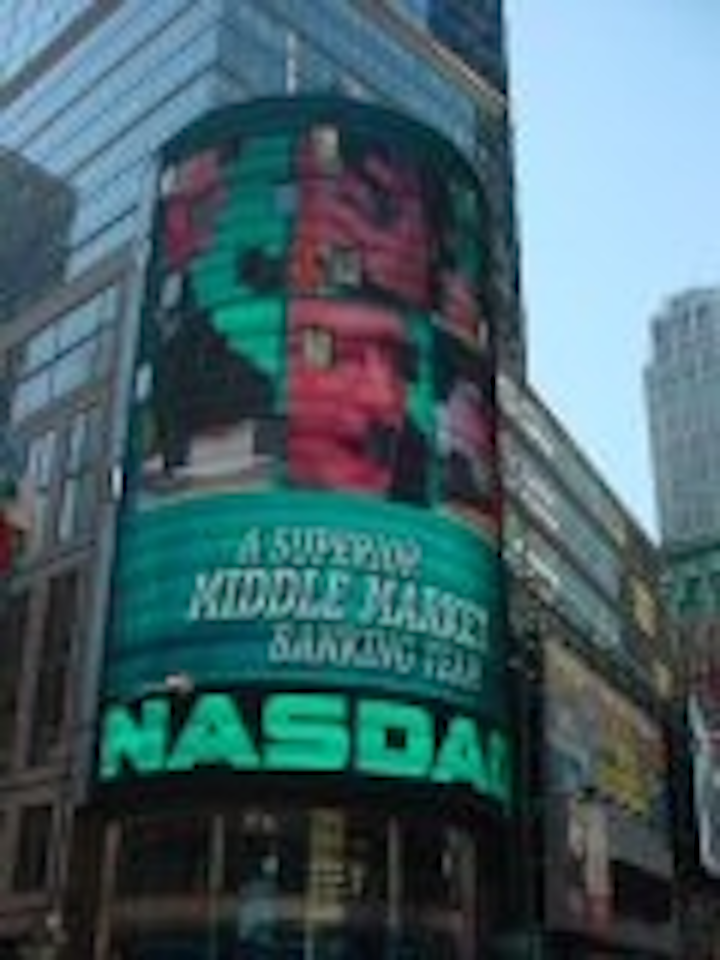 LSI Industries Inc has acquired substantially all the assets of SACO Technologies Inc, a leading technology developer and producer of LED screens and lighting products headquartered in Montreal, Canada. SACO, through its Smartvision brand, is one of the foremost suppliers of indoor and outdoor LED video displays for sports stadiums and entertainment events, including Madonna's current "Confessions" world tour.

SACO also designs and manufactures light engines, drivers and custom solutions for the solid-state lighting market, and offers OEM & licensing solutions for luminaire manufacturers and other lighting professionals. One of SACO's licensing partners is another Canadian company, Illumivision.

The deal cost LSI $23 million in cash and more than 1.4 million shares (with a closing price of $14.36 just before the deal was announced) putting the total value at around $43 million.

LSI said SACO is expected to have sales of about $26.4 million for the current calendar year. SACO’s management team and employees will remain in place with operations continuing in Montreal. Fred Jalbout, CEO of SACO Technologies will become President of the LSI Technology Solutions Plus business segment.

LSI Industries, based in Cincinnati, Ohio, is an integrated design, manufacturing and technology company supplying its own high quality lighting fixtures, graphics elements and narrowcast digital messaging for both exterior and interior applications

Bob Ready, LSI’s President and CEO, said, “This acquisition represents a very important strategic direction and capability for LSI as we continue to develop the technology element of our vision ‘Lighting + Graphics + Technology = Complete Image Solutions.’ The combination of the emerging importance of solid-state LEDs as a cost-effective, superior light source and LSI’s well established position in the lighting and graphics markets creates a very powerful growth platform.”

Ready also said that SACO and LSI have previously worked on a number of important LED-based products, including white light products for municipal market applications as well as LSI’s core niche commercial and industrial markets. In addition, on the graphics side, an interior display using color LEDs has been developed and is being proposed for one of LSI’s national retail customers. Both SACO and LSI have worked with 3M Company on lighting- and signage-related products.

Ready concluded, “We believe LSI Industries has the resources and is positioned to become a leader in the commercialization of LEDs in both its lighting and graphics markets. The initiatives we have put in place will have a major impact on the growth of LSI for many years to come.”