SSL street light trends are clearly moving toward better quality of light and elimination of uplight and glare, and the Cree project, in conjunction with LightSmart Energy Consulting, delivers those benefits in Newburyport, MA. 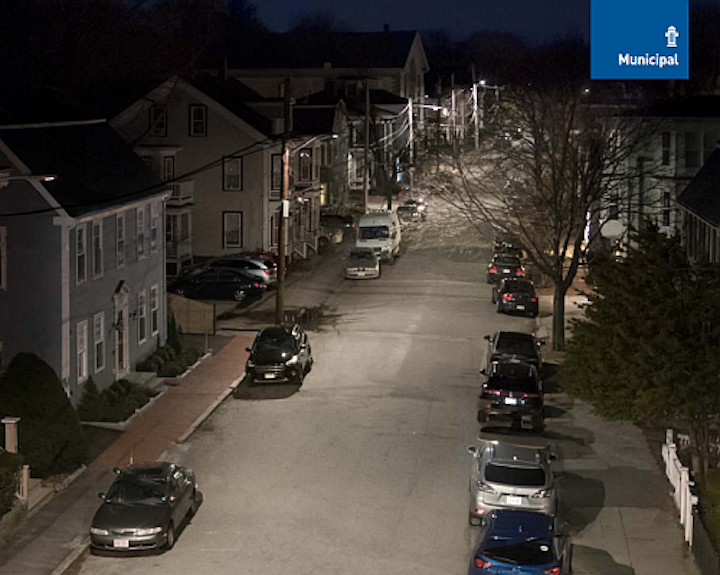 SSL street light trends are clearly moving toward better quality of light and elimination of uplight and glare, and the Cree project, in conjunction with LightSmart Energy Consulting, delivers those benefits in Newburyport, MA.

Cree has announced an LED retrofit project to the street lights in the quaint seaside community of Newburyport, MA, and the project delivers both quality light and significant energy savings. As we wrote after the Illuminating Engineering Society (IES) Street & Area Lighting Conference (SALC) 2018, the trend in outdoor solid-state lighting (SSL) is clearly better light — less glare and uplight and more pleasing spectrum. The New England SSL project delivered by LightSmart Energy Consulting in partnership with Cree achieves pleasing and effective lighting and also demonstrates another trend toward municipalities taking control of their street light portfolio.

Newburyport has had an established energy savings initiative throughout the city and has been recognized by the state of Massachusetts as a Green Community cutting energy usage by 20%. But the city saw an additional opportunity to cut energy use and save taxpayer money when new state legislation allowed municipalities to own their street lights. Previously, such lighting was utility owned and controlled. But many municipalities around the US are taking control of their outdoor lighting, including some Southern California cities in the inland Empire that we wrote about recently.

In Newburyport, the city was spending around $250,000 dollars annually on its street lights. The municipality engaged with George Woodbury, president of LightSmart Energy Consulting, to explore avenues to save money. Woodbury had in fact worked on the legislation that enabled municipalities to own such lights and he suggested that Newburyport take over its portfolio and convert the lights to LED sources. 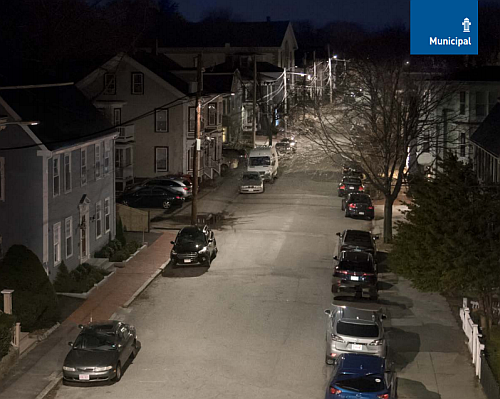 RSW LED luminaires from Cree have replaced more than a thousand high-pressure sodium (HPS) street lights in the seaside community of Newburyport, MA.

The city initially installed a small trial of LED lights along Mosely Avenue with products from five different manufacturers. That trial enabled city officials, residents, and public safety departments to evaluate SSL technology and the specific products under consideration. “Overall, people were happiest with the Cree lighting because of the temperature of the light and the fact that it was truer to natural light,” said Molly Ettenborough, the city’s recycling and energy manager.

It was the Cree RSW luminaire that was selected for broader deployment. Cree initially announced the RSW back in the spring of 2016. The design departed from the most common cobra-head luminaires that are in wide use and with which you can see the individual LED light sources. Instead, the RSW utilizes an edge-lit light guide or optic that provides uniform surface illumination and virtually eliminates glare and uplight. Cree calls the optic WaveMax.

The characteristics of the RSW were a match for the seaside community. “You’re trying to match that personality,” Woodbury said. “The RSW LED street light does so with diffuse, low-glare lighting. This is the only fixture of its particular design. Others are going to try to copy it, but they haven’t done it yet.”

Woodbury also said the RSW family included the flexibility to replace existing lights in slightly different application scenarios with fixtures that have the same look and feel and to minimize the number of different models that were purchased. The city replaced more than 1300 high-pressure sodium (HPS) luminaires ranging from 50–250W with LED fixtures ranging from 30–50W.

The city is projecting $1 million in savings over the life of the luminaires. Energy usage for street lights was reduced 61%. The expected payback time is just under two years, although that return on investment does include the fact that the city gathered $180,000 in incentives from the state and other sources. Including maintenance savings, the city expects to realize $90,000 in annual savings.

The city is pleased with the transition to LED-based lights, and Mayor Donna Holoday said about the savings, “That’s money that can be relocated to other needs — public safety, our schools, our police, roads, infrastructure.” The city will also invest some of the savings into renewable energy and other energy-efficiency technologies, according to Ettenborough.