Cree has announced another SSL retrofit at an Oregon gas station and food mart, while Atlanta plans a massive LED project for its parking areas and international municipalities consider LED projects. 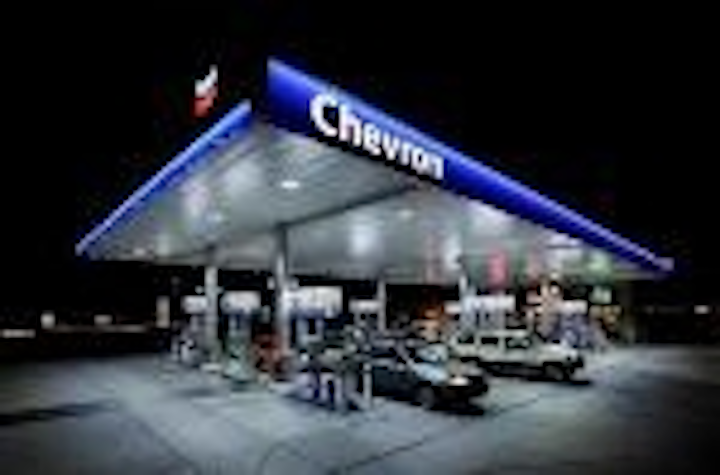 Cree LED luminaires are being used both in outdoor canopy lighting at an Beaverton, Oregon gas station and inside the adjacent convenience store to deliver 70% energy savings. The Hartsfield-Jackson Atlanta Airport plans to retrofit more than 4000 legacy fixtures in parking lots with solid-state lighting (SSL). Thiruvananthapuram, India begins an LED project, Pakistan squabbles over LED retrofit costs, and the Philippines see LEDs as a way to efficiently light unlit streets.

The owner of the station, Bob Barman, cited light quality, economic, and environmental benefits attributable to the lighting retrofit. Barman said, "The high-quality LED light makes everything appear brighter and safer - and that translates into a better customer experience."

The Oregon area is known for environmental sensitivity and green practices and that influenced the LED choice. "The payoff is more than what is saved in energy consumption and cost," said Barman. "The payoff is also intangible - it's what your customers think of you as a leader in sustainability and how you think of yourself - it's just the right thing to do."

Still economics are important and the savings are attributable to both the indoor and outdoor lighting. Indoors, 27 Cree 304 series pendant SSL luminaires replaced 330W fluorescent fixtures.

Barman expects the retrofit to achieve payback in 2.5 years. According to Cree, the lighting retrofit will allow the station and mart to consume one third less energy, in total, relative to the typical 24-hour convenience store and gas station.

According to the Atlanta Business Chronicle, Cooper Lighting has won a major SSL retrofit at the Hartsfield-Jackson Atlanta Airport. The busiest airport in the world will apparently use 80W LED fixtures to replace 210W MH fixtures.

The project will include retrofit of covered parking lots for both the north and south sides of the airport terminal. The project is slated for April 2012.

In total the airport will replace 4342 lights according to the report. Cooper has said that the projects can save the city $500,000 per year.

The Times of India reports that Thiruvananthapuram, the capital of the Indian state of Kerala, is planning to install LED lights on 65 streets. Apparently the project will begin next month.

In the Pakistan capital of Islamabad, a proposed LED project is generating considerable debate over the cost of the new lights according to The News International. The project could involve retrofits of as many as 6500 legacy street lights.

In the Philippine municipality of Quezon City, the government hopes to install 10,000 LED street lights this year. The Philippine Information Agency reports that LEDs will allow the city to provide lighting on some streets for the first time with a manageable impact on energy consumption. SSL technology will allow the city to increase the number of lit streets by 80%.