We saw more LED lighting introductions at this year’s Lightfair International than in any previous year. Here’s a sampling of some new developments and products in LED lighting. 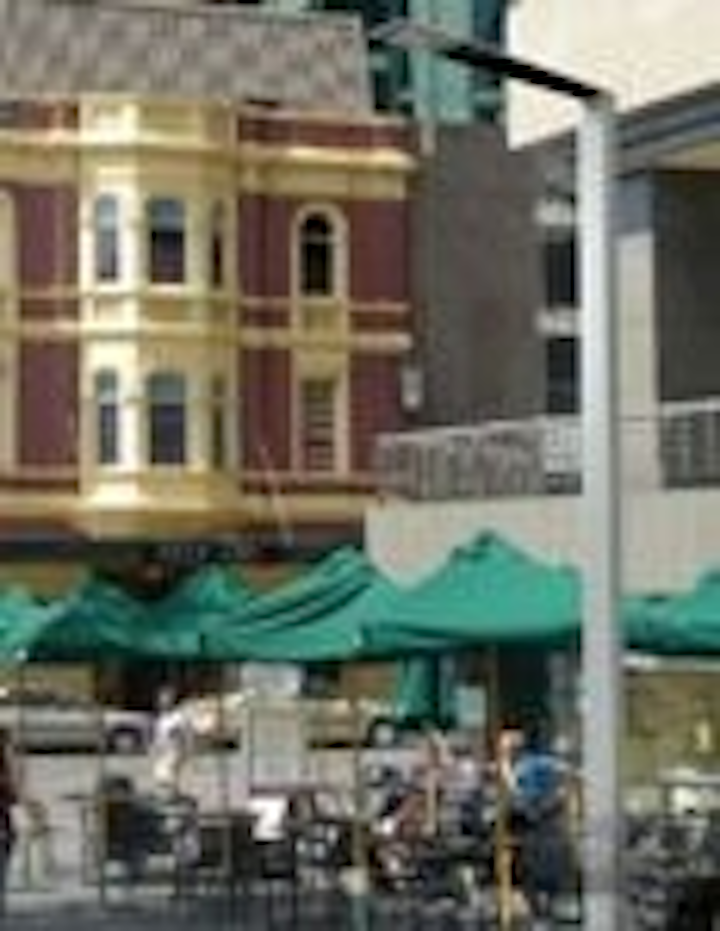 The stylish family of Piano luminaires (shown), designed by Michel Tortel, features optimized cooling of the LEDs and electronic driver. Thermix thermal management system is designed to maintain 70% of initial luminous flux (L70) for 100,000 hours according to Brian Keilt, eastern sales manager for Schreder. The optical system is sealed with an IP66-rated compartment.

Schreder’s new Focal fixture is constructed of die-cast aluminum, available with a variety of reflector and lens options and IP66 rated. Lamp position and beam angle can be adjusted on-site.

WAC Lighting dressed up its stand at Lightfair with chrome and crystal LED luminaires that are less than 2x4-in in size (shown). The company also introduced its line of International Luminaires at Lightfair, which includes outdoor and indoor fixtures. In indoor luminaires, the Paloma Wall Wash Series, used on WAC's track systems, features varied optical control to illuminate art or signage in commercial and hospitality environments. The series accommodates LED or T5 fluorescent sources.

Finally, Slana outdoor luminaires can be surface or pendant mounted. The 6-in recessed down-light shows no visible hardware, is constructed of die-cast aluminum and is IP20 and IP-65-rated.

Randall Sosnick, CEO of Next Lighting explained that each NextLamp uses natural convection through a chimney-like design that flows next to the linear lamp to best dissipate heat from the LEDs (shown). Product testing has measured the lamp’s case temperature at 51°C, allowing the company to specify a 50,000-hr life. Lumen output per lamp is 3500 lm. A proprietary optical system reduces glare, a common issue with linear LED lighting. The lamp’s driver is commonly located underneath the ballast or can be positioned in the ceiling with the company’s forthcoming pendant configuration. The NextLamp will be available in 3Q 2012.

At Lightfair, LEDnovation showed its latest 50W-equivalent and 35W-equivalent LED MR16 lamps. The EnhanceLight 50W equivalent is offered in two beam angles, 11 and 23°, delivering center-beam intensities of 7360 and 2300 cd at CRI of 80 and 82, respectively. Both lamps require 8W to operate.

In the 35W-equivalent MR16 lamp, LEDnovation has a 11° spot in production and it introduced the 24° narrow-flood design at Lightfair. In the 24° beam angle version, the lamp delivers 1301 cd and CRI of 82 at 4.7W operation. Designed for use in IP66 rated outdoor fixtures, the EnhanceLite MR16-35L lamp is designed for harsh environments. The lamp fits the ANSI standard C78.24-2001 specification, is dimmable to 5% on a range of dimmers and is rated for 35,000 hr.

The third-generation troffer is based on the Lunera 2x2-ft Series 22-G3 form factor, uses Nichia LEDs, and is available in various lumen packages. Lunera also showed its intelligent hybrid daylight system of sensors and controllers at Lightfair, which are capable of automatic LED lighting adjustments for retail spaces, schools and warehouses.

Tempo Industries, a company that is primarily known for its step lighting products used in theatres, introduced the Creszendo LED sconce at Lightfair, which can be scaled in height from 9 to 63 in, in 6-in increments (shown). Designed for commercial and industrial environments, the wall sconce has an integral power supply to eliminate the need for remote transformers, and is compatible with electronic low-voltage (ELV) dimmers.

Control solutions for all lighting systems were common at Lightfair. Leviton introduced a universal dimming solution for residences. These dimmers are compatible with a range of LED, CFL and incandescent fixtures. The dimmer has a switch underneath the control plate that allows the user to switch from LED to CFL as needed. In this manner, according to Greg Galluccio, director of LED business development at Leviton, the CFL kick-start is optimized separate from the programmable LED dimming function. The dimmer is installed using two wires.

Leviton also introduced a distributed lighting control system with integrated sensors at Lightfair. Leviton’s Sector addressable distributed-control system combines occupancy sensing with lighting management functions. Features include dimming to 1%, direct connection of all components via a 2-wire bus rather than a ballast, and relay controllers for zone control.