Veeco Instruments has characterized a marginally improving market for its MOCVD reactors used in LED manufacturing, along with details of new orders from Sanan Optoelectronics and KaiStar Lighting. 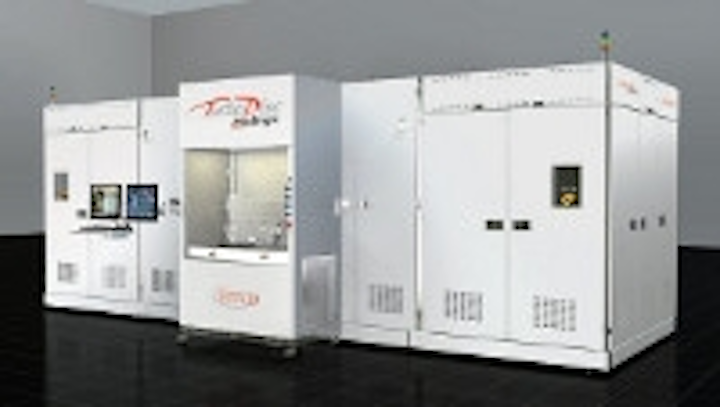 Veeco Instruments has released limited financial data about its second 2013 quarter performance, and the MOCVD (metal organic chemical vapor deposition) business is the bright spot. Veeco concurrently said that it had received multi-system MOCVD orders from both Sanan Optoelectronics and KaiStar Lighting.

Veeco had announced back in November that it was reviewing details of when it recognized revenue and that process is ongoing, meaning that the company isn't reporting revenue and earnings details. The company has continued to trade on the NASDAQ exchange after requesting a hearing before the NASDAQ Listing Qualifications Panel back in May where the company would present its plans to regain compliance with financial reporting guidelines.

Still, Veeco said that its bookings in general were up 21%, although that includes its business in MBE (molecular beam epitaxy) and data-storage products. The MOCVD business is faring better. "MOCVD orders improved about 42% sequentially to $52 million as we won some important deals with top customers in Korea, Taiwan and China," said John Peeler, chairman and CEO.

Still, Peeler took a conservative approach to discussing the future. "Market signals in MOCVD remain mixed," said Peeler. "On the positive side, utilization rates in Asia are high and stable, and customers express optimism for their LED business profitability and growth. Customers report strong demand for mid-power LEDs for indoor replacement bulbs and high-power LEDs for outdoor lighting. Yet they remain extremely cautious about capacity expansion. As a result, while quoting activity has increased from earlier in the year, the conversion process from quotation to purchase order is slow. We expect MOCVD order patterns to remain choppy as the timing of large multi-unit deals can have a significant impact on our quarterly bookings levels."

Concurrently with the earnings release, Veeco made some announcements about new orders from Sanan and KaiStar, although in each case Veeco declined to say how many tools the companies ordered. Sanan has placed a multi-tool order for the Veeco TurboDisc MaxBright M systems for delivery in the third quarter. Sanan will install the tools in its Xiamen, China factory to build LEDs for both backlighting and general-lighting applications.

"Veeco has been and remains our MOCVD supplier of choice," said Zhiqiang Lin, CEO of Sanan. "As we were selecting equipment for our new phase of expansion, it was evident that the MaxBright M would give us the best footprint efficiency to maximize space and productivity in our Xiamen fab. Veeco has been a great partner for us as we have solidified our position as the top LED manufacturer in China and as we have increased our business outside of China as well."

Sanan was one of the companies discussed prominently in a feature article we ran last year on the potential for a top LED manufacturer to emerge from China. Strategies Unlimited analyst Ella Shum noted the potential of Sanan but also suggested that the company could use an infusion of intellectual property. In June, Sanan essentially acquired LED manufacturer Luminus Devices.

The company could be poised for significant growth. "We are pleased to continue our partnership with Sanan and look forward to supporting their expansion plans," said William Miller, executive vice president of Veeco. "According to IHS - IMS Research, China remains the largest region in LED chip production with the most potential for adoption across all lighting applications. We believe Sanan is well positioned to capitalize on that growth."

KaiStar, meanwhile, is also based in Xiamen, China and has ordered multiple TurboDisc MaxBright M systems. KaiStar is a joint venture of LED manufacturer Epistar and Shenzhen Kaifa Technology.

"This latest capacity expansion is based on our customers' growing demand for LEDs for backlighting and general illumination applications," said MJ Jou, president of Epistar. "We have been delighted with the performance of Veeco's production-proven MOCVD systems, which provide high productivity and low cost of ownership. Combined with their excellent service and support, it was an easy decision for us to again turn to Veeco for our manufacturing ramp."