A trial of nine SSL streetlights in Kansas City, MO that commenced in 2011 under the auspices of the MSSLC reveals that LEDs best HPS performance even if efficacy or lumen output trails the incumbent technology. 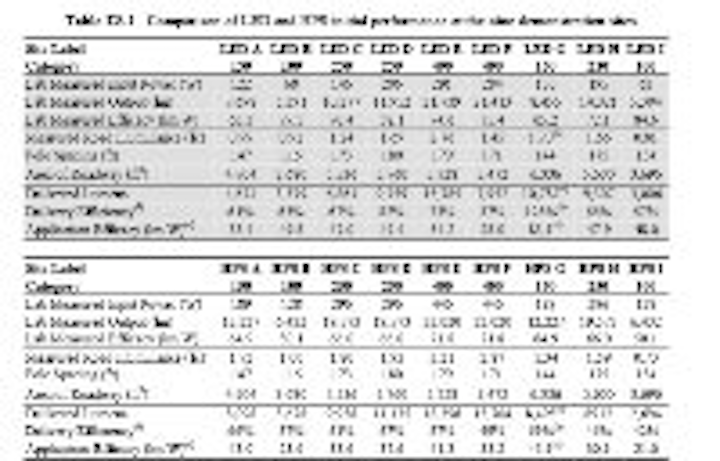 The US Department of Energy (DOE) has published a Gateway report in support of the Municipal Solid-State Streetlighting Consortium (MSSLC) that documents tests of nine LED-based luminaires relative to high-pressure-sodium (HPS) lights. The Kansas City, MO trial began in 2011, and reveals that the LED lights didn't universally best the HPS incumbents in terms of lumen output or efficacy, but the solid-state lighting (SSL) products did generally deliver more lumens to the roadway surface and less light spill. Realize also that the LED products were installed in February 2011 and therefore use technology that is relatively outdated at this point.

The LEDs delivered a 15% increase in mean efficacy although two of the LED products had lower efficacy than the HPS products to which they were compared. Application efficacy was more revealing, comparing the lumens delivered to the target area to input electrical power. There were still two SSL products that trailed the incumbents, although one of the two was not the same one that trailed in laboratory measured efficacy.

But the advantage for the LED lights was truly significant in some cases. For example, a 130W LED fixture that replaced a 150W HPS fixture had an application efficacy advantage of 83 lm/W compared to 45.1 lm/W. The report noted that both the LED and incumbent fixtures were in a setting with some spill light from an adjacent source. But in a 250W comparison with no spill light, an LED fixture delivered 47 lm/W compared to 33.6 lm/W for an HPS fixture.

In the 400W category, one LED performed better than the incumbent and one worse. The DOE had also recently released a Snapshot Report on outdoor area lighting that concluded that LED products were in general still struggling to replace 400W incumbent sources. But clearly there are some capable 400W replacements on the market.

The report also contemplated the impact of the LED products on maintenance cost. Kansas City has a program in place to monitor illuminance levels and to replace lighting that falls below documented design criteria even if the light in question hasn't failed outright.

The study included an evaluation of lumen maintenance based on calculated light loss factors. That projection revealed that two of the HPS fixtures would require lamp replacement prior to expiration of the expected lamp life. The same statement is generally true of some of the LED products, but that replacement is as much as 30 years down the road. The study did not project actual maintenance costs but clearly the SSL products will deliver a significant advantage.