Parylene coatings ensure an even, conformal, lightweight coating that also penetrates into every crevice, regardless of how seemingly inaccessible. 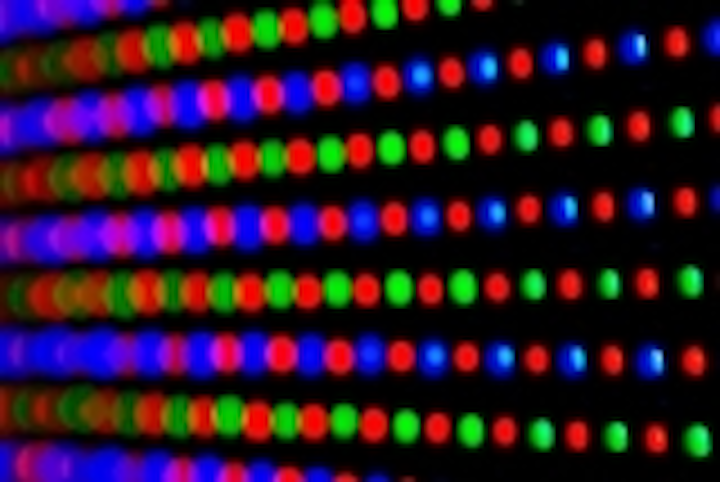 LEDs today
Over recent years LED lighting has grown from a few specific uses to replacing many types of standard lighting due to its reliability, energy efficiency and cost-effective operation. Today LED technology can be found in a wide array of applications including large display signs, computerized transit signage, traffic signals, streetlights and exterior lights on aircraft and automobiles.

Twelve million LEDs are illuminating a new 30 story electronic billboard in New York. The display covers three sides of a skyscraper, occupying almost 16,000 square feet with lighted animation. The dropping cost of LEDs and advanced imaging technology is allowing engineers to achieve this type of massive display at a cost that was not feasible in earlier years.

Because most cities are feeling a financial crunch, they are looking at ways to bring down basic operation costs. Up to 30% of annual energy costs tend to go to city lighting. Therefore, many municipalities across the nation are switching to LEDs as replacements for high-intensity lighting in public facilities and for street lighting. This can cut energy costs by up to a third or more.

While not yet seeing the expanded use as in outdoor and signage lighting, LEDs are growing in automotive use for both interior and exterior lighting applications. The benefits of small size, low power consumption and long life make them very attractive. The technology also adapts very well to new automotive innovations such as daytime headlights, turn signals and interior illumination.

These operating environments, however, pose a challenge to manufacturers as LEDs must survive extreme temperatures, moisture and ultraviolet (UV) exposure. If the assemblies are not sufficiently protected, prolonged exposure to these elements will shorten the 100,000 hour LED life expectancy. To add to long life with little maintenance, they all require some form of protective coating.

Another issue is the total weight of the massive animated displays, such as the signage noted above, which can reach up to 250,000 lbs and beyond. When looking at these massive outdoor sign displays, adding weight through protective coatings for circuit boards and the LEDs themselves is not advantageous.

Issues with conformal coatings
Standard conformal coatings, such as silicones, acrylics, urethanes, and potting compounds, were sufficient for less rugged applications. Thick or uneven coating can cause light distortion and add weight to the LED assemblies and many coatings will lose performance characteristics under UV exposure and environmental wear and tear.

All of these conformal coating formulations and the various methods used to apply them have benefits for many areas of electronics manufacturing; however, several issues have come to light when using them to protect LED products.

First, liquid coatings are often uneven and, thus, may have voids. These voids are pathways for moisture to get through to circuit boards and cause performance failure of the LEDs. These failures can be expensive when considering the large number of LED boards used in digital display and video signage, such as those used for sports venues and large billboards along the highways and in the city centers.

Additionally, the heaviness of many standard coatings is a drawback as they can induce stresses to delicate components, which may cause damage. This added weight on large signage displays can pose an engineering challenge due to the additional structural framework necessary to mount the large display to buildings or other locations. Finally, it is not uncommon for thick or uneven coatings to distort the light coming from the LEDs.

Over the long-term, none of the liquid coatings or compounds can hold up to prolonged exposure to UV light. For some LED applications this may not be an issue, but obviously many types of LED boards are exposed to UV light on a continual basis and the coating must protect the board in these applications. UV exposure can damage a board fairly quickly and the cost to do continual maintenance on such LED displays, transit signage, etc. can quickly add up.

The Parylene alternative
An alternative to common industry coating materials is Parylene conformal coatings. With several variants, including a new high temperature and UV stable variant, Parylene offers a coating alternative that is extremely thin and perfectly conformal, and provides long-term protection for the full product life — regardless of the size or complexity of the end product.

Parylene is the generic name for a unique series of polymeric organic coating materials. They are polycrystalline and linear in nature, possess useful dielectric and barrier properties per unit thickness, and are chemically inert. Parylene coatings are ultra-thin, pinhole-free and truly conform to components due to its molecular level polymerization — basically “growing” on the deposition surface one molecule at a time.

Parylene coatings are applied via a vapor deposition process rather than as a dispensing, spray, brush or dip process. The parts to be coated are placed in the deposition chamber. The powdered raw material, known as “dimer”, is placed in the vaporizer at the opposite end of the deposition system. The dimer is heated, causing it to sublimate to a vapor, then heated again to break it into a monomeric vapor. This vapor is then transferred into an ambient temperature chamber where it spontaneously polymerizes onto the parts, forming the thin Parylene film. The Parylene process is carried out in a closed system under a controlled vacuum, with the deposition chamber remaining at room temperature throughout the process. No solvents, catalysts or plasticizers are used in the coating process.

Because there is no liquid phase in this deposition process, there are no subsequent meniscus, pooling or bridging effects as seen in the application of liquid coatings, thus dielectric properties are never compromised. The molecular “growth” of Parylene coatings also ensures not only an even, conformal coating at the thickness specified by the manufacturer, but because Parylene is formed from a gas, it also penetrates into every crevice, regardless of how seemingly inaccessible. This ensures complete encapsulation of the substrate without bridging small openings.

Due to the method by which they are deposited, Parylene coatings are extremely lightweight, offering excellent barrier properties without adding dimension or significant mass to delicate components. Parylene is typically applied in thickness ranging from 500 angstroms to 75 microns. A 25 micron coating, for example, will have a dielectric capability in excess of 7,000 volts. No other coating material can be applied as thinly as Parylene and still provide the same level of protection.

There is a range of Parylene formulations available to suit many different needs. A few of the key benefits of Parylene coatings include:

It has been demonstrated that the voltage breakdown per unit thickness increases with decreasing Parylene film thickness.

Parylene supports the future
LEDs consume up to 80% less energy than traditional incandescent lights and 50% less than fluorescent lighting, without the mercury waste disposal hazard issues faced with current compact fluorescent lamps. Therefore, LEDs will continue growing in popularity due to both this low energy consumption and the ecological benefits, making them ideal for all types of lighting replacements, from industrial and municipal to residential and within all types of consumer devices.

Protecting these gems of lighting power will become a growing issue as the roadmap for their use continues to expand. Parylene coatings can benefit LED applications in the automotive, aerospace, electronics and military industries — wherever LED assemblies require protection from high temperatures and UV exposure. For large display signage, where electrical failures, moisture ingress and UV damage are common occurrences, the ability of Parylene to completely coat underneath, around and between the smallest crevices, devices and wiring, without affecting the light emitting from the LEDs, offers both time and cost savings in repair and maintenance.