In a slow fizzle, no more solar panels, EV charging, or energy storage. But still plenty of smart stuff in a back-to-the-future return to a lighting-centric business. It remains for sale. 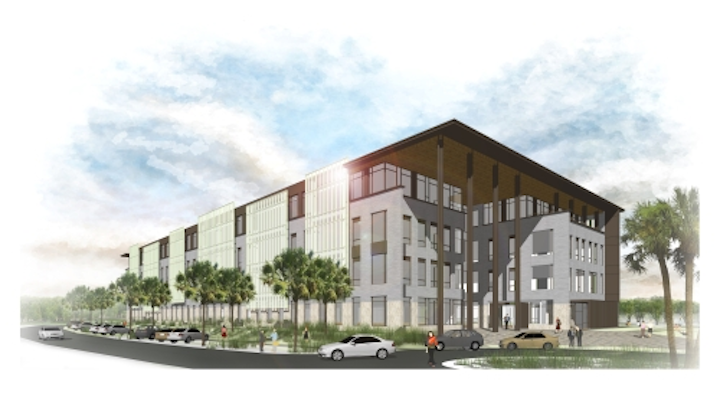 In a slow fizzle, no more solar panels, EV charging, or energy storage. But still plenty of smart stuff in a back-to-the-future return to a lighting-centric business. It remains for sale.

A funny thing happened on GE’s way to turning its smart LED lighting business into a broad, data-connected energy services company called Current. Somewhere along the way — apparently early on — GE decided it wasn’t such a good idea after all, and began quietly narrowing the company’s scope back into smart lighting.

Interested in articles & announcements on LED and lighting business?

Thus, an experiment in treating Internet-connected LED lighting as a cog in a business machine that ties together solar panels, energy storage, electric vehicle charging, and onsite power generation has finished in a steady fizzle that started soon after GE launched Current with fanfare in October 2015 as what it then called a “billion-dollar startup.”

GE had for a while separated smart LED lighting from conventional, non-LED lighting, treating them as different revenue groups, with LED part of the once wide-reaching Current, and with conventional lighting remaining on its own. The two are now lumped back together, as LEDs Magazine reported earlier this year.

GE has made no formal announcement about Current’s scaled down mission, but it has steadily transferred some of Current’s functions into other GE units while selling off others, such as when it unloaded its electric vehicle charging network to Campbell, CA-based ChargePoint a year ago. 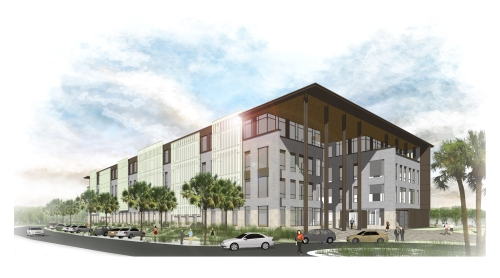 Current’s assignment at Blackbaud’s new headquarters is all about smart lighting and using lighting-based sensors to help monitor facility use. But there are no Current solar panels, EV chargers, or any of that stuff. (Photo credit: Current/Business Wire.)

The writing for Current’s demise as an all-encompassing energy company was hidden on the wall in fine print back in October, when GE first provided an innocuous footnote in its third-quarter 2017 financial report noting that it had recombined Current’s revenue reporting with conventional lighting. It has repeated that footnote in subsequent quarterly reports. Beleaguered GE has been seeking a buyer for Current, as it continues selling off various other businesses as well.

Some industry observers had from the beginning considered Current something of a head-scratcher, right down to the company’s cumbersome formal name, which is “Current, powered by GE.” GE itself was perhaps also a bit confused about its own intentions for Current from the get-go, given that the whittling down process began right after gestation.

“The other energy-related technologies were part of Current in their early days and then moved to other GE businesses or externally as they continued to scale, allowing Current to focus on the rapidly growing IoT [Internet of Things] lighting space,” a Current spokesperson told LEDs Magazine, after some tea leaves prompted us to ask for an update (bold face is LEDs’ for emphasis).

“But these are not recent developments,” the Current spokesperson said. “Energy storage moved out of Current all the way back in late 2016 and sits under GE Power today, where the business is focused on grid-scale applications. The EV charging network went to ChargePoint a few months later. Solar has a key role to play in GE’s future energy strategy and was realigned under GE’s Business Innovations unit — we still continue partnering with the solar team where it makes sense.” For example, Current teamed with GE’s solar team on an energy services job for JPMorgan Chase last summer, he said.

Indeed, as the JPMorgan job demonstrates, one thing that hasn’t changed about Current’s charter is its commitment to “smart.” The idea behind Current’s service offering is to improve the operations and energy efficiency of buildings and cities by outfitting the LED lighting infrastructure with chips and sensors that help collect data and connect to a smart control system that make energy-efficient LED lighting systems even more efficient and inform operations on when to turn lights on or off, and brighten or dim them.

The information collected by smart lighting systems can be sent to GE’s Predix software for analysis to further assist in decision making and operations. Other GE units, such as the solar group within Business Innovations, can also tie into Predix.

“Our focus remains consistent — we are helping our customers create intelligent environments that unlock value for businesses and cities,” the spokesperson said.

Still, a big part of Current’s mission relates to installing LED lighting in the first place, which then provides the basis for big energy savings. Current announced a raft of new wares at the LightFair International exhibition in May, consisting largely of new LED lighting products, as well as controls.

Even without the broader energy mission, Current has been adding clients, such as the city of Portland, Walmart, Morgan Stanley, and recently with Charleston, SC technology company Blackbaud.

Revenue for Current in 2017 weighed in at just under $1.99 billion, including LED and conventional lighting.

Meanwhile, GE continues to seek a buyer for Current. The Current spokesperson said the refocusing does not reflect an attempt to make Current more attractive to a potential buyer. He pointed out that the changes began in 2016, before GE planned to sell Current.

GE is in the midst of a tumultuous regrouping — it recently tumbled out of the Dow Jones Industrial Average index — in which it is selling off divisions as it focuses on aviation, power, and renewable energy. The sell-off includes conventional lighting as well as Current, for which GE hopes to find a buyer by the end of this year. Earlier this year, it agreed to sell the EMEA and Turkey division of GE Lighting to the former president of GE Hungary, who is rebranding it as Tungsram, the name of the former state-owned Hungarian national lighting and electronics company that GE bought in 1990.