Osram turns on the new illumination at the world’s largest church, bringing its art and architecture out of the dark. 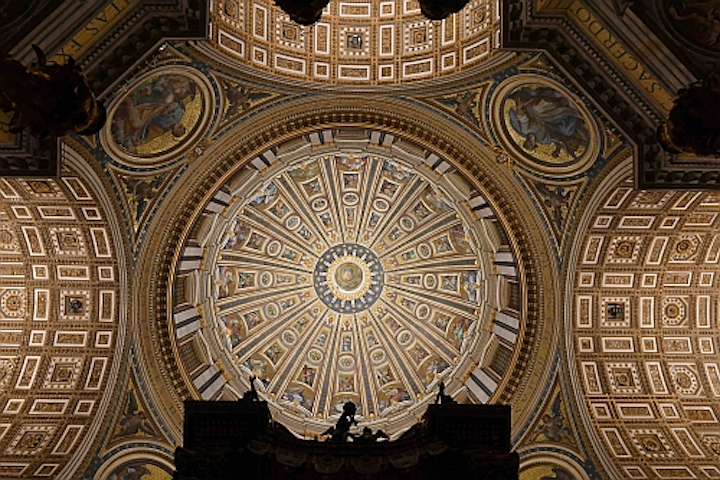 Osram turns on the new illumination at the world’s largest church, bringing its art and architecture out of the dark.

ROME – For all of the wonders of art and architecture inside St. Peter’s Basilica, the Holy See had to confess: The place just wasn’t lit well enough for people to fully appreciate them in modern times.

That changed last Friday night, when Osram ceremoniously switched on some 780 LED luminaires inside the world’s largest church, bringing new visibility of domes, frescoes, mosaics, paintings, statues, and other features that had been at least partially obscured for centuries, including Michelangelo’s 137m-high (450-ft) main dome.

“This project provides a significant service, both to art lovers and to those who come on pilgrimage to this symbol of Catholicism,” said Cardinal Giuseppe Bertello, president of the governorate of Vatican City State. “We are pleased that a special light has been cast on this important location — thanks to the new illumination.” 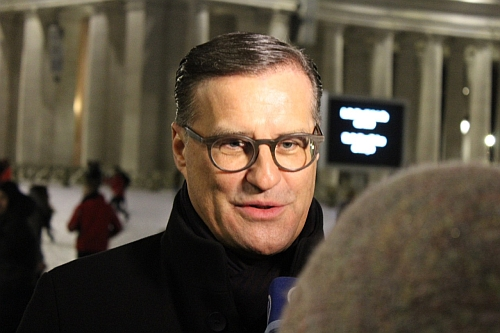 Osram CEO Olaf Berlien last Friday on his way into St. Peter’s Basilica, where he and the Vatican ceremoniously turned on the new indoor LED lighting. (Photo credit: Mark Halper.)

“Together with the Vatican, we developed fundamental new lighting concepts,” said Osram CEO Olaf Berlien, noting that previously, some areas of St. Peter’s “were almost in the dark.”

Fitting to Berlien’s ongoing push to transform Osram into what he called a “high-tech company and high-tech photonics company,” the St. Peter’s lighting system includes a digital control system which the Vatican can use for myriad light settings, including brightness levels that support 4K and 8K ultrahigh-definition television transmission.

“The project demonstrates just how history and high tech can be combined in the best possible way by using the right expertise,” Berlien said. “More than 500 years of history are now being bathed in digitally controlled LED light.”

Construction of the monumental Renaissance church, a UNESCO World Heritage Site, began in 1506 and finished 120 years later, in 1626. 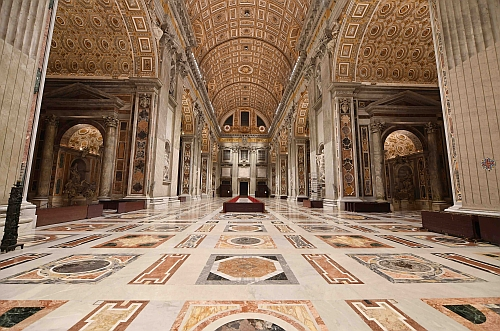 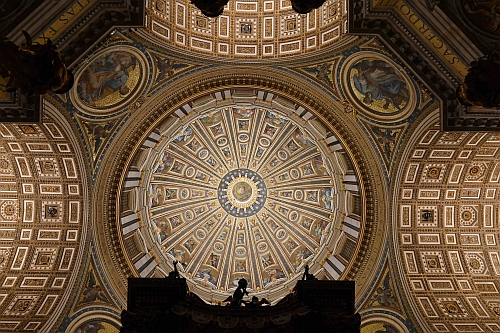 The new LED lighting from Osram brightens up the entire Basilica, including the Nave, the main dome and the various chapels, such as in the before and after shot above the Chapel of the Madonna. (Photo credits: Archivo Fotografico Fabbrica di San Pietro.)

The luminaires house some 100,000 LED chips. Berlien said they will save up to 90% of the power consumption of the previous halogens.

Osram had first announced plans for the scheme in October 2017. St. Peter’s marks the latest major relighting at the Vatican for the company within the last five years, following overhauls indoors at the Sistine Chapel and at the Raphael Rooms, and outdoors at St. Peter’s Square.