The wide range of colours available from LEDs, their versatility, their compact size and ease of installation give architects, designers and installers the freedom to devise completely new lighting solutions, as Ian Cathcart, OSRAM's LED systems manager, explains. 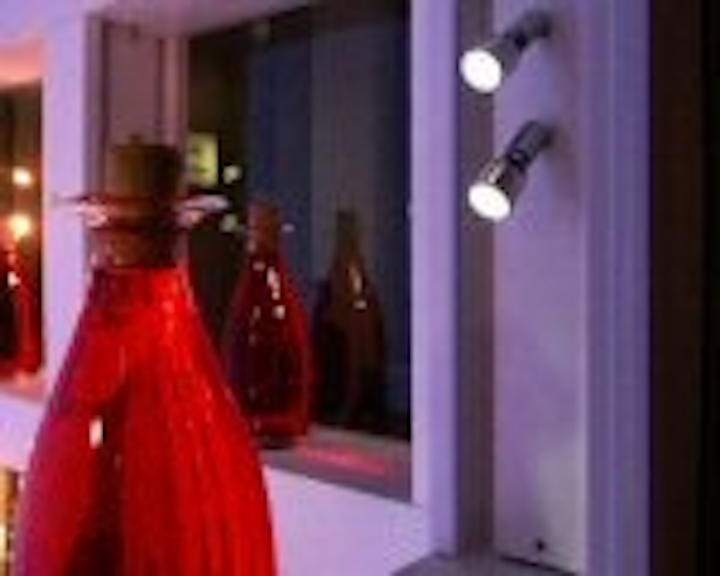 Though in the past LEDs have been used for very specific applications – such as effect lighting, wall washing and way finding – they are increasingly being used for general lighting, and the market is set to increase by around 34 per cent per annum for at least the next three years. For many lighting designers and installers, the most widely accepted reasons for this growth are the efficiency and durability of LEDs. As a result of climate change and unpredictable fuel costs, the significance of lighting products that can improve energy efficiency whilst reducing carbon emissions and fuel costs is increasing all the time.

Alongside this, legislation, such as Part L of the Building Regulations and the Energy Performance of Buildings Directive, has ensured that energy efficiency is considered when lighting is being specified for new and refurbishment projects in both domestic and commercial sectors.

Artificial lighting accounts for 19 per cent of worldwide electricity consumption, so leading lighting manufacturers are taking a very conscientious approach to the development of environmentally sensitive products. OSRAM takes sustainability and energy saving lighting technology very seriously, and in recent years the company has introduced a wide range of energy saving lamps and electronic control gear. Also, there has been heavy investment in the development of LEDs, which OSRAM believes will be the most effective products available for providing energy-efficient lighting in a few years’ time.

LEDs are as bright as halogen lamps, yet offer impressive energy savings. Because they produce a narrow spectrum of monochromatic light using little power they are very energy efficient. As a comparison, whereas incandescent lamps are just nine per cent efficient, LEDs can achieve 40 per cent efficiency or better.

To illustrate, replacing a 60W Classic A light fitting with a LED alternative – such as the OSRAM DRAGONtape – will reduce energy consumption by 73 percent and extend the life of the light by 2,500 percent. That’s a phenomenal saving in terms of both cost and maintenance.

Even when compared to a halogen light, the results are astounding. By replacing a 35W LV IRC Halogen light with a DRAGONtape, energy consumption will be reduced by 42 percent and the life of the installation will be prolonged by 625 percent. LEDs can also be powered by sustainable energies such as solar power (photovoltaic arrays), small wind turbines and fuel cells, which would obviously make them even more energy efficient.

The other benefit LEDs are widely acknowledged for is their durability. Requiring very little maintenance they are able to last for over 30 years – that’s 20 times longer than an incandescent lamp. Acknowledgement of their durability and low maintenance means LEDs are increasingly being used in applications where halogen and fluorescent lamps are usually fitted, particularly for signage and pelmet lighting.

Whilst it has been largely accepted that LEDs are energy efficient and durable, they actually offer many other advantages. For OSRAM, the energy efficiency and durability are added bonuses to what we consider to be an already impressive technology.

At OSRAM we believe that LEDs have unique capabilities, which give architects, designers and installers the freedom to devise creative, innovative and dramatic lighting solutions. Because LEDs are available in a wide range of colours and light outputs, they give installers an enormous amount of freedom in terms of creating aesthetically focused lighting solutions.

For example, LEDs can be used to create changeable atmospheric mood lighting, which can be incredibly dramatic and imaginative. They can also be used to ‘wall wash’ a plain white room – in a sequence of different colours if required. This means a home or commercial building can change its ambience every day, or even several times a day.

With LEDs, these effects are literally instant, as after just a few hundredths of a second the lamps produce the colour, strength and brightness required. LEDs are particularly efficient when coloured lighting is required; unlike general lighting products, LEDs emit coloured light directly without part of the spectrum having to be filtered out.

Compact and easy to install

LEDs are also compact in size, making installation options highly versatile. Over the last few years the installation of LEDs has become much easier too.

Previously, fitting LEDs required lots of wiring and soldering, but now ‘plug and play’ systems, as well as modular options, are available, making installations much simpler. At OSRAM we have developed innovative fixing systems to ensure our LEDs can be easily adhered to surfaces and around varying shapes.

Another important benefit to mention is that LEDs have a low thermal output. Therefore any heat sensitive item that an LED illuminates doesn’t need to be protected with cooling equipment. The fact that LEDs are insensitive to vibrations and contain little or no UV or infra red radiation further increases their scope for use.

Offering vast design capabilities, as well as being very energy efficient and durable, LED technology really is the future of lighting. With this in mind, during September and October 2007 OSRAM is holding practical half-day LED training courses at 10 venues in the UK, and one in Ireland (see our news item).

With in-depth information and live demonstrations, the CPD (Continuous Professional Development) approved "OSRAM LED Training Course: Preparing you for the Future of Lighting" is an essential tool for designers and installers. Further information can be obtained by calling OSRAM on 01744 831 955.

OSRAM designs and manufacturers over 5,000 different types of lamps and electronic control systems, and has been researching and developing LEDs since 1972. As a LED market leader, the company offers all equipment required for LED installations, including components, modules, control gear, controllers and some consumer luminaires. Its LED systems can be obtained in a range of colours and light outputs.