The Repro-light project is expected to produce a modular LED luminaire as an example of the customizable, upgradable, and recyclable potential of future solid-state lighting designs. 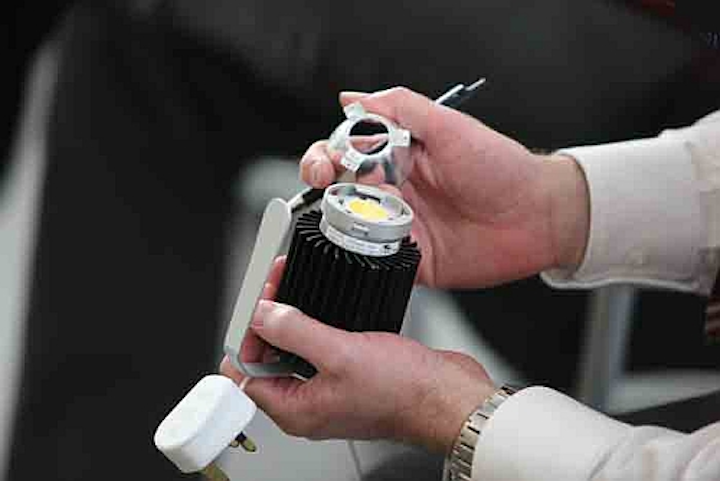 The European Union is to spend £4m (€4.3m, US$5.27m) designing a light fitting made of component parts which can be easily manufactured and disassembled.

The idea behind the Repro-light research project is to create an example of a sustainable luminaire whose parts are upgradable and recyclable.

Interested in articles & announcements on LED lighting for general illumination?

Modularity in LED luminaires will be one of the topics discussed at the International Lighting Fixture Design Conference on Wednesday, June 20 and Thursday, June 21, 2018 at the Cavendish Conference Centre in London. For more information, visit the website here.

It’s hoped that lighting manufacturers will follow the example of this “luminaire of the future” in an attempt to change the image of a LED fixture “from a disposable object into a customizable and sustainable product.”

The ambitious Repro-light project aspires to “successfully initiate a transformation of the European LED lighting industry by the year 2020.” The background to the project is the “fierce competition from Asia” while at the same time prices for LED luminaires are rapidly falling.

By developing an intelligent LED-based luminaire with a modular, stackable architecture the project seeks to change the industry’s view of the LED luminaire as a generic, disposable object into a customized product with high functional value.

It hopes to use “innovative technologies and materials” to forgo wiring and make luminaires “stackable.” It is hoped that the modular design and the development of a smart production scheme will substantially reduce costs and manufacturing time as well as their environmental impact. 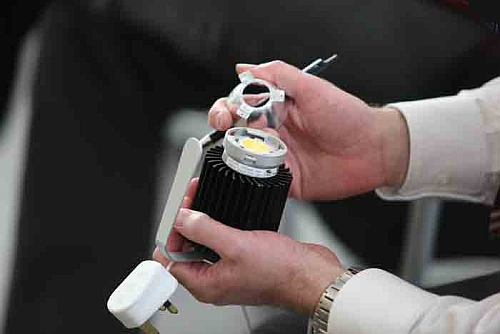 This modular LED fixture may help change the perception of a disposable LED luminaire to one of providing customizability and sustainability features beyond energy savings.

“Now is an extremely crucial moment for creating a sustainable solution for LED luminaires since the LED market is in the middle of a massive transformation, changing the value proposition of LED-based lighting solutions from a focus on energy efficiency to functional values.”

The Repro-light luminaire will “employ intelligence and have a positive impact on peoples’ health.” 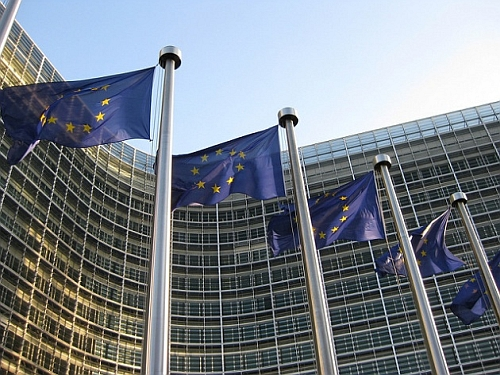 The Repro-light project is the latest in a series of forays into the lighting industry by the European Commission. Last year, its three-year Lighting for People project ended. Its task was to encourage open innovation, green business, and sustainable development in the lighting sector. (Photo credit: TP Photography via Flickr Wikipedia Commons 2017.)

The EU says the Repro-light consortium is perfectly suited to be the spearhead of this lighting revolution as the entire value chain is represented and the consortium is structured around a sound industrial backbone.

What’s not clear is the role of LED module standards body Zhaga in the project, as well as the rights to the intellectual property arising from the research work.

The project is the latest in a series of forays into the lighting industry by the European Union. Last year, its three-year Lighting for People project ended. Its task was to encourage open innovation, green business, and sustainable development in the lighting sector.