You'd expect GE's energy and lighting unit, Current, to trial indoor positioning. But the focus is on good old energy savings. How 2015! 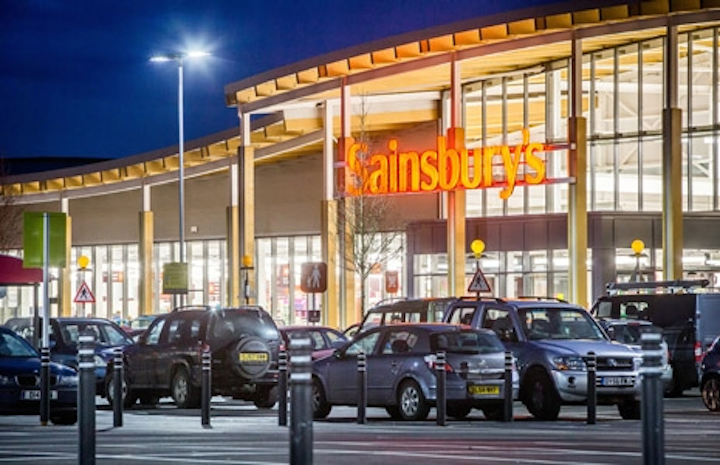 You'd expect GE’s energy and lighting unit, Current, to trial indoor positioning. But the focus is on good old energy savings. How 2015!

Although the LED lighting industry likes to portray itself these days as moving beyond illumination into the bold new connected world of the Internet of Things (IoT), a raft of announcements from GE's new energy and lighting group shows that some of the conventional messaging of LED's benefits — namely, energy savings — still apply.

All five extolled the benefits of energy savings — the classic justification for LEDs that is now yesterdays' news. Some also described the aesthetic and illumination improvements that LED light sources provided. 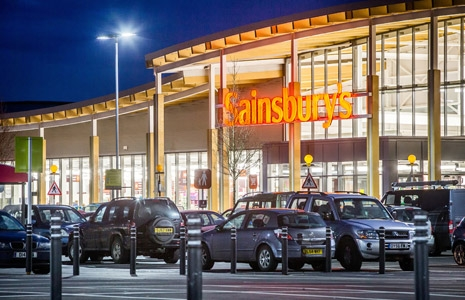 This new Sainsbury's in Leek, England is completely lit with LEDs, but the IoT has yet to shine through.

Yet none of them contained a single word about any of the newfangled ideas that Current and other LED vendors are promoting. None mentioned anything about the IoT, or about how the lights will become key cogs in data collection and consumer-engagement schemes. As LEDs Magazine has written many times (for example, here) in the bold new world of data-linked intelligent lighting, LED ceiling lights are expected to communicate with shoppers' cellphones and help navigate them around stores and send them to aisles and shelves offering products and discounts of particular interest to the individual.

Lighting networks equipped with visible light communication (VLC) and/or other technologies such as Bluetooth are expected to make this happen, especially when they're tied into the cloud and into consumer loyalty schemes, where they can quickly analyze an individual's shopping history, needs, and habits and ping people with relevant messages as soon as they walk through the doors. Current calls it indoor positioning.

If any of the five ballyhooed new retail customers are deploying such schemes, Current is keeping it quiet. We inquired about one of them — the new 40,000-ft2 Sainsbury's supermarket and general merchandise store in Leek, England, which is lit entirely by LEDs including GE's Lumination line of suspended and recessed ceiling luminaires, and its Infusion line for accent lighting. A GE spokesperson told us that the new store does not use lighting-based indoor positioning.

“Sainsbury's has partnered with GE to install the latest LED energy efficient lighting solutions,” GE said on the Current website, which claimed that the LED lighting will cut energy usage by 59% compared to conventional lighting and save 180 tonnes of CO2. It also extolled the uniform light quality from the new lights.

It made similar claims for its other new all-LED retail lighting deployments:

• GE Lumination lighting, refrigeration lighting, and parking lot lighting will help the Walmart Supercenter in South Euclid, OH, reduce energy in line with Walmart's overall goal of 20% reduction in kWh per square foot by 2020. The Lumination series will cut indoor lighting by 80,000 kWh per year in one instance and by 100,000 kWh in another compared to fluorescents; the GE Immersion RV40 refrigeration lighting will save 59,000 kWh annually compared to fluorescents; and the outdoor GE Evolve LED lighting will cut energy consumption by 50% compared to metal halides. GE will roll out the Lumination IS Series to over 200 Walmart stores, saving $34,000 per year in each store.

• North Carolina-based upmarket food chain The Fresh Market is in the middle of replacing 64W halogen lamps in over 130 locations around the country with 17W GE PAR38 LED retail lamps, a process that will pay back in two years by saving on average 80,000 kWh per year per store. The more efficient LED lamps are also cutting the cooling bill because they emit less heat than the halogens. The LEDS also last longer, and provide superior color rendering and have less glare, GE and The Fresh Market said.

• Texas-based regional supermarket chain Brookshire Brothers has reduced annual operating costs more than $235,000 in total across some 72 stores in Texas and Louisiana through a mix of new LED and fluorescent lights both indoors and outdoors, including general lighting and refrigerator cases. “The relamping has eliminated more than 3.8 million pounds of CO2 emissions, which is equivalent to planting 490 acres of new trees and taking 350 cars off the road,” GE said.

Those are all impressive numbers. They are also the sort of claims that we have become accustomed to with LEDs. As a marketing message they're not exactly anachronistic. The energy savings aspect of LEDs should never be forgotten. But the more modern concepts of IoT or indoor positioning are conspicuous by their absence.

GE has been rolling out many of the installations over the last several years, going back as far as 2011, so it's not a surprise that lighting-based indoor positioning doesn't feature in some of them. As early days as the technology is now, it would have been even earlier five years ago.

Still, at locations like Walmart and Sainsbury's with huge customer followings and loyalty schemes, you'd expect some amount of indoor positioning in the lights, especially from a supplier like Current, which touts the concept.

“By unlocking and collecting data from sensors, LED light fixtures make possible an entirely new level of customer service and insight,” Current said recently on its website. “GE is creating a family of indoor positioning technology and products that could enhance the shopping experience, increase traffic in stores, drive greater guest conversion from shopping to buying, increase operational efficiency and more.”

In another recent post, Current noted, “Intelligent data-gathering technologies that can be integrated into the store’s infrastructure have created a host of new channels for customer communication —capitalizing on a growing willingness from customers to interact with brands in-store through their smart devices.” Those channels include light-to-smartphone communication, it noted.

GE has said in the past that it is trialing lighting-based indoor positioning at a few locations in Europe and in North America. But it has yet to publicly name any installations (one reason could be that retailers might balk at outwardly associating themselves with what some observers dub “spy lights”). Its trials have involved technology from VLC specialist ByteLight, although GE rival Acuity Brands acquired ByteLight in April 2015, so it's not clear to what extent GE still works with them.

Meanwhile, as our sister publication Lux Review has reported, Target has embarked on lighting-based indoor positioning at about 100 stores. A Carrefour store in Lille, France was sampling the technology with Philips, as is Dubai-based retail chain aswaaq. Other retailers are also kicking the tires. It is not yet generally known if these pilots have been successful.

We hope to hear more from Current soon. Until then, the more things change, the more they remain the same — a tad ironic from a company like Current, which prides itself on the new IoT and energy ethos of connecting things, extracting and exchanging data between them, and thereby improving operations.

There's nothing wrong with the energy savings song. It's just that we've heard it a few times.