Adaptive SSL implementations will be capable of varying the range of headlights based on vehicle speed or widening the beam to illuminate sidewalks in city driving. 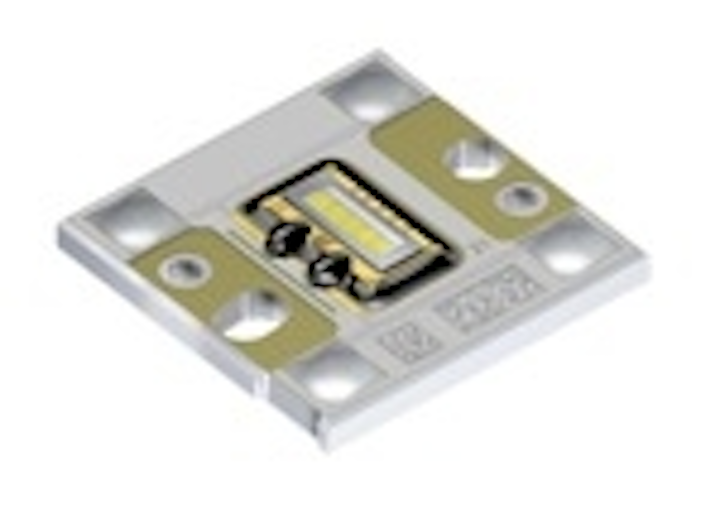 Focused on increased safety for drivers and passengers, the German Federal Ministry of Education and Research (FMER) is sponsoring a research project on adaptive forward lighting systems (AFS) for autos, and Osram Opto Semiconductors is serving as the project coordinator. The project will seek to combine microelectronics and optoelectronics technologies to enable autonomous camera-based control of LED headlamps with no mechanical actuators.

The AFS concept includes both optimum lighting for the driver and supplementary traffic safety functions. The goal is glare-free high-beam lighting, and low beams that adjust to the speed of the vehicle. For example, at high speed, the AFS would extend the range of the headlamps. In city driving the system would produce a broader beam to ensure that pedestrians or cyclist are lit and easily detected by the driver.

The FMER project will seek to develop a technology framework that can be broadly used by automakers going forward on a global basis. During the research phase, Daimler with carry out tests of the system.

In addition to Osram Opto and Daimler, there are a number of other participants in the project. IC vendor Infineon Technologies is contributing experience in automotive electronics and LED drivers. Osram's Specialty Lighting division is working on new electronic control gear for headlamps. The Fraunhofer Institute for Reliability and Microintegration is focused on interconnect technologies.

Auto lighting specialists Hella will develop the optical system and build headlamp prototypes using Osram LED modules. The project will use multi-chip LEDs such as the Osram Ostar LED pictured nearby.

Stefan Grötsch is responsible for LED applications in automotive lighting at Osram Opto and is serving as project coordinator. Grötsch said, "We have brought together major players in their respective sectors and have assembled a wealth of expertise for this pioneering project."