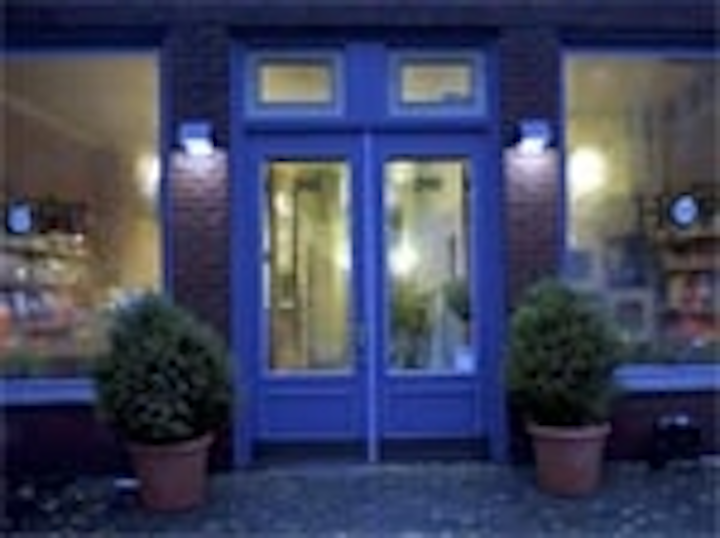 Lighting industry still learning how to apply advanced LEDs (Sep 06)
Some lighting designers view LEDs as a troublesome technology that is only really useful for color-changing applications, but at the same time the LED community is moving to address many of the concerns voiced by the lighting industry. Tim Whitaker reports from the Applying Advanced LEDs conference.

LEDs move to the next level at Light+Building (Jun 06)
Strong walking shoes and a pair of sunglasses were a good idea for anyone trying to see all the LED-related products at Light+Building…but it was a worthwhile journey.

Cyberlux matches attributes of LED lighting to market needs
Emergency lighting and defense-related products have set the stage for US solid-state lighting specialist Cyberlux to begin to penetrate the general lighting market. LEDs Magazine spoke with Mark Schmidt, president and COO of Cyberlux, about the company's plans.

LEDs in the mainstream: technical hurdles and standardization issues
A recent conference in the UK focused on the latest developments in LEDs and the ways in which they can be moved into the mainstream lighting market. Tim Whitaker reports.

Hybrid fixture lights up the night
The LED/incandescent light fixture developed by the California Lighting Technology Center and partners will save energy and costs, and reduce light pollution. The hybrid fixture, which includes a motion detector, is now being applied to pathway, entryway and security lighting.

LED luminaires get warm welcome in supermarket freezers (May 06)
An emerging application for LED luminaires is to provide illumination in temperature-controlled retail cases used in supermarkets for the display of perishable goods, as Liam Kelly of NuaLight discusses.

Product Focus: Permlight’s Enbryten Series LEDs lead the wave in marina lighting applications (Feb 06)
LED lighting has provided simple and elegant solutions to some of the problems encountered with trying to provide suitable lighting for marinas.

The 5mm package versus the power LED: not a light choice for the luminaire designer (Dec 05)
Although lighting fixture designs tend to emphasize the role of the power LED in current and future luminaires, there is a strong case for continuing to rely on the good old 5 mm package.

ConceptLED: concentrated dispersion of the light source (Dec 05)
LED technology allows luminaire manufacturers to break free of the restraints of working with conventional lamps, according to Moisés Domingo and Julián San Miguel of Indal group.

LEDs for general illumination: energy codes, lumens per watt, and other lighting criteria
The lighting community needs to be able to evaluate LED lighting products in the same way as any other competing technologies. Jeff Schwartz of ICF Consulting describes some of the relevant criteria.

Solid-state lighting gets smarter, more energy efficient
Smart solid-state lighting could have benefits in such diverse fields as medicine, transportation, communications, imaging, and agriculture, according to a paper in Science.

LED luminaires “will be installed in new homes by fall 2005”
Permlight has introduced a complete line of low-cost LED-based products for the new home market, which are compliant with energy codes and Energy Star 4.0.

Pulling LED products into the market
Understanding the requirements of the lighting design community is a key challenge in trying to gain acceptance for LEDs in lighting markets, as LEDs Magazine discussed with Eddie Effron of Permlight Products.

Brussels conference sprouts better understanding of LEDs
Interaction between lighting designers, luminaire manufacturers and LED suppliers should help the LED industry to focus on its strengths and continue to develop.

Polymer technology provides uniform glow for PolyBrite bulbs
PolyBrite International has released a range of LED bulbs and lighting systems based around the company's patented polymer technology which provides bright, even illumination.

From colored indicators to office downlights: LEDs face obstacles to become acceptable for interior lighting applications
While LEDs are widely used as colored marker and orientation lights and to provide color-changing effects, they are still some way from being suitable for use as an interior lighting tool, argues Richard Turner of Louis Poulsen UK Ltd.

LED lighting: challenges and benefits
Although there are many benefits associated with using LEDs for lighting applications, there are also many issues to resolve.

HB-LEDs: the market drive towards solid-state lighting
Growth in the high-brightness LED market will be fueled increasingly by illumination applications over the next five years as the price/performance characteristics of devices improve. Bob Steele of Strategies Unlimited analyzes the development of the solid-state lighting marketplace (Compound Semiconductor magazine, December 2003).

LLF warm-white luminaire has efficacy of 73 lm/W (Apr 06)
LED Lighting Fixtures has conducted independent testing of a 3200K luminaire, which produces more that 700 lm using less than 10 W of power.

LED joint venture Lexedis launched in Paris (Dec 05)
Lexedis Lighting, a joint venture between Toyoda Gosei and Tridonic, has proclaimed "the rebirth of light" at its official launch.

TIR gains two Lexel partners, CAN$14 million in financing
TIR Systems has announced two partnerships, with Genlyte Group and Lighting Services Inc, to develop Lexel technology, and has a closed a financing round.