The LED lighting industry in the UK continues to expand; i-Vision has moved to new, larger facilities while a brand new company, i-Pix, is focusing on the entertainment lighting sector. 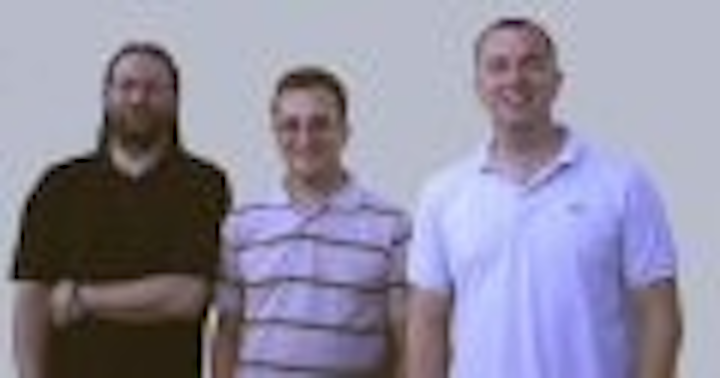 The building has been completely gutted, refurbished and customised by the i-Vision team to meet their growing needs, which had completely outstripped the capacity of the previous premises in Chepstow, particularly the manufacturing aspect. i-Vision can also now capitalise on keeping as much of the process as possible in house.

As an energy conscious company, i-Vision has undertaken all its own lighting design and installation work in the new building, utilising LED and energy-efficient sources where possible.

Also new at the Cwmbran facility is a training area for customers wanting to learn more about i-vision products and LED technology, or who those wanting to increase their general knowledge about the energy saving steps they could be taking with their lighting.

“I can’t stress how important this is becoming” states i-vision’s Geoff Jones, who reveals that the company has also devised a simple CO2 emissions test allowing clients and other interested parties to assess their current carbon dioxide creation status, and discover how much they can save both in terms of emissions and money by switching to more environmentally friendly light sources. The CO2 calculator will also be downloadable from i-Vision’s website.

A new UK-based LED design and manufacturing company, i-Pix, has been launched in the UK by some of the co-developers of the famous "Pixel" brand of LED fixtures that are manufactured by James Thomas Engineering.

The photo shows (left to right) founders Chris Tolley, Tony Horton and Chris Ewington. Based in Manchester and Worcester, UK, the new company says that it will bring "new energy, imagination and horizons to the world of entertainment industry LED technology."

The company has already launched the first in its new range of high-powered LED products - the Satellite – and the first production batch went straight out on tour with Radiohead (LD Andi Watson) and Beautiful South (LD Dave Byars).

Does the industry need another LED company? Chris Ewington thinks so. "i-Pix is definitely different," he says. "We have a huge collective pool of experience, knowledge and enthusiasm, and a host of innovative ideas that we want to bring to the market. We want to build on everything we learned during the four years of developing the Pixel brand."

i-Pix says that it intends to be completely market-led, and has already identified an untapped area of the entertainment sector that needs high-powered, well-built and well-priced fixtures. "As the LEDs dramatically increase in brightness so does a real hunger for developing this new technology complimenting what already exists," said Ewington.

Satellite is a 42-watt RGB self-contained LED wash fixture with power and data daisy-chaining ability, and the potential of running up to 60 fixtures off a single 16-amp feed. Features setting the fixture apart include ultra-smooth dimmer response, an easy-to-read LCD user interface, and easy address and set up. Users can also utilise the onboard software to create their own internal chase sequences when used in stand-alone mode.