Most of the LED retrofit tubes on the market integrate a driver within the tube form factor, but James Chorlton explains that an external driver offers significant benefits. 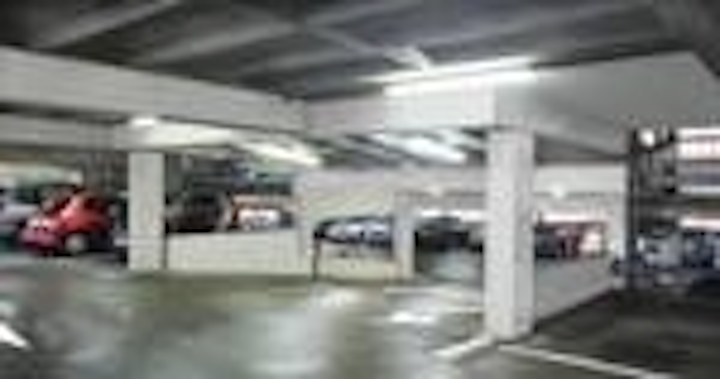 This article was published in the November/December 2012 issue of LEDs Magazine.

View the Table of Contents and download the PDF file of the complete November/December 2012 issue, or view the E-zine version in your browser.

We are on the brink of an LED revolution. Since high brightness LED technology has reached efficiency levels comparable with those of fluorescent lamps and the price-point has lowered significantly, organizations are recognizing the benefit of solid-state lighting (SSL) as a commercially-viable, energy-efficient lighting solution. One high-profile target for SSL manufacturers is the very large installed base of linear fluorescent tubes. Ultimately the switch to LEDs in tubes may become a no-brainer but the best way to implement the driver is still very much up for discussion.

As the uptake of LEDs for general-purpose use has escalated, so has the industry debate around the way in which the SSL technology should be deployed. Many retrofit products have appeared on the market designed to replace the popular 4-foot fluorescent tube – they appear to be a simple, straight-forward solution. But with the European Commission Low Voltage Directive Administrative Co-operation Working Group (LVD ADCO) expressing serious concerns about replacement tubes and the modifications necessary to existing luminaires in order for them to operate correctly, there remains a question mark over whether the retrofit model is as clear cut as it seems. Similar concerns exist with regulatory bodies in other parts of the globe.

The concerns described in the working group’s “recommendation report” in 2011 related to safety and the unacceptable risk of electric shock presented to consumers and professionals. They discovered that many of the LED T8 replacement tubes in particular did not comply with safety requirements including protection against electric shock. Having identified that a common failure was access to live parts where one end of the tube is left exposed as an easily accessible shock hazard, the report concluded that operators need to do more to assess the safety risks.

The 2011 findings were supported by a more recent study carried out by the UK-based Electrical Safety Council. Independent research by the council into the basic safety of linear T8 lamps from UK suppliers found that – a year from the LVD ADCO recommendation – the situation had not improved, and that potentially unsafe retrofit LED lamps continue to be placed on the market. The main issue being that currently there are no specific standards for these products to adhere to, and herein lies the problem.

With no specific standards in place, the design of LED lamps varies considerably. They can be broken down into two main categories — those with external drivers and those with internal drivers. The internal driver approach creates simple retrofit opportunities, albeit with the accompanying safety implications outlined above.

The issue is that, in principal, the integrated-driver approach appears straightforward. Depending on the type of control gear that has been fitted, the contractor will simply need to modify the existing fluorescent control gear by using a fuse link in place of the starter for magnetic ballasts. Alternatively, the contractor can bypass electronic ballasts completely and wire the lamp end caps directly to mains voltage rather than having to mount and wire up a new LED driver module as well.

However, apart from the safety implications and the compliance issues caused by uncontrolled luminaire modification, the internal driver approach also requires that all the electronics must be housed within the confines of the LED tube. The lifetime of the LED driver will be directly – negatively – impacted by using smaller de-rated components to fit in the restricted space. In addition, the excess heat generated as a result of putting the driver into the LED tube raises the overall temperature of the tube and reduces the lifespan of the LEDs.

It is also more difficult to incorporate smart features such as 0-10V or DALI-controlled dimming. In fact many of these retrofit LED tubes are non-dimmable or rely on inefficient triac-based, phase-cut dimming approaches. Not only that, but the retention of the existing fluorescent ballast can dramatically reduce the lifetime of the fixture. Fluorescent ballasts last a few thousand hours but an LED lamp is designed to last for tens of thousands. By choosing a retrofit solution that retains a used ballast of unknown quality, the luminaire will continue to need costly and frequent maintenance.

There are also further safety implications with the weight of the new LED tube often being significantly heavier than the fluorescent it replaced, and too heavy for the old lamp holder it now sits in. Furthermore, the lamp holder is not designed to take a continuous mains voltage of 230V or 115V, which the retrofit LED tube demands.

By comparison, an external driver system, that is based on the fluorescent concept where a single external LED driver runs one or more LED tubes, can comfortably include any dimming and smart features required. Since there is less restriction on size and form factor there is greater flexibility. The design flexibility can minimize the effect of heat depreciating the lumen output of the LEDs. The external-driver approach should offer better reliability, a longer life span and a safer product. At Honeywell for example, where we deploy the external driver design, we have an industry-leading 5-year warranty and a 60,000 hour product life – that’s almost 7 years at 24/7 operation.

The 5-year warranty is the main reason that St Michael’s Car Park in Northampton, UK chose to switch from fluorescent lighting to LED tubes with an external driver (Fig. 1). The Councillor John Caswell, Northampton Borough Council cabinet member for the environment, said that given the need for more affordable and energy-efficient lighting they were looking for a solution that offered a long warranty period from an established manufacturer.

One of the key benefits of this long lifespan for the council is the only maintenance required over the next 10 years is cleaning, compared to fluorescent lamps which need to be replaced approximately every two years. For St Michael’s car park the result is far less disruption to everyday operations.

The car park’s existing 6-ft twin 70W fluorescent units were replaced with Honeywell 5-foot twin 23W LED Utility units to give comparable light output while significantly reducing energy usage. The switch is predicted to reduce the car park’s energy consumption by as much as 75%, saving up to £17,800 ($28,400) annually. And the impact is already being seen. A few weeks after the switchover was complete, the car park’s energy provider phoned the council, concerned that lights in the car park must have stopped working as there’d been such a dramatic drop in energy usage.

Finally, choosing a complete luminaire solution with an external driver means any safety or life concerns are removed. The entire system – the lamp, the lamp holder and the driver are designed to work together.

From our perspective, many of the retrofit LED lamps in the market are unsafe. The retrofit tube model with integrated driver just doesn’t work in a secure or reliable way. Others would argue against the higher initial investment cost needed for a full replacement and a switch to an external driver model. We would say that the return on investment through energy savings, a longer product life, plus the safer design not only makes that investment preferable, but essential. The discussion continues.

What is clear though, is that as the industry is about to witness the mass adoption of LED technology, standardization and further regulation is necessary.