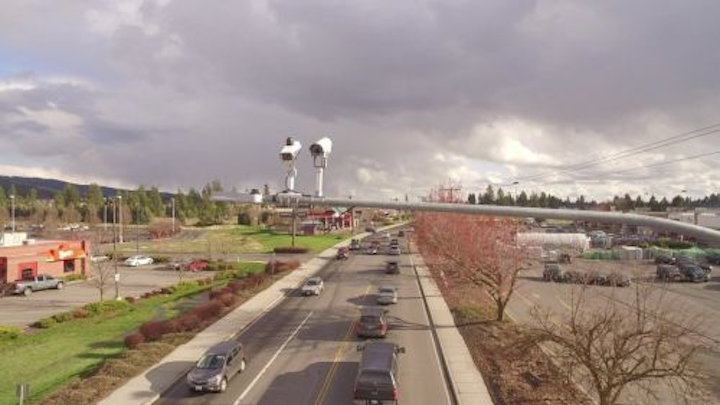 Fresh off a smart lighting project in which it relies in part on intelligence sent by remote IBM Watson computers, controls company Echelon is now also beefing up its ability to think on its own, as it has installed a trial roadway LED lighting system in Spokane that uses onsite intelligent cameras to detect traffic patterns and adjust illumination accordingly, without tapping remote information.

Spokane marks the first deployment for a patent-pending system that Echelon calls InSight Cognitive Vision, which it is marketing as an industrial Internet of Things (IIoT) technology to support smart city and smart campus applications such as traffic-adaptive lighting.

“With InSight, traffic data is collected and processed at the edge of the network instead of on a central server,” Echelon said in a press release.

Using a combination of cameras equipped with algorithms, InSight makes rapid decisions on how best to alter lighting depending on variables such as traffic flow. Santa Clara, CA-based Echelon describes the technology as “cognitive vision.” Other vendors such as Sensity Systems use the phrase “computer vision.” 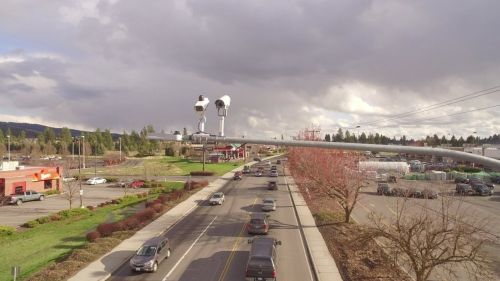 Echelon combines the smart cameras with its own local central management system, called LumInsight. It implies that the system works faster and more reliably than more rudimentary schemes. Information travels from LumInsight via a power-line Internet connection. Echelon plans to also offer that hop wirelessly in the future.

“This architecture enables faster action in response to changing conditions and minimizes network bandwidth requirements,” Echelon said. “With InSight, each unit analyzes video streams locally and makes decisions about what light levels to set based on traffic volumes and conditions, triggering higher levels during peak hours and lowering light levels during non-peak hours.”

The system also sends data to a central location for use by other city departments.

Convinced of its merits, Spokane has installed InSight cameras on light poles at one intersection, with plans of installing it at five and, eventually, across the city.

"Echelon's new solution will deliver more efficient lighting sequences at a lower cost, so we're excited to be testing it,” said Adam Miles, associate traffic engineer for Spokane. "The technology will allow us to reduce energy costs through existing traffic detectors while we analyze data from the new InSight cameras and compare their ability to replace traditional traffic detection tools."

“Once the technology is in place, city managers can add IoT applications to further improve public safety and enhance quality of life as new challenges arise,” Modi said. "For instance, by using Echelon's innovative traffic-adaptive street lighting application, a city could avoid the need to deploy a separate, costly broadband network that would be required by a conventional closed-circuit TV monitor system that would send video streams to a central system for analysis."

Echelon plans to eventually add more smart-city features to InSight including vehicle classification, vehicle speed maps, traffic signal timing, and parking-related intelligence. The company did not say how much it is charging for the InSight system.

The “edge” data collection and processing contrasts with a separate approach that Echelon is taking in White Bear Lake, MN, where Echelon-controlled streetlights respond to weather information that IBM sends from its Watson cloud computing network.

IBM gathers weather data from its own global set of sensors and sends the local information on to Echelon's smart lighting management system in White Bear Lake, which then figures out how to reset the brightness and color temperature of individual street lights to provide optimal visibility.

White Bear Lake is the first of what is expected to be more Echelon-IBM combinations, following Echelon's announcement early this year of a partnership in which it is drawing on remote Watson-supplied intelligence for street lighting operations.

Modi explained to LEDs Magazine that Echelon will continue to provide both approaches. Localized information makes sense where response time is critical — such as with fast-moving traffic. For applications like weather, slightly longer wait times are tolerable and can save municipalities a lot of money by sparing them the price of outfitting lighting hardware with sensors and other intelligence.

Or to paraphrase Modi and twist the old phrase, Spokane has decided that when it comes to roadway lighting, it makes the most sense to think local, act local.