Zumtobel installs more than 21,000 LED units at the $1.7 billion facility, with more to come. 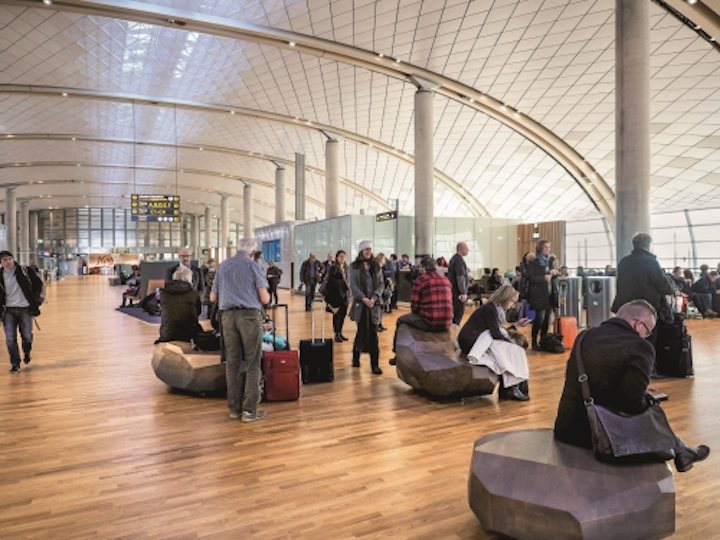 Zumtobel installs more than 21,000 LED units at the $1.7 billion facility, with more to come

Zumtobel Group said Oslo Airport is commissioning it for additional lighting modernization following Zumtobel's installation of over 21,000 luminaires at a new terminal, which opened in April and where luminaires change brightness and color temperature in response to natural light conditions.

The Dornbirn, Austria-based company deployed a combination of its own Zumtobel and Thorn brand LED luminaires — as well as its own controls — to illuminate the new 117,000m2 (1.26 million ft2) Terminal 2.

The tunable lighting project also entailed the addition of 5000 emergency escape luminaires, powered by 32 “eBox” power supply units, linked to a computer system and visible by central control via a browser.

The airport is using two different variations of Zumtobel controls — Litenet for the expansive common areas of the terminal, and Litecomm for the retail portion of the facility. The controls can detect natural light conditions and automatically adjust illumination levels accordingly, including both intensity and color temperature. 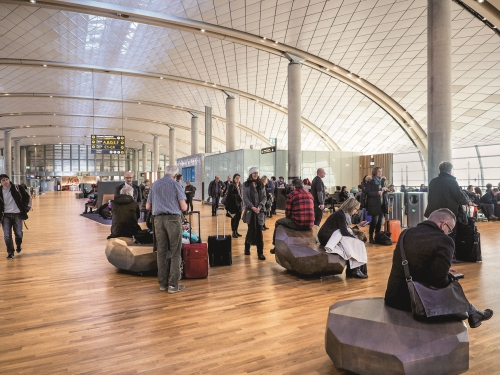 The sale to Oslo Airport operator Avinor — owned by the Norwegian government — is a straight-up purchase agreement, which was part of the 14 billion Norwegian kroner ($1.7 billion) new terminal. Avinor took ownership of the 21,200 or so lights, and is not buying lighting as a service, although it did award ZGS an annual maintenance contract.

In addition, “ZGS has now been trusted with the job of modernizing other parts of the airport,” Zumtobel said. For example, it will soon start to update the emergency lighting in the airport's existing Terminal 1.

The ZGS-led job comes as Zumtobel goes through an organizational transition aimed at lowering costs and at boosting its efforts in intelligent lighting and the Internet of Things (IoT).

In March, the €1.3 billion ($1.5 billion) company combined all “service offerings” — including its NOW lighting-as-a-service group — under ZGS. It announced in October that it will transfer employees from Tridonic manufacturing facilities in Dornbirn into its luminaire manufacturing in Schweizerstrasse Austria, and that it will add Tridonic production at a new Zumtobel plant in Serbia in a bid to lower manufacturing costs.

In a separate development at Oslo Airport, Philips Lighting has outfitted the SAS lounge with tunable lighting designed to help passengers fight jet lag. Watch for LEDs Magazine's upcoming story, and learn more about the implications of tunable luminaires in human-centric lighting installations in our latest feature.