The boss of Holland's Luminext believes that the next-generation cellular technology will give a much needed boost to the outdoor IoT business case, and will attract investors. 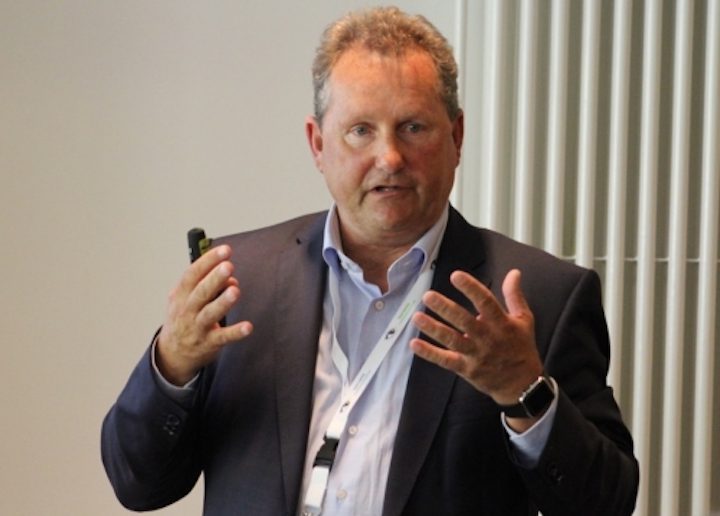 The boss of Holland's Luminext believes that the next-generation cellular technology will give a much needed boost to the outdoor IoT business case, and will attract investors.

HAMBURG – While the lack of a business case is currently discouraging investors from backing streetlight-centric smart cities, the pending arrival of 5G mobile networks could help change all that, according to the boss of a Dutch software and systems firm.

“5G is very important,” said Henk Walraven, managing director of Luminext, speaking at the Smart Lighting Conference 2017 here this week. “The reason for 5G to be there is to actually to finance the whole thing.”

Many enthusiasts believe that urban outdoor lighting infrastructures are ready-made to form the backbone of smart cities. The idea is to outfit luminaires, or the poles that house them, with sensors and communication chips that gather data on crowds, traffic, parking, air quality, noise, weather conditions, and much more. This data, when connected to the Internet, can then help authorities operate cities more effectively, can help people make informed choices about how to use the city, can feed retailers and other businesses with useful information, and so on.

But claiming that a lot of this today requires expensive wired networks (even though many early examples also use some form of wireless), Walraven noted, “There's no business case.” But in the near future, the huge leap in bandwidth and capacity augured by 5G will help support data transfer rates that will expand the capabilities of what wirelessly connected smart lighting can do.

“If you want to do fiberoptics to the lampposts every five lampposts, there's nobody that wants to pay for it,” said Walraven. “But if I can then go to small cells and 5G equipment, then the investors in that will actually have a little bit more patience in waiting for their investment to pay back.” 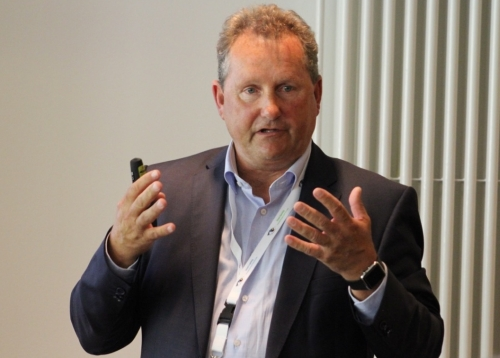 5G represents the next major advance over today's 4G in mobile networking speeds and capacity. It is expected to be generally ready by around 2020. Some pundits believe the leap will be necessary to support the billions of devices such as lights that will connect to the Internet of Things (IoT) — estimates vary wildly but several prognosticators expect around 20–30 billion devices to be part of the IoT by 2020, up from several billion today. As LEDs Magazine wrote earlier this week, lighting companies such as Finland's Helvar are experimenting with it.

For Luminext, 5G would help support smart city systems and applications, such as an “aggression detection” system that Luminext has deployed in a small pocket of Eindhoven. In that project, 22 “sound cameras” are mounted on light posts, anonymously detecting sound and converting it into a graphic that can alert police of yelling and screaming.

“You can actually determine what kind of sound it is and how many people there are.” said Walraven. “We determine where the aggression is. Without having any personal information, we can determine what's going on. We can determine when somebody is breaking a window, when a car is broken open.” Luminext uses the same technology to help determine the maintenance state of public buses and trains.

In the Hague, Luminext is behind a smart street lighting system that is intended to slash road salting costs. The new computer-connected system measures road surface temperature, takes note of the road material, measures traffic, and scans tweets for references to slippery roads in the city. Walraven said that last year, before the system, the Hague spent €8 million salting roads, mostly for precautionary reasons as the roads froze only one day. (That seems to be a business case that doesn't require 5G). The new smart lighting system will better inform crews on when the roads are truly likely to freeze.

There are hundreds of smart street lighting projects underway around the world, but many are in early, rudimentary pilot stages, as the industry samples what works and what does not. In one recent example, GE's Current division launched a small trial in Atlanta as a subcontractor to wireless technology provider AT&T. That comes after a hit-and-miss round for GE, in which it shut down a trial in Jacksonville while advancing a San Diego trial to full commercial deployment.

In one of the world's largest outdoor smart lighting installations, Los Angeles is using a Philips CityTouch system, primarily for improved control and maintenance.