The LED vendor makes the claim as it and Microsoft again show off indoor positioning systems for in-store shoppers and cloud data analysis. 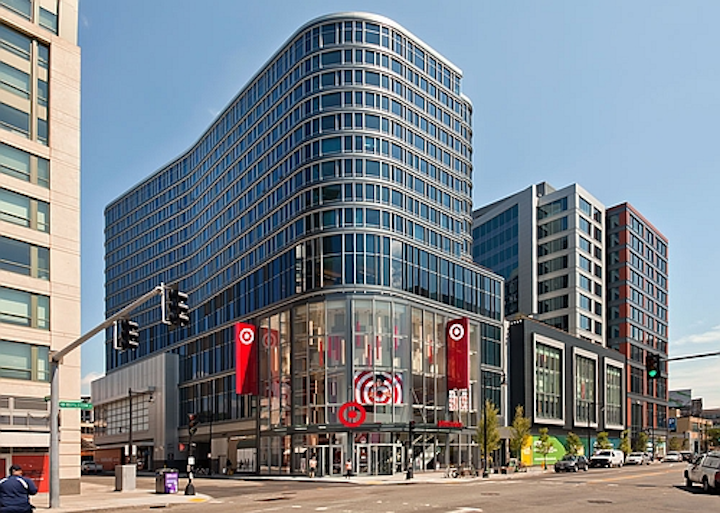 The LED vendor makes the claim as it and Microsoft again show off indoor positioning systems for in-store shoppers and cloud data analysis.

LED lighting vendor Acuity Brands said it has now deployed lighting-based indoor positioning systems (IPS) in nearly 40 million ft2 of retail space, a claim it made as it and software giant Microsoft jointly showed off Internet of Things (IoT) technology at the National Retail Federation exhibition in New York.

“We’ve made considerable progress in the retail market, having deployed our fully commercialized indoor positioning system solution in nearly 40 million ft2 of working retail space,” said Greg Carter, vice president and general manager of the IoT business unit in Acuity's lighting group. “We are excited about the opportunities to continue to enhance our offerings that will allow retail companies to provide more tailored, personalized, and mobile-enabled omnichannel shopping experiences for their customers.” 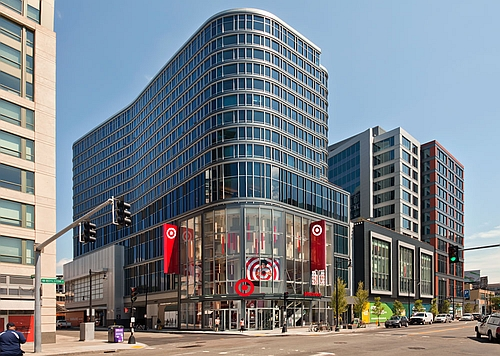 Retail stores like Target have been deploying lighting-based indoor positioning technology. Neither Target nor Acuity will confirm that Target is using Acuity technology. IPS communicates with smartphones. It could be a good demographic fit for the smaller urban stores that Target is now opening, such as this Boston Fenway store. (Source: Target.)

Acuity declined to identify by name any retailers who are using its IPS technology.

“We cannot discuss any customers due to our agreements,” an Acuity spokesperson told LEDs Magazine. “We are working with a number of retailers in the Top 25.”

Users are believed to include both Walmart and Target, the first and second ranked brick-and-mortar retailers in the US, respectively.

By November of 2015, at least 100 Target locations were known to have trialed IPS technology, a number that could well have surged by now. About a year ago Target had roughly 240 million ft2 of total retail stores; for perspective, Acuity's 40 million would be roughly 16% of that if all of Acuity's deployments were with Target, which they are not. Target is also opening new, smaller city outlets, aiming at a demographic that could be a good match with IPS.

Acuity's lighting-based IPS communicates with end users' smartphones via either the modulation of LED lightwaves — a technology known as visible light communication (VLC) — or via Bluetooth chips embedded in ceiling luminaires. Either way, the lights can welcome the shopper to the store and then direct him or her to discounts of particular interest to that individual. The system can then send data about the customer's actions to the cloud, giving the retailer and its suppliers valuable insights on sales and shopper behavior.

Acuity announced last summer that it was providing Target with smart lighting technologies in stores and distribution centers to reduce energy and improve illumination. Both companies declined to comment at the time when LEDs Magazine asked them whether the deployments included IPS.

In promoting its Microsoft exhibition this week in New York, Acuity lauded its IPS technology for “allowing retailers to save considerable energy and maintenance costs, while deriving highly accurate, real-time location of loyal customers, employees, and critical assets.”

"For retailers, mobile-first is no longer the exception — it is the rule — and offering personalized marketing through mobile devices is the best way to foster a deeper level of customer engagement and enhance the shopping experience," said Brendan O’Meara, senior director of Microsoft's worldwide retail group. "Acuity Brands continuously updates and improves its IPS technology, powered by our Azure cloud services solution, and it is this steadfast commitment to innovation that enables retailers to unlock the power of their data for in-store personalized marketing that is comparable with online retailers.”

Acuity stepped up its commitment to IPS in early 2015 when it acquired IPS specialist ByteLight. Earlier this year, it quietly changed the name of its IPS unit, previously called applied integrated solutions, to the new IoT business unit.

Editor's note:For more on lighting-based indoor positioning and the IoT, watch for our February feature story on the action-packed IoT Arena at London's recent LuxLive2016 exhibition.