With the New England Cannabis Convention as a venue, the DLC revealed that eight MaxLite LED luminaire models have been tested to and surpassed the new horticultural lighting regulations that gate entry to the DLC Horticultural Qualified Products List. 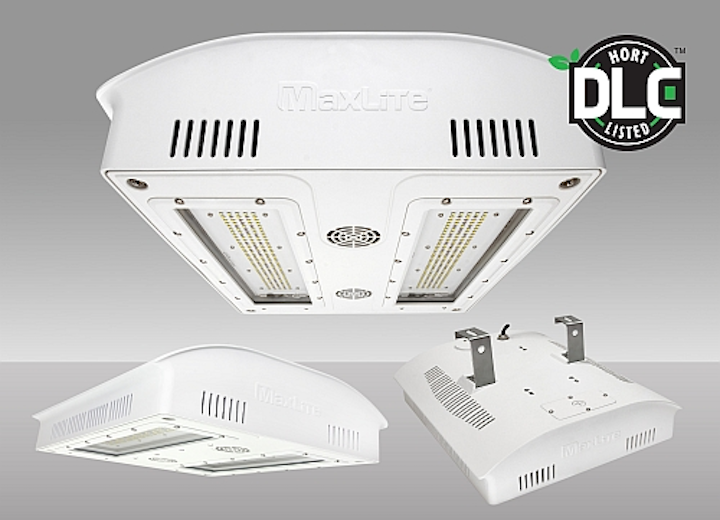 With the New England Cannabis Convention as a venue, the DLC revealed that eight MaxLite LED luminaire models have been tested to and surpassed the new horticultural lighting regulations that gate entry to the DLC Horticultural Qualified Products List.

The DesignLights Consortium (DLC) has announced the first LED luminaires to achieve listing on its Horticultural (QPL) Qualified Products List, meeting performance and reliability requirements established by the market-transformation organization. MaxLite has become the first luminaire manufacturer to place solid-state lighting (SSL) products on the QPL with eight different models meeting the DLC requirements. The eight products are all members of the PhotonMax LED Spot Light family of fixtures.

The DLC made the announcement of the first QPL-listed products at the New England Cannabis Convention that took place recently in Boston, MA. Moreover, the DLC presented the final version of its first Horticultural QPL requirements at the conference along with the new DLC Horticultural logo that companies can use on listed products.

“Agricultural lighting represents one of the fastest-growing electric load categories for many of the DLC’s utility members,” said DLC executive director Christina Halfpenny. “Thanks to a robust, inclusive stakeholder input process, we’re confident this new specification will accommodate the needs of the lighting industry, while significantly accelerating the adoption of new, more efficient horticultural lighting technology.” 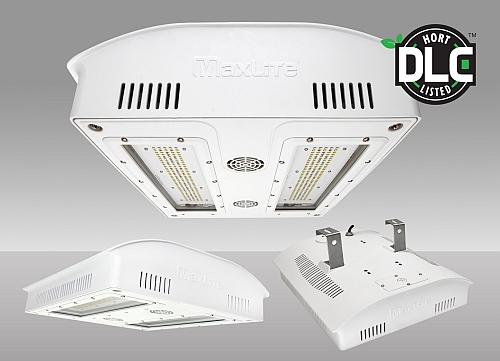 We have covered the Horticultural QPL development throughout the process. The organization narrowed to a consensus on the performance and regulatory requirements with the second draft of the regulatory document in August 2018. Those requirements that we detailed remain largely in place with the exception of some minor changes issued about one month ago. The agency has simplified some of the reporting requirements in the near term, but has established a baseline for high-performing and reliable LED lighting products for use in what can be a decidedly harsh environment.

Meanwhile, MaxLite also announced the listing of the PhotonMax LED Spot Light products that are part of the PH-GH360 and PH-GH600 series. Those products were just released commercially in early March. The family includes 360W models that deliver PPF (photosynthetic photon flux) of 714–790 µmol/sec and 600W models that deliver 1233–1358 µmol/sec. For more information on horticultural-centric specifications such as PPF, see one of our feature articles on horticultural lighting. MaxLite offers four versions of the luminaires at each power level with different spectral power distribution (SPD) matched to different needs of plants.

“MaxLite is focused on developing products that meet the highest standards in performance and quality, and our LED Spot Light fixture being the first product approved to the DLC Horticulture Qualified Products List is a direct result of those efforts,” said Paul Gray, senior director of horticulture sales at MaxLite. “DLC continues to be the central resource for the lighting industry and utilities in designing energy efficient lighting incentive programs, and a key indicator for lighting purchasers seeking high-performing products. MaxLite is working closely with utilities to identify and market rebate opportunities that will speed the time to ROI for growers wishing to optimize crop production through advanced lighting technologies.”

Interested parties can learn more about the technical requirements for inclusion on the Horticultural QPL on the DLC website.