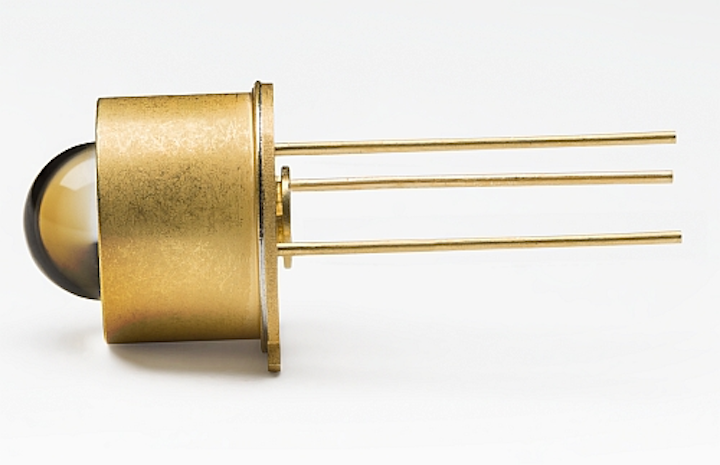 Crystal IS has announced the ultraviolet (UV) Optan UVC LED family that will span peak wavelengths ranging from 250 to 280 nm in what is known as the UV-C spectral band. The company manufactures the LEDs based on native aluminum nitride (AlN) substrates and the resulting decrease in defect density will enable the LEDs to displace UV sources such as deuterium and xenon flash lamps in a variety of life science applications. 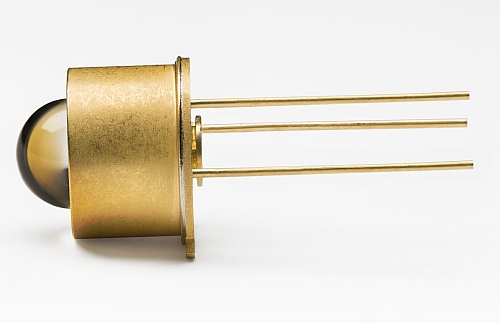 As we covered in our feature on some of the talks at the Strategies in Light conference back in February, there are many potential applications for UV LEDs with life-science applications especially prevalent in the UV-C band. Unfortunately, the efficiency of UV LEDs is limited by the amount of aluminum that is required especially at the shorter UV-C wavelengths. Crystal IS director of global product management Hari Venugopalan said that UV-C LEDs grown on sapphire substrates can exhibit efficiency below 1%.

There are a number of companies exploring different avenues to better UV-C performance, and the Crystal IS approach centers on the use of a native substrate. The strategy mirrors that taken by Soraa in the visible-light LED sector with gallium-nitride-on-gallium-nitride (GaN-on-GaN) LEDs. In the UV case, Crystal IS will offer AlN-on-AlN LEDs and the homogenous material approach reduces defects between the substrate and epitaxial layers. Venugopalan said the company has realized a five-order-of-magnitude reduction in defect density relative to UV-C LEDs built on sapphire.

Crystal IS manufactures the AlN substrates and those wafers are far more expensive than sapphire wafers. Presumably the performance of the LEDs will justify the expense. Venugopalan said, "We get away from tricks in the MOCVD process to eliminate defects."

The company has also used other techniques from the visible LED sector to maximize photon extraction. Venugopalan said the company has used roughened or patterned substrates and thinning of the substrate. The result is UV-C LEDs that offer efficiency in the 3% range.

Venugopalan, however, also said wall plug efficiency isn't so important in most target applications as opposed to how the LED source compares to legacy lamps. He said a typical deuterium or xenon lamp used in an application such as a spectrometer would consume 35W. Such a product is not fit for remote battery-powered use outside a lab and the lamps are fragile as well.

In an application that requires a narrow-band source, a UV LED light engine might consume only 1W. The other drawback to UV-C LEDs has also been short lifetime. But Crystal IS says the native substrate has extended projected lifetime by a factor of five to ten relative to other UV-C LEDs.

Crystal IS expects that the Optan LEDs will find immediate usage in application such as high-performance liquid chromatography (HPLC) for chemical detection, spectrometers used across life sciences, and water quality monitors. The Optan LEDs come in a TO-39 package that is widely used for discrete semiconductor components. Initially the company is offering the LEDs over the range of 0.5–2 mW in radiometric output power. Venugopalan said that tweaks to the epitaxial recipe should drive output into the 3–4-mW range later this year.

Crystal IS is also working on a surface-mount UV-C LED family that will feature a wider beam angle and enable applications such as water purification. We covered the technology behind that effort in a news article posted last year.

For more details on the UV LED market, see our feature on the UV technology sector published back in 2012. In addition, we recently published a feature on UV-A applications in the curing sector.