Developers keep at it, although broad commercialization of light-delivered Internet could still be a couple years away. 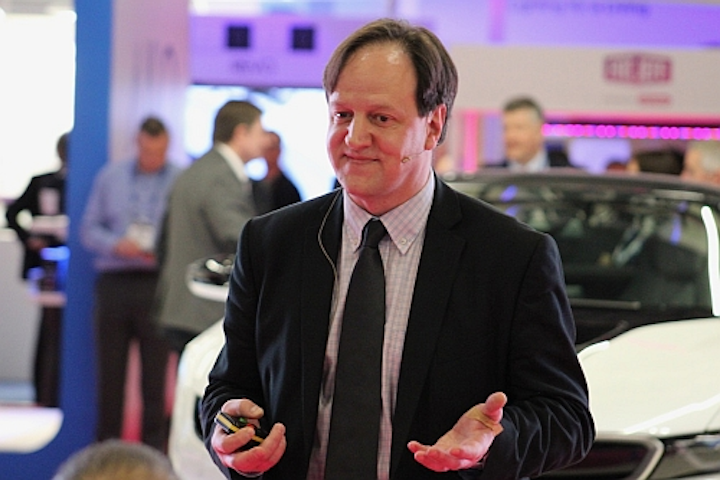 Developers keep at it, although broad commercialization of light-delivered Internet could still be a couple years away.

A couple of leading Li-Fi developers have announced advances that they hope hasten the technology’s arrival. Signify revealed it now has about 30 pilot installations, while also acquiring a Li-Fi company. Meanwhile, Scotland’s pureLiFi said it has cranked up transmission speeds to 1 Gbit/sec, about a 20× increase.

Li-Fi uses lightwaves from LED luminaires — rather than the radio waves of Wi-Fi — to deliver broadband communications such as the Internet. The lighting industry has ambitions to offer it as a Wi-Fi-like product and service. It is another part of the move beyond illumination toward a data-focused business model in which the lighting infrastructure would morph into an IT infrastructure.

Like many of the industry’s data-related initiatives, Li-Fi is enduring a prolonged gestation. One of the obstacles is that gadget makers have yet to embed Li-Fi receiver chips in phones, tablets, and laptops. Standards could help instigate that, but international standards body IEEE is not expected to release one until 2021.

Still, Signify and others keep pushing ahead, noting that Li-Fi will add much needed spectrum in a world where Wi-Fi bandwidth is rapidly saturating The Li-Fi light spectrum has about 1000 times the frequency range of Wi-Fi. Li-Fi enthusiasts also point out that it is more secure than Wi-Fi, because it requires line of sight.

In a conference call with analysts last week to discuss fourth quarter and year-end financial results, Signify CEO Eric Rondolat identified Li-Fi as one of three key “new and promising growth platforms,” noting that “we are investing heavily in the fast growing areas of horticulture, solar, and Li-Fi.”

Rondolat revealed that Signify has quietly switched on over 30 pilot sites. It has added most of those since launching a small Li-Fi pilot in the offices of real estate firm Icade in Paris a year ago.

Another advantage of Li-Fi is that it minimizes electromagnetic interference.

“Usage of Li-Fi is ideal in radio frequency sensitive areas, like hospitals, clinics, factories, and schools, or areas with poor or no Wi-Fi connection at all, like, for instance, multi-tenancy buildings,” Rondolat said. “We see a very healthy appetite for Li-Fi, which is reflected in the fact that since our first pilot with Icade in France in the first half of 2018, we now have more than 30 pilots in all corners of the world.”

Rondolat stopped short of identifying the 30 locations, as did a Signify spokesperson when LEDs Magazine inquired.

But the spokesperson confirmed news, first reported by LiFi Report, that Signify has acquired San Diego-based FireFly LiFi, which had been owned by San Diego-based LightPointe Communications and Dresden-based Teleconnect GmbH.

The December acquisition was at least the second such pick-up for Signify within a two-year span. It echoed an under-the-radar pre-Christmas purchase of small French Li-Fi firm Luciom in late 2016, when Signify still went by the name Philips Lighting.

“Signify’s strategy is to focus on lighting products, systems, and services and connected LED lighting, aiming to become the leading lighting company in the Internet of Things,” the spokesperson said. “The acquisition of Firefly’s technology is in line with this strategy. It will allow us to complement and strengthen our expertise and accelerate our Li-Fi innovations.”

Like with the Luciom deal, Signify did not disclose how much it paid. “I can share with you that we acquired from Firefly the assets related to Li-Fi, including a small number of employees,” the spokesperson told LEDs. The employees are believed to include Firefly CEO Heinz Willebrand. 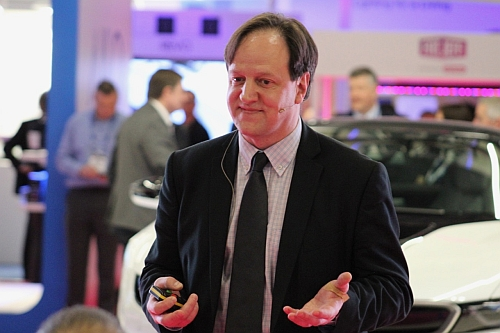 Meanwhile, Edinburgh-based pureLiFi today said it has developed chips that support speeds of 1 Gbit/sec, nearly 20× faster than the 54 Mbit/sec it was supporting through technology it supplies to French luminaire maker Lucibel, which designs pureLiFi technology into its luminaires.

Li-Fi requires chips both in luminaires and in the receiving gadgets. The chips that pureLiFi announced today fit into devices. The company said it will demonstrate them in a commercial device at the Mobile World Congress in Barcelona at the end of this month, although it did not say which gadget maker will show the technology. It’s not clear whether pureLiFi has also upgraded the luminaire chips.

“PureLiFi have announced that they have the first gigabit Li-Fi components ready for mobile devices,” the company said.

A firm commitment for commercial quantities from any gadget maker still looks at least two years away. Although pureLiFi has designed chips small enough to embed in devices, trial uses often rely on chips mounted on dongles attached to USB ports.

“We’re already in discussions with mobile phone manufacturers, demonstrating how our optical Li-Fi components will enable innovation in their products and transform the user experience,” said pureLiFi CEO Alistair Banham.

PureLiFi’s trial sites include a small installation in a room at the London area headquarters of Telefonica-owned UK mobile network operator O2.