Hubbell's Kim Lighting division took yet another approach to networks and controls at Lightfair tapping Bluetoooth for an in-grade LED-based product, while the Kurt Versen and Hubbell Building Automation units each won LFI Innovation awards. 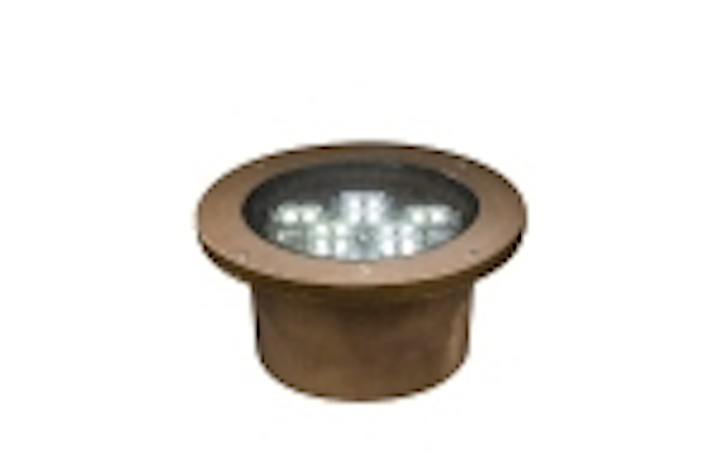 Still it's the Bluetooth connectivity that makes the product the most interesting. Hubbell says that the LightVault 8 marks the first time that Bluetooth has been used in a lighting product. Bluetooth is clearly more commonly known as a way to wirelessly link mobile phones and peripherals such as headsets. It has also been used in devices such as printers.

The potential disconnect with the lighting application is the range of Bluetooth technology because it was conceived as a personal-area network, essentially for use within a room, whereas mesh networks such as ZigBee can cover thousands of feet if not a mile.

Apparently Kim will utilize Bluetooth primarily for commissioning, or updating, the operating profile of in-grade luminaires once they are installed. For example, you could set the dim level, and even aim the luminaire via deck tilt using a standard Bluetooth-enabled smartphone. Bluetooth will not likely be used for persistent connections to the lighting.

Meanwhile, Hubbell brands collected two wins at the LFI Innovation awards announced Tuesday morning prior to the exhibits opening, and one of those had a controls angle as well. In the category of controls, building integration, site automation and distribution systems, Hubbell Building Automation’s WASP2 Dimming Outdoor Occupancy Sensor was named the category winner over products such as Lutron's EcoSystem technology and Philips Color Kinetics IntelliPower system.

In the recessed downlights category, the Kurt Versen MultiSource fixture won the category. The fixture family offers the flexibility of using different types of lamps ranging from PAR to MR16 with either LED-based lamps or legacy bulbs.

"Hubbell Lighting is known for producing best-in-class downlights and lighting control technologies -- winning this year’s LIGHTFAIR International Innovation Awards in these two categories is a true testament of our leadership in these areas," said Scott Muse, President of Hubbell Lighting.
Latest in Networks & Controls