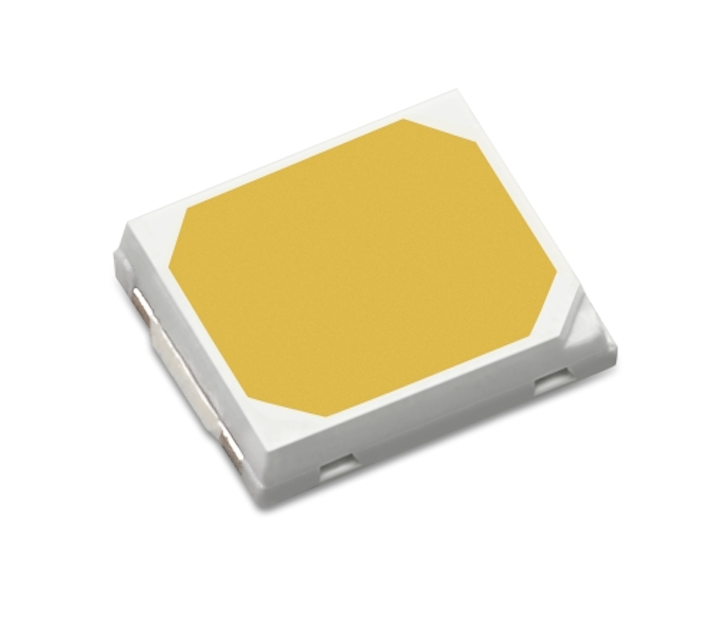 Lumileds has announced the Luxeon 2835 HE family of mid-power packaged LEDs that feature tight color consistency and efficacy exceeding 200 lm/W. Legrand and Lumileds also have jointly announced a partnership focused on enabling simple tunable-white luminaire developments combining the former’s LED drivers and controls and the latter’s Matrix family of modular solid-state lighting (SSL) products that are based on Luxeon LEDs. The tunable lighting products can enable applications ranging from nice ambience in hospitality to human-centric lighting that was the focus of our Lighting for Health and Wellbeing Conference earlier this year.

Lumileds continues to show an increased emphasis on mid-power packaged LEDs that can serve in applications that have in the past been more typically served by high-power LEDs — either because of the light levels required or demanding light quality. But going back several years to what the company called “Mid-Power March,” Lumileds’ mid-power portfolio has enabled higher performance, better reliability, and tighter lumen and color consistency attributes for SSL product developers. Indeed, the Luxeon 2835 line was originally introduced in March 2016.

The new HE extension to the Luxeon 2835 family specifically targets high efficacy and tighter color consistency. Lumileds believes those attributes will enable the LEDs to serve in application such as high/low-bay fixtures and troffers for commercial spaces. Moreover, the company has 12,000 hours of IES LM-80 test data on the LEDs and projects L70 lumen maintenance to 72,000 hours based on IES TM-21, thus matching the reliability requirements of the target applications. 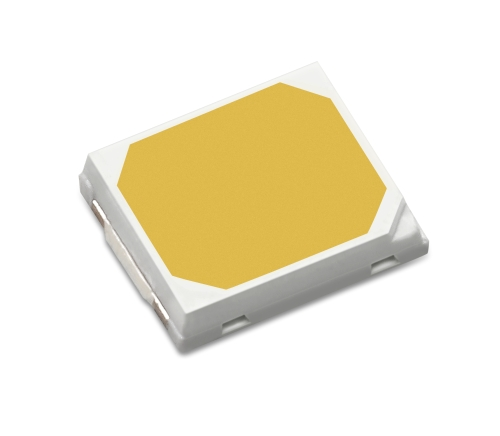 Lumileds adds new mid-power packaged LEDs to the Luxeon portfolio, with the 2835 HE (High Efficacy) devices that can achieve upwards of 200-lm/W efficacy depending on drive current.

“The LED’s tight color point distinguishes it from other mid-power devices in its class. Design kits to 2-step MacAdam ellipse are available for the ultimate in color consistency for demanding lighting applications,” said Sam Wu, product manager for mid-power products at Lumileds. “Luxeon 2835 HE is ideally suited to troffers, downlights, and lamps where fixture efficacy greater than 150 lm/W is paramount and LED count must be minimized.”

Lumileds said the new packaged LEDs produce 36 lm at 65-mA drive current, achieving efficacy of 202 lm/W for a 4000K-CCT LED. But developers can also drive the LEDs at much higher levels to minimize component count in a product — 480 mA will yield 220 lm. Lumileds will offer a wide range of CCTs and CRI to 90.

You can get a look at the details of the packaged LED sector and the uptake of mid-power LEDs through market research published by our Strategies Unlimited business unit. The annual “Worldwide Market for LEDs” report is among the unit’s most popular reports. At Strategies in Light earlier this year, Strategies Unlimited director of research Philip Smallwood said LED revenue would grow from $15.9 billion in 2017 to $22 billion by 2022.

Moving to the tunable SSL news, Lumileds will now be the exclusive supplier of modular LED arrays or what are often called Level 2 modules for Legrand’s tunable lighting program. Lumileds has been offering such Level 2 products that can accelerate product development going back to 2014.

Legrand will leverage the relationship to offer a turnkey kit of enabling technologies that will allow its luminaire-developer customers to more easily bring tunable products to market. The company will offer what it calls Blanco 2 products that have simple two-channel tunable white capability, and Blanco 3 products that can support tuning that follows the blackbody locus via three LED channels.

Legrand will supply LED drivers from its DLM family of products along with required cables, harnesses, connectors, and so on. When lighting designers/specifiers purchase a Blanco-enabled product from a Legrand luminaire partner, they can specify Wattstopper controls that will work seamlessly with the tunable luminaires.

“Legrand’s collaboration with partners like Lumileds, as a leader in the LED industry, is essential in the adoption of dynamic lighting control,” says Andrew Wale, vice resident of product marketing at Legrand. “As high-performance buildings shift their focus towards a total building performance model, occupant comfort and productivity become paramount. Tunable lighting, as part of this shift and a dynamic lighting control strategy, plays a key role. But its potential is only realized when quality of light can be delivered from an end-to-end solution that integrates lighting source, fixture, and controls with ease of system design, install, commissioning, and first use.”