Several different power converter topologies can be employed, depending on the circumstances, to provide efficient control of LED systems, writes Iain Moseley. 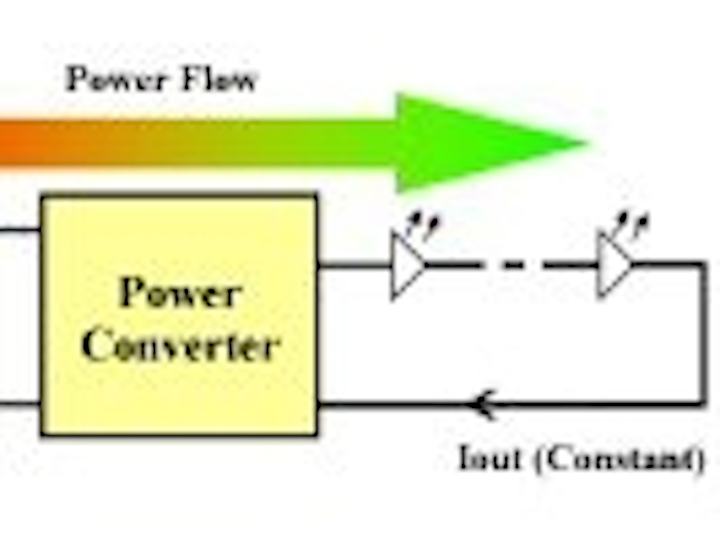 In recent years, improvements in LED efficiency (lumens/watt) as well as new thermally-enhanced device packaging have resulted in LEDs becoming a viable option for general illumination.

Increasingly now, the focus of the technical challenge in reducing cost and improving performance is shifting towards the electronic circuitry that powers the LED.

This article is the first of a series that highlight how modern switched-mode technology can be used to make the most efficient use of available energy at a minimum system cost.

General LED system
Historically, lighting was easy to drive since all that was required was a voltage source that could be directly connected to a bulb. Most energy sources provide almost constant voltage and the result is a simple low cost system for incandescent bulbs.

LEDs however, have an optical output intensity which is almost directly proportional to the current flowing through them. In general, LEDs need to be driven by a constant current source; a generic LED lighting system is shown in Figure 1.

The power converter ‘box’ shown in Figure 1 in practice would comprise a driver IC and various different power components to form the LED drive system.

This article was published in the August 2007 issue of LEDs Magazine.