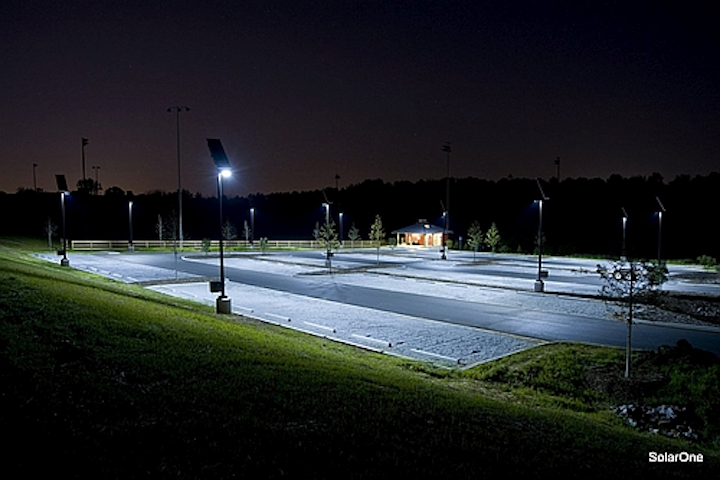 In solar-powered solid-state lighting (SSL) business news, SolarOne has announced the acquisition of Inovus Solar, although terms were not released. Both companies have focused on LED-based solar lighting systems, but there are apparently few overlaps in their technology and product platforms. Inovus operations have been funded by private equity investments, and SolarOne is a privately held corporation.

LED technology has revived interest in powering lighting from the sun. After Strategies in Light 2014, we published a feature article that included a section on solar street lighting. Stalled solar panel efficiency had made the technology largely insufficient to power legacy light sources. But efficient LED sources made outdoor solar-power area lighting feasible.

Boise, ID-based Inovus Solar brings to the new organization what it calls a wrapped pole, essentially a solar-panel skin for the poles that the company has said is more reliable than traditional flat panels, not susceptible to wind, and aesthetically pleasing. The company has supplied such poles with internal batteries for off-grid usage and in on-grid models that return energy to a utility during the day, while using grid energy at night. 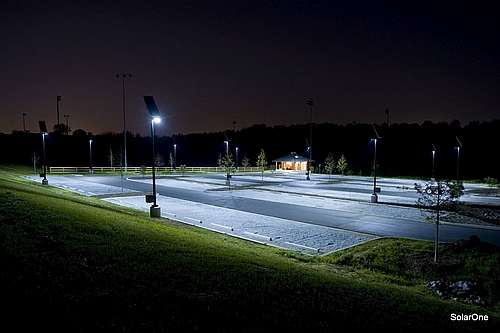 Azzam expects the combined organizations to lead Needham, MA-based SolarOne to a position as perhaps the largest solar lighting business around the globe. “What comes next from the melding of these two dedicated and talented teams is what I am most excited about. No other solar lighting company has this depth. It will allow us to accelerate our worldwide growth initiatives,” said Azzam.

SolarOne has focused on off-grid systems throughout its history including the Solo platform for residential streets and commercial pathways. The company said it has installed projects in 15 countries. SolarOne and Innovus were both involved in the Consortium for Solar Lighting that launched about five years ago to accelerate the uptake of solar-powered SSL, but that has been largely inactive for several years.