The 2014 calendar year arrived with plenty of news in the LED retrofit lamps space from the likes of Philips Lighting, Switch, and Belkin, including an interesting adaptive-controls story. 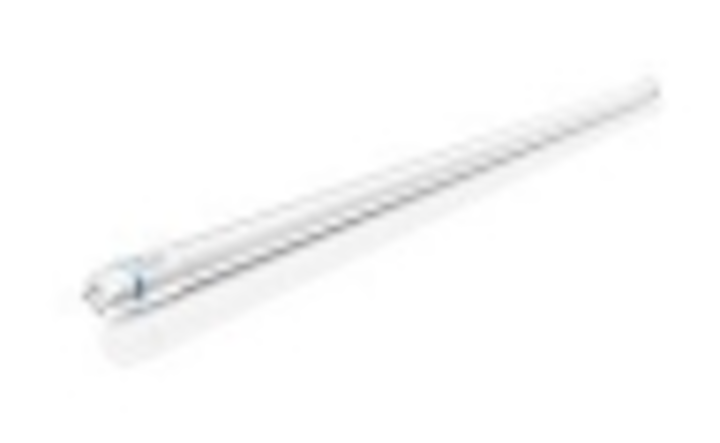 Switch Lighting has announced that it is shipping the Infinia family of LED retrofit lamps that were demonstrated at Lightfair International (LFI) back in the spring of 2013. Belkin International is a home-networking specialist that used the Consumer Electronics Show (CES) as venue to enter the lighting business with an LED lamp that can be controlled by smartphones and tablets. Philips Lighting, meanwhile, delivered on its promise to ship a sub-$10.00, 60W-equivalent LED lamp with the SlimStyle now available at Home Depot, and the company formally announced its InstantFit LED-based replacements for T8 tubes.

As we noted at the end of 2013, retrofit lamps were a hot topic throughout the year, and it appears that will remain true in 2014 based on the start. Indeed, analyst firm IHS recently said that 2014 will be the tipping point at which LED lamps will be broadly adopted based on reasonable payback periods, and lower prices are key to that potential development.

Just before the holidays, we had covered the new SlimStyle retrofit lamps announced by Philips Lighting and the company had promised that the lamps would be in stores on January 2. We speculated at the time that the lamps might come in priced under $10 and in fact that is the case. Single lamps are priced at $9.97. A pack of four lamps drops the individual lamp price just under $9.75. Assuming the lamps earn Energy Star recognition as Philips as promised, rebates will drive the prices consumers pay even lower.

Now Philips will make the tubes more widely available with promotion starting with the announcement. "We studied the process for replacing fluorescent tubes with LED technology step by step to tackle those issues that dissuade facility managers and installers from making the switch," said Rene van Schooten, CEO for light sources and electronics at Philips Lighting. "We found speed and simplicity were key."

At least one customer is echoing the simplicity story. "Using the new LED tube does not need any special operation," said Mariano Herranz, maintenance technician at Spanish natural gas utility Gas Natural Fenosa. "You just substitute the old tube for a new LED one." But the utility found that the lamps deliver on what Philips said is 40% energy savings relative to the incumbent tubes. Ramón Silvero, product manager of the lighting department at the utility, added, "The savings made are spectacular."

Moving to Switch, the company has said that it is shipping its second-generation LED lamps in the Infinia line. Switch said the 60W-equivalent products will sell for as little as $11.99 with the products coming to market at commercial distributors, showrooms, and retailers. Presumably Batteries Plus Bulbs stores will be the first source for the new bulbs, but that retailer does not have the new Infinia line listed on its website as this article was posted live. Switch said the lamps will sell for $4.00 less with rebates in some markets.

Switch has struggled to get its unique lamps to market previously. The first-generation products came to market more than two years after initially promised. Even the Infinia lamps were supposed to have been on the market last summer. The lamp design uses liquid within the diffuser globe to cool the LEDs and that has clearly made the transition to volume manufacturing a challenge.

Switch also announced recently that it has received a Special Recognition Award from the US Department of Energy (DOE) and its Lighting Facts program. The DOE recently recognized 18 companies for the 2013 calendar year.

We always see some lighting news come out of the mammoth CES show and the most significant news of day one was the entry of Belkin into the lighting market. The company is best known for its home networking product line and over the course of the last two years has pushed its WeMo technology platform for home automation. The WeMo family has included wirelessly-controlled products such as AC outlets, switches, and sensors; and now will include LED retrofit lamps.

The WeMo LED Lighting Starter Set includes two of the 800-lm lamps, a bridge that links WeMo devices to home Wi-Fi networks, and apps for Android and Apple smartphones and tablets that can control the devices via wireless connections locally, or remotely over an Internet link. The products work similarly to the Philips Hue family, although the lamps aren't color tunable, and we have a more detailed article on the WeMo feature set on our LEDs Magazine website.