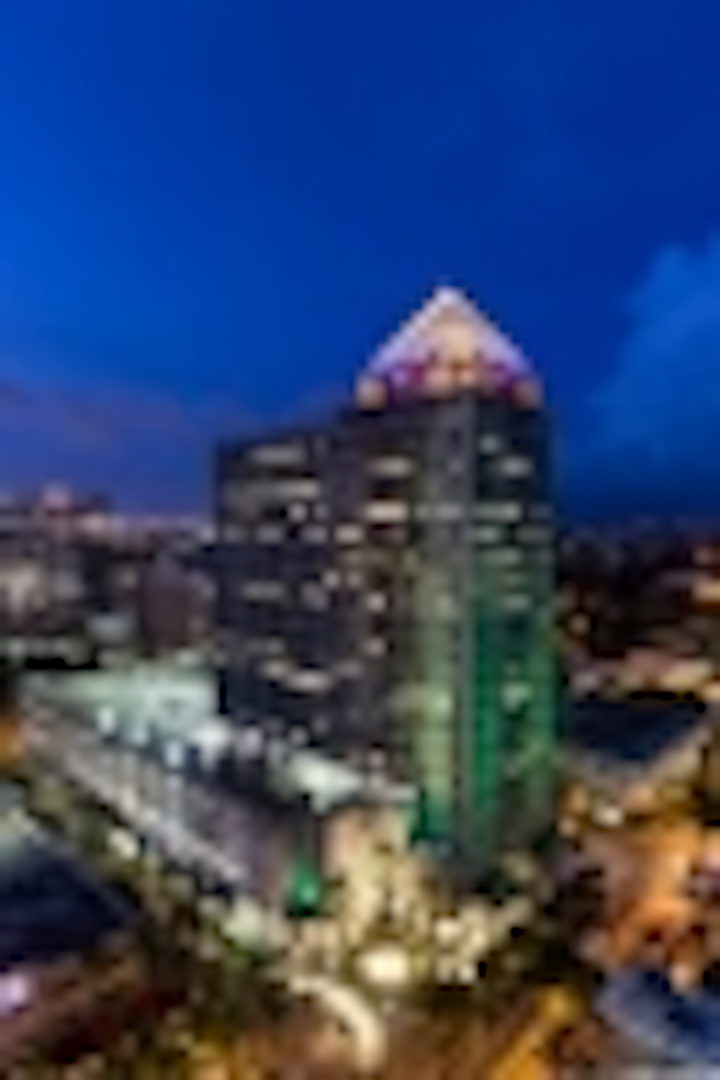 "With the LED lighting retrofit and other initiatives put into place, we will be able to maintain our leasing momentum with major national office and retail tenants," said Chris Rotolo, president of Stiles Property Management. "Las Olas City Centre will not only shine brighter due to the upgrades — further cementing the building's status as an icon on the Fort Lauderdale skyline — but will also operate much more efficiently."

The lighting system is capable of dynamic nighttime presentations. The building managers will also use the programmable system to promote charitable causes and for custom holiday presentations. Such systems are increasing in popularity, and LED Source had installed a similar solid-state lighting (SSL) project in the area at the Miami Tower last year in Miami, Florida.

The project included façade lighting on the southwest, southeast, and south faces of the main building and on the southwest wall of the parking garage. Moreover, the retrofit features new lighting on the 23rd-floor rooftop including the signature 42-ft ziggurat on top. The ultimate goal was both to create a skyline statement and to enhance street-level lighting along Las Olas Boulevard to attract customers and enhance the ambience of the upscale restaurants, nightclubs, and retail shops in the building.

"More building owners are realizing that in addition to energy-efficiency, dynamic LED lighting can really help them stand out in a city skyline and create a unique, competitive advantage by differentiating themselves in the leasing market," said Paul Kennedy, general manager of Philips Color Kinetics. "People appreciate sustainable initiatives and the digital benefits also give owners a new way to engage and react with the community by using the lighting system to celebrate local events and causes."

The lighting retrofit was part of a broader green initiative undertaken at the property including recycling, waste-to-energy, water-conservation, and green-cleaning programs. In fact, the building has earned LEED (Leadership in Energy and Environmental) Gold status.

"Already a very prominent and well-maintained building, the Las Olas building now stands out amongst the city's various towers as a leader in sustainability, defining Fort Lauderdale as a forward-thinking market," said Gavin Cooper, vice president of LED Source. "The exterior LED lighting retrofit is one of the most important elements of a broader initiative to reduce energy and water usage and to follow sustainable management practices at Las Olas City Centre."

The project delivered a 77% energy reduction compared to the prior lighting that consisted of 144 metal-halide (MH) fixtures. The building owners will realize $26,897 savings annually in electrical and maintenance costs.