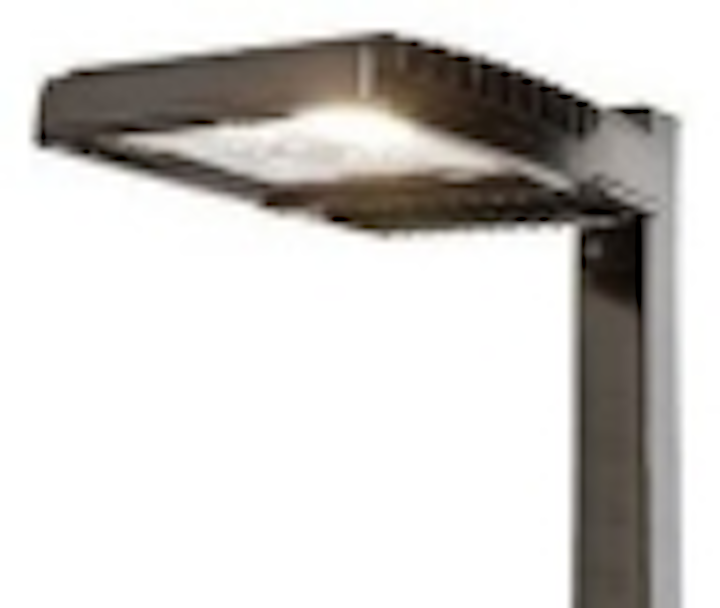 The engineers at GE had the idea to reduce fixture size incrementally and basically create four lights that would suit "the size of virtually any parking lot, big or small,” says Tim Miller, senior product manager for GE Lighting. He added that outdoor spaces that were originally optimized only for HID can now be retrofitted with GE's outdoor lighting "using a 5:1 spacing ratio with fixture poles."

Similar to GE’s Evolve Cobraheads for lighting roadways, which were a Best-in-Class winner in the recent Next Generation Luminaire competition sponsored by the Department of Energy, Evolve's area lights use reflective technology (not refractive) to achieve an optical design that offers better vertical illumination and uniformity, and less glare and wasted spill light as fixture lumens can increase up to 25,500.