Lessons to be learned from LED product recall

The LED lighting industry should react positively to news that an LED lighting product has been recalled due to a fire risk in the circuit board, writes Brian Owen. 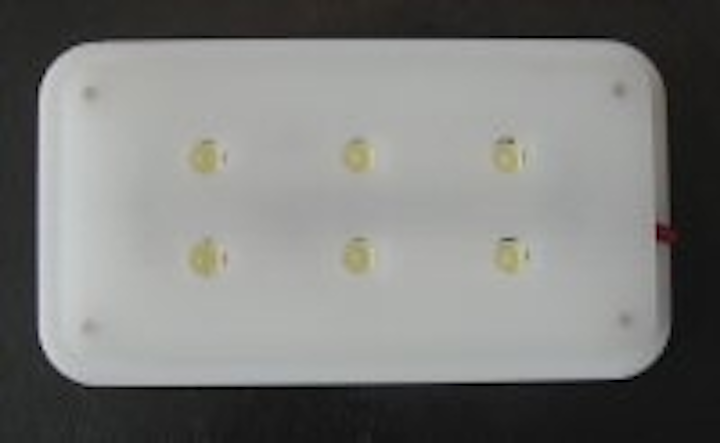 The U.S. Consumer Product Safety Commission recently announced a recall of LED lights manufactured by Plan 9 Inc., of White Salmon, WA, due to fire hazard (see CPSC announcement). The stated hazard is that the circuit board in the lights can overheat, posing a risk of fire. The E Light is a 12-Volt DC light fixture with recessed LEDs typically mounted on the ceiling or under a counter. The recalled light is a flat, white rectangle with three LEDs (in the three-watt model) or six LEDs (in the 6-watt model).

It had to happen, luckily sooner than later in the development of LED general illumination products. Also, luckily, this product was caught quickly so as to avoid any serious repercussions. It is accepted that every industry goes through a maturation process, where it inevitable that some products will encounter challenges. Some products will face an issue that will result in a recall. Whether it is due to components or quality control and workmanship, the same result unfortunately occurs, a stigma is created that overshadows the core technology.

In this case, it is highly unlikely that the current recall has anything to do with the fact that the core technology is LED. However it will be the LED that will get the black eye in the short term. We all know that black eyes do eventually go way, but questions are asked and you usually have some explaining to do.

Over the years of recent, I can remember many instances of this type of this effect in the development of Compact Fluorescent Lamp (CFL) products. Stories of smells, smoke and fire resulted in a lowering of confidence in the CFL. Although these were negative, the industry becomes stronger as the result. Better products are developed and have counteracted this, along with the ongoing development of standards.

Again, the outcome is better product and stronger standards, including the recently published ENERGY STAR criteria for Decorative Light Strings. In any recall, the mettle of the manufacturer is tested by the manner how they conduct themselves in order to resolve the issue.

It is now time for the LED industry to react in unison to this with a campaign of awareness and education. Don't put on the sunglasses and pretend it can't or didn't happen. Embrace it with an explanation, because when the sunglasses come off, you will still be asked about that black eye!