A university spin-off has developed technology that enables a high-power LED chip to be driven using a high-voltage AC supply. 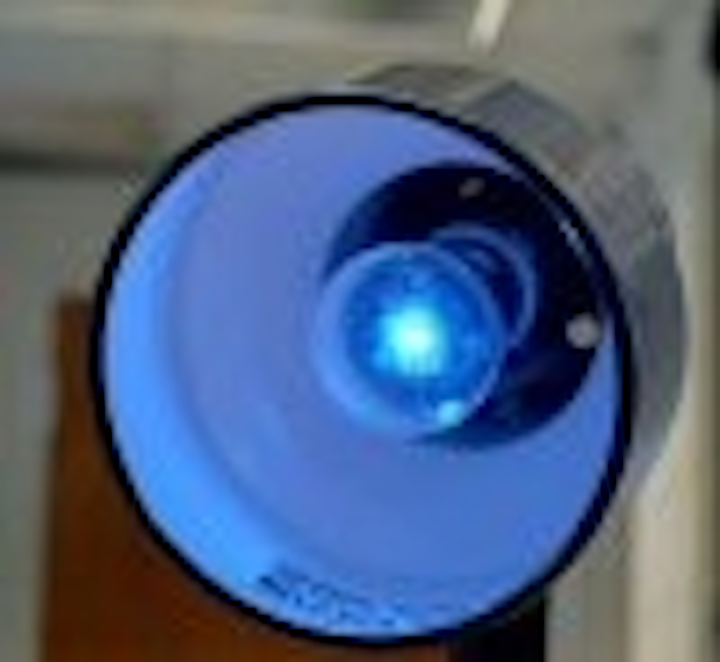 III-N Technology, Inc, a company located in Manhattan, Kansas, has developed single-chip power AC-LED lamps that can be plugged directly into standard power outlets or lamp sockets without power conversion. The company has applied for patent protection covering its invention.

The announcement was made at last week's Photonics West conference on January 26, 2005 by Hongxing Jiang, who founded III-N Technology with his fellow Kansas State University professor Jingyu Lin. III-N Technology says that its AC-LEDs were demonstrated to the US Department of Defense community in a forum held in May 2004 in Reston, VA.

Last week's announcement came at around the same time as Seoul Semiconductor unveiled a similar technology in a press conference in Korea.

III-N Technology’s invention evolves from the micro-LED array technology by the same inventors, which was featured on the cover of Compound Semiconductor magazine in November 2000. The micro-LED array consists of several tens of nitride LED devices fabricated on a single semiconductor chip. The emitters can be individually addressed so that the chip acts as a multi-pixel microdisplay.

III-N Technology has further developed the manufacturing technology to fabricate arrays of emitters linked in series by on-chip interconnects. The number of linked emitters is chosen so that the sum of the voltage drops across the individual emitters adds up to the voltage of the AC supply.

Since LEDs only emit light when they are forward biased, 2 arrays are created, one of which lights up during the first half-cycle of the AC power source and the other of which lights up when the polarity of the source is reversed. Of course, it is also possible to use a single array and a high-voltage DC source, if required.

The technology eliminates the need for an AC-DC power converter, which is expected to lead to significant cost savings, while the chip-level architecture could lead to improvements in efficiency compared with single-chip high-power LEDs. The main advantage, however, is the compatibility with the existing lighting and electricity infrastructure.

III-N Technology says that its power AC-LEDs have comparable luminous efficiency to existing DC power LEDs of the same chip size. Hongxing Jiang says that the company is seeking to license its technology to manufacturers of DC power LEDs, and that the chip fabrication technology is fully compatible with DC power LED production lines.