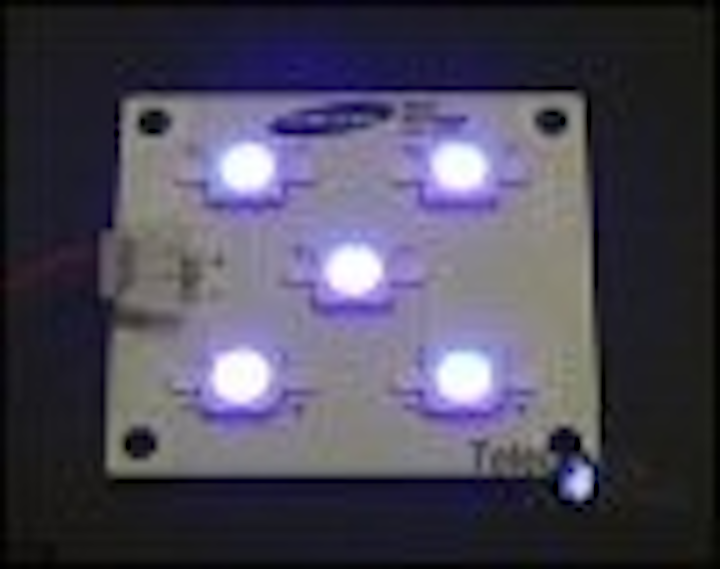 SEM has carried out joint development work with an LCD television maker, with the aim of launching LED BLU products in the first half of 2006.

The products are likely to include a 7-inch backlight for navigation systems, a 12.1-inch model for laptop computer screens, a 24-inch model for desktop LCD monitors and a BLU for a 40-inch television.

One estimate suggests that LED-based BLUs are expected to reach a market size of $2.7 billion by 2009.

SEM is also preparing to enter the LED lighting market, which it predicts could be worth up to $3.9 billion in 2010.

The company has reportedly added staff and established the necessary expertise in large-area chips, high-performance packages, phosphors and lenses.